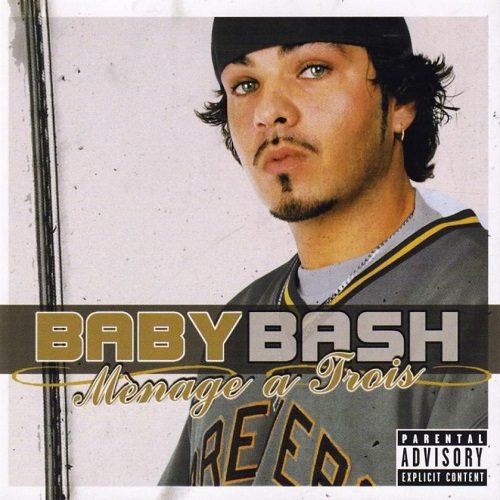 Bash or Beesh? It all depends. You may know this latino rap sensation better by the latter if you followed him in his days with Potna Deuce or Latino Velvet, as an underground sensation straight outta Vallejo, CA. You may know him better by the latter if you followed his career after moving to Houston, TX in the 21st century. While his first couple of albums on Dopehouse Records were still under the Beesh moniker, he officially became Bash when he hit the big time with a deal on Universal Records. For all intents and purposes he doesn’t seem to care which name you address him by, as long as you’re interested in his music. 2003’s “Tha Smokin’ Nephew” definitely had people interested, thanks to the huge crossover exposure of his “Suga Suga” single. After a decade’s worth of rapping and recording, struggling so much at times he sold speed on the side to get by, it seemed like he’d finally made it big.

And just like that, Bash vanished off the pop charts. “Suga Suga” should have been followed up with an equally big single, and although there’s some indication the label tried to push “Shorty Doo Wop” as a follow-up it was clearly half-hearted. What’s even more shocking is that “Menage a Trois” arrived on store shelves with no prior warning or single in rotation, although the label CLAIMS that this album features the hit single of the same name with a sticker on the cover. Really doe, have you seen this song on 106 & Park? Have you heard it on the radio anywhere? It’s bizarre that the label would go to the trouble of releasing this album with no announcement, let alone go the EXTRA length of packaging it with a bonus DVD. Of course it’s rather telling when you watch it that the “Menage a Trois” video looks like a Baby Bash home movie half of the time, and the other half is professionally shot and edited footage of women bouncing around in lowriders, with almost no shots of Bash rapping whatsoever.

Even if they were going to be somewhat half-assed about supporting Bash, including a bonus DVD is usually a sign that a record label wants to give you extra incentive to buy their album. Ironically as interesting as this extra material is, you really don’t need any more reason to buy “Menage a Trois” than the fact it’s a Baby Bash album and there’s 80 minutes of music up on it. The lead single is a kinky romp that’s definitely from a mindframe that Atlanta and Miami bass artists would appreciate. “Let yo’ thong slide to the side, chica open wide/and let my fine-ass baby momma put her tongue inside.” You nasty boy, you nasty! Come to think of it, I really don’t think this song COULD be edited enough for radio or video, which is why it’s even more strange the sticker on the shrinkwrap billed it that way. There are much more appropriate songs that could have been featured: the slow-rolling “Dime Piece” with the crooning of Russell Lee, the mellow and humerous “On Da Go” with a hook like Everlast or “Little Bit More” by Tony C and the Truth, or even the dark tinted G-Funk of “Who Wanna Creep” featuring a reunited Latino Velvet. Production is largely handled by Happy Perez throughout the album, with the latter track being one of the exceptions – it’s handled by Bunkie. For the most part though the sound is the same swinging and styling cool that made “Tha Smokin’ Nephew” such a refreshing pleasure to listen to.

On the whole the dead-in-the-water arrival of “Menage a Trois,” an almost eighty minute long CD complete with bonus DVD, defies logical explanation. The only thing one could think is that Universal is intentionally trying to de-rail his career and dump him. It’s telling that they no longer even want to be the primary label of record, letting Empire Musicwerks take credit and then putting “manufactured and distributed by Universal Music & Video” in very small print on the back cover. Nobody knows what’s going on here, but the lack of a push is certainly no reason for you to not go out and pick up “Menage a Trois.” While this album might actually suffer from being a little bit too long, the buyer will certainly get their money’s worth. If you were a fan of him as Beesh or only discovered him last year after he blew up nationally, “Menage a Trois” will be a satisfying purchase that doesn’t exceed last year’s effort, but is far from the dissapointment you’d imagine by Universal’s overwhelming lack of support.