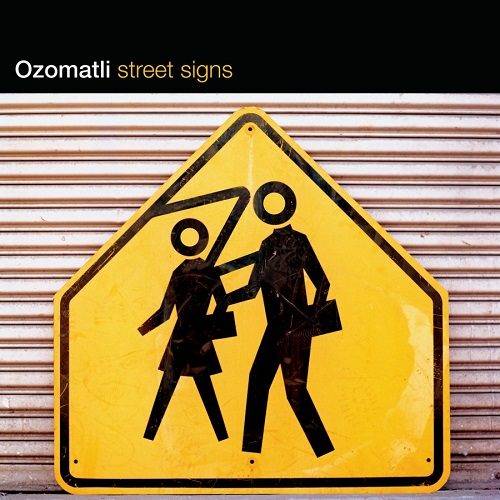 If you looked up “cult following” in a musical dictionary, you’d be as likely to find a picture of Ozomatli next to it as any other group. Despite a diverse musical roster, a friendship with Jurassic 5 that has caused them to heavily feature Cut Chemist and Chali 2na on past releases, and a funky sound that’s an infusion of salsa, rock and hip-hop, Ozomatli feels like a group that’s always just below the radar. If you know about them, somebody probably told you. For me that word of mouth came from fellow writer Lauryn Hill and OutKast in the same year the two released what might be the best albums of their career. With that kind of endorsement, I couldn’t NOT check for the O.

2004’s “Street Signs” is a worthy successor to their fine catalogue of music. To be clear this might not be an album for your typical hardcore rap fan. That’s not to dog El NiÃ±o or Jabu for their rap vocals, or say that DJ Spinobi is in any way lacking on the wheels of steel, but simply to note that the two are not the primary focus of the group. Rather they are parts of an intricately woven sound that includes Wil-Dog Abers on bass, Raul Pacheco on guitar and vocals, Asdru Sierra on everything from vocals to trumpet, Ulises Bella rocking more things than there is space to list (most notably saxophone), percussion by everybody from Mario Calire to El NiÃ±o to Jiro Yamaguchi, and let’s not forget Sheffer Bruton on trombone. The group has the organic live feel of The Roots, the swing of a mariachi band, and the political activism of Rage Against the Machine (with some of their grungy rock to boot). To give you an idea how serious they are about the latter, one of their first singles off this album is titled “(Who Discovered) America?” It’s a sly dig at the idea that Christopher Columbus was the first to set foot on these shores, as they croon about the fly girl with green eyes that they chased a dream across the ocean to see. Erick Sermon would approve.

Jurassic 5 fans will be glad to see Chali 2na is still down with the Ozomatli sound as he appears on “Who’s to Blame,” but for the rest of the album the group gets by without guest vocalists and really doesn’t need them. “Te Estoy Buscando” (“I Am Looking for You”) is one of the most soul-stirringly beautiful latin songs I’ve heard, almost shaming Wyclef Jean for the gall of recording “Guantanamera” in the first place. “Saturday Night” on the other hand is a slap funk hip-hop romp that begs you to “dip, dive, socialize” like an old school hip-hop party song. Is it any coincidence these songs come back to back on “Street Signs”? Of course not. With a sound as diverse as their group, Ozomatli may be pointing you in a lot of different directions with their “Street Signs” but they all still lead you to musical satisfaction.