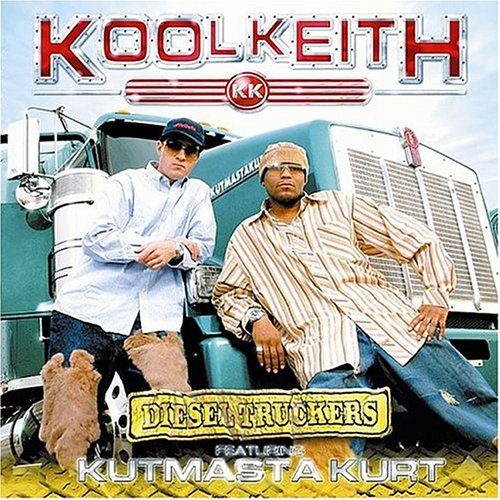 A comprehensive discography for Kool Keith would in all likelihood be longer than this review. In a career spanning three decades, Keith Thornton has had almost as many albums as he had alter-egos. In the end though whether he morphs into the perverted Reverand Tom, the demented Mr. Gerbik, or the futuristic rock star Black Elvis, fans always seem to the releases as “the latest Kool Keith project.” In part that can be attributed to the fact he started out as Kool Keith during the Ultramagnetic M.C.’s era, and while any of his other nom de plumes in rap are just as valid, it’s the original Kool Keith persona which is indomitable because it’s the closest to his true self both figuratively and literally. Side projects come and go, some are more successful than others, but in the end Keith is always the master of Kool.

Unfortunately the last couple of returns to his roots have felt less than fulfilling. 2000’s “Matthew” and 2001’s “Spankmaster” felt like gigantic steps backwards rather than a re-energizing return to his trademark styles. Actually that’s not quite accurate. One should actually say that Kool Keith decided his core persona was best expressed through diatribes about how fraudulent other rappers were, while engaging in hardcore fetishism and masturbatory behavior. Keith has gotten more and more voyeuristically bizzare over the years, and even when he wanted to rap about giraffes having pretty asses one could presume it was a joke or a put-on, or even a send up of many hip-hop artists hypersexual superficiality and male machismo attitude in general. One could also presume that simply by virue of having a career as long in years as some of today’s rappers are in age, Keith felt himself to be a vanguard of rap tradition whose sworn duty it was to expose how “fake and plastic” everyone else was. The problem is that with a few notable exceptions (Too $hort being one of them) you can only say the same things over and over again so many times before even the most die-hard fans grow weary. Keith’s very style seemed to deteriorate along with his interest in saying anything new. He had long since abandoned a traditional rhyme pattern to his raps, but on these albums he seemed to be ignoring the beats altogether – which some would say is a fault of the fact Keith himself produced them. Kool Keith may be a legend for his years on the mic but musically his tracks often sound like someone noodling around with keyboards, synthesizers and samplers in a half-drunken stupor and recording the results.

What Kool Keith really needs to be at his best is a creative partner to take over the production duties, leaving him free to concentrate solely on his lyricism. The proof is in the pudding, seen in both his classic work during the Ultramagnetic M.C.’s days as their lead rapper, and in his work with Automator and DJ Q-Bert on the classic “Dr. Octagon” album. One of his best collaborations of recent years was with Kutmasta Kurt, who helped Keith “kill” the Dr. Octagon persona with fine beats for the Dr. Dooom album “First Come, First Served.” The two worked together extensively for a while but split apart after Kurt’s “Masters of Illusion” project featuring Keith and Motion Man. Maybe Keith sensed that his career was careening headlong into a tunnel of self-parody from which he’d never escape. Maybe Kurt wanted to recapture the magic of their earlier collaboration and convinced Keith to join him on the journey. Either way the two have finally reunited on “Diesel Truckers” and it’s good news for fans of both artists. Kurt’s return is like an energon boost to the ailing Autobot in Keith, and on “Takin’ it Back” it seems his systems are finally returning to nominal levels:

“Come follow me, PS 53 classmate with Kenny Pound
The Cold Crush Brother, watching Cassanova Lover
The master flower, Keith Thornton, there’s no other
My class over at three with Bronx MC’s
The super imposer, cruisin on the major deacon
Quarts and blunts, sippin Olde E on the weekend
My girl Fatima, half black and Puerto Rican
I’m movin fast rate, Webster down to Bathgate
A lot of guys was good, but many came half weight
The comp got bad, the city came half rate
Think to the critics, I left them all in debate..”

Complete with a silky smooth beat and a scratched in sample of Black Moon’s own Buckshot Shorty saying “I’m takin it back” in the chorus (from the classic track “How Many Emcees”) the song floats on a breeze of hip-hop perfection. That’s not to say Keith is living in the past on this album, nor has he completely abandoned the bugged out flow that brought him a crossover audience in the 1990’s. “Too much _I Love Lucy_ kid, you think you’re Desi Arnez” quips Keith on the pop culture referential “I Love You Nancy” where he even wryly notes “ask Miami Vice about me, Miami twice about me.” You can even find him “Diesel Truckin'” across the country with MC Dopestyle, talking about “diesel trucks with big engines/Caterpillar motors,” proving the album’s theme was not just an afterthought:

“Y’all talk a lot of mouth, while we pulled up at the wafflehouse
Interstate we movin forward, 18 gears, the bridge ain’t closed
4008 Peterbilt, orange and gray long nose
Hauling apples grade A, spark trailers on payday
Your meat get delivered on tough beats
While y’all supposed to be movin on tough streets”

This is at long last a Kool Keith album that feels like he’s having fun, instead of almost purposefully trying to piss off his fanbase just to see how much more monkey sex and “you MC’s are all frauds” raps they would put up with. Whether flowing over a track laced with electronics and tough bass like “Can I Buy U a Drink?” or “Kenworths With Wings,” or going old school musically and lyrically on “The Legendary” or “Serve ‘Em a Sentence” featuring Motion Man, or just getting straight up bugged on quirky cuts like “The Orchestrators” or “Mental Side Effects,” the end result is that Keith benefits from reuniting with Kurt in ways he couldn’t even have anticipated in advance. That’s not to say Kutmasta Kurt is the be all end all of rap producers, nor that Keith couldn’t benefit from finding himself even more focus than he has on this album, but “Diesel Truckers” rolls across the roads of your mind in an almost hour long trip that’s well worth the ride. It’s part Keith Thornton, Dr. Octagon and Black Elvis all rolled up into one.