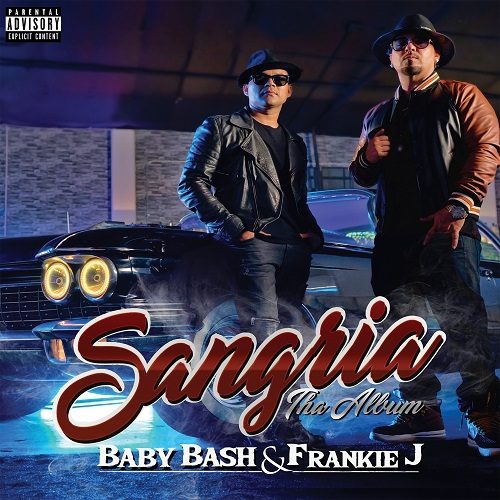 In the realm of pop/dance singles that find literal lyrical inspiration in hip-hop hits, none so far was as successful as Robin Schulz feat. Francesco Yates’ “Sugar.” In 2015 and ’16 it went platinum in 7 countries (including the United Kingdom), and reached the official top ten in 16 (including 4 top spots). In the company of Icona Pop’s “Girlfriend” (2Pac), Austin Mahone’s “Say You’re Just A Friend” (Biz Markie), Ariana Grande’s “The Way” (Big Pun), Little Mix’ “How Ya Doin'” (De La Soul) and Cheat Codes x Kris Kross Amsterdam’s “Sex” (Salt-N-Pepa), “Sugar” also featured the most recent influence with “Suga Suga,” Baby Bash’s 2003 smash with singer Frankie J.

Of course “Sugar” is just more proof that warbling a melody is about as challenging as whistling it, while an existing rap cannot be easily recreated to the same effect and in many settings (such as “Sugar” and the market it was supposed to be successful in) a rap verse still stands in the way of mass acceptance if you’re just another random global DJ making music for random global dancefloors. In short, “Sugar” only used “Suga Suga”‘s hook, deliberately ignoring the sly serenade to Mary Jane that the original song was.

Speaking of formulas, “Suga Suga” certainly seemed to establish Baby Bash and Frankie J as a winning combo. They collaborated for at least five more songs between 2003-05, and with “Suga Suga” producer Happy Perez scoring them all, he has to be considered a part of the equation. The trio combines decades of industry experience. Perez came up out of Baton Rouge alongside Young Bleed and has produced for a wealth of A-list artists, including Chamillionaire and Machine Gun Kelly, Frankie was part of a celebrated crossover group called Kumbia Kings, while Bash has held it down for the Bay Area and the Latino constituency for more than 20 years. Why it took the trio more than ten years to team up over a full-length is another question, but who knows, perhaps Schulz’ “Sugar” played a role. A lot happened since the year of “Get Rich Or Die Tryin’,” but let’s find out whether their new release is “Suga Suga – The Album” in all but name.

For “Sangria – The Album” they agree to primarily accomodate the female members of their audience, and since wine, women and song is a tripartite motto for the ages, they choose to do so with more complimentary comparisons from the world of consumption. As with “Suga Suga,” it’s not a hundred percent clear who gets compared to what, but judging from the lyrics, the drink stands for the dame rather than vice versa:

“Girl, you got a playa feelin’ things I’m not used to
Freaky as a mutha but still classy as zoot suits
Holdin’ down ya boy, addin’ views to my YouTube
(…)
Red wine, red wine, I give you my lifetime
Any way you go down, you still remain mine
You still remain fine, you still remain kind
Let’s make it some’n official, create a bloodline
Start a family, do it organically
It’s gonna take the man in me to make sure we live happily”

Bash is a versed writer, and it wouldn’t be surprising if during the last line above the classic Pac couplet “Last night my buddy lost his whole family / It’s gonna take the man in me to conquer this insanity” turned around in his head. Of course the purpose of a Baby Bash record is to make you forget your worries, so you’re not going to get the martyr/messiah thing from him. He’s more busy contributing to the melodic orientation of his music with a little singing of his own. Nonetheless he’s always good for some internal rhymes or far-out phonetics like this one from “Cinco de Mayo”:

“Let’s party like Cinco de Mayo
Chop it up like pico de gallo
Cause everytime you see me you smile
We smokin’ fuego, it’s loud”

Still, performance-wise it is not the rapper’s time to shine, and if this tag team proves anything, it would be that it is indeed hard for a rapper to compete against a singer when they are equal partners. Frankie J’s silky vocals invariably come out on top and send these tracks right to a woman’s heart (or so one would imagine). Overall however, the album has to be commended on the vocal arrangements as a whole, which are nuanced and purposeful. Latin pop is obviously the main influence, but you also have “Road Trip,” which takes inspiration from Bone Thugs-N-Harmony – by way of Nelly, here and there Adam Levine seems to rear his skinny head, “Que Sera (Is This Love)” has an innocent ’50s vibe, and the slinky, synthesized funk of “Candy Coated Dreamer” recalls Bruno Mars’ “24K Magic.” The latter, rewritten for the single release to give it an inspirational touch (perhaps they realized they were laying it on too thick with all the romancing) has definite hit potential. The blatantly metaphorical “Cancion de Amor” had its chance in 2015, and any self-respecting singer stashes his most sugary and schmaltzy material away on the album. But the title track, which trucks sensuous vocals with thick drums, is pretty damn tight. Subtle guitar struming completes the compact structure of the track, easily the soundtrack to a relaxed car cruise.

In terms of cameos, Marty Obey infuses the second smashed serenade, “Tennessee Honey,” with young blood, while Kap G turns it up on “Body Yo Body” (countered by an attempt at modern rapping on Bash’s part). Paula DeAnda and Chiquis Rivera provide the recognizable female parts, the former to “Butterfly Kisses,” a 2012 single so sticky it clogs up your ear canal, plus the aforementioned “Body Yo Body,” which combines a quartet of voices into a cohesive whole, even as Happy Perez essentially serves up a throwback to late ’90s/early ’00s R&B with filtered vocals and mechanical guitar licks. MC Magic is another longtime Latin artist who jumps on the talkboxing old school funk of “She’s Gangsta For My Love.”

Even Vallejo player Jay Tee feels compelled to conjure up the lover in himself on “Zoom Zoom.” If you wanted to point out the reframing of Baby Bash the rapper after “Suga Suga,” you could do so by comparing the 2002 Jay Tee/Bash track “Vamanos” and this album’s “Vamonos,” and not just because of the improved grammar. Although Bash himself isn’t much of a help when he deems himself “uncockblockable” (he made an entire song out of the word recently), “Vamonos” is an extraordinarily well-made, subtle party song that may take place in a strip club but firmly remains on the classy side of seduction.

On “Que Sera (Is This Love)” Baby Bash promises to a beloved, “We gon’ get feelings that you really can’t fake.” That seems just slightly ironic coming from musicians who are in the business of faking feelings. But it does correspond with the intent to provide something real and organic. Maybe they don’t succeed all the way in that regard, and maybe “Sangria – The Album” is a one-dimensional and often formulaic affair, but they follow a formula of their own.