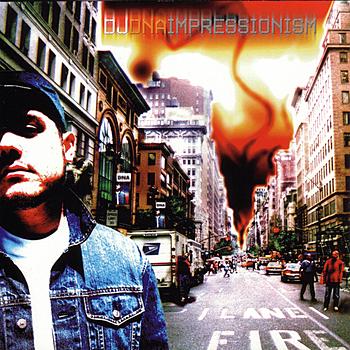 As the rap scene continues to auto-cannibalize and drown itself in redundancy and materialistic excess, it becomes increasingly apparent that a good proportion of disillusioned hip-hop heads have turned their collective attention to other creative channels. Enter the rise of the DJ. It is hard to imagine a more exciting time for the turntablist, or indeed an age where the microphone has even been deemed passÃ© as the pivotal instrument in hip-hop culture, an epoch where hip-hop hierarchy is defined by how deep your crates are, as opposed to the karats in your Cuban link. Hell, there was a three page article on Sweety G in the last Elemental, and it is glaringly apparent that the turntable has, with hip-hop’s stranglehold on popular culture, assumed its position as the sexiest instrument on the planet.

Perhaps the most fascinating product of the DJ’s ascent in hip-hop is the introduction of the DJ solo album. Don’t get smart alecky on me now, you know them DJ Red Alert and Kid Capri solo joints were mixtapes that you copped on the strength of emcee contributions as opposed to the nimble dexterity of said DJ’s fingers. Fast forward a few years, throw Q-Bert and growing interest in the DMCs in the mix, and we find ourselves in a peculiar era where scratch heroes like the X-Ecutioners, RJD2, Blockhead, J-Rocc, DJ Signify, Octavius and Omid find themselves churning out exclusively instrumental pastichesâ€¦and they sell, too! RJD2 finds his unshaven visage plastered all over en vogue rags like XLR8R, magazines dedicated exclusively to the art of turntablism sit comfortably next to The Source in grocery stores, posters of Mixmaster Mike adorn dorm room walls instead of Tupac Shakur mugshots, Cut Chemist and Shortkut gigs draw sell-out crowds. Bizarre, ain’t it?

Approaching DJ DNA’s “Impressionism” from this perspective, the release seems hardly unusual, following in the template etched by frontrunner DJ Shadow and further refined by the hordes of indie heroes who have worshipped at his altar since “Endtroducing…” first revolutionized the role of the turntablist. What is immediately notable about the record is the fact that it’s a Bomb Hip-Hop release. For the woefully ignorant, I’ma break the mathematics down. As one of the labels at the forefront of the turntable revolution, BHH has, from the teeming shores of the Bay Area, dedicated itself to the proliferation of turntable art. While one cannot discount the chivalrous intentions of the label and its typically solid releases (most notably Alien Army’s “The End,” the somber, evocative Italian work that they recently put out), it is hard to agree with the ebullient gloat that oozes out of “Impressionism”s press release. Apparently this record “brings you back to the revolutionary and exciting days of the Scratch Piklz… the peak of DJ Shadow’s “Endtroducing…” period.

It has to be noted that this reviewer is not a turntablist himself. I hail from an era still enamoured with the microphone, and have remained rather blasÃ© in the age of turntable fervour. Sure, I own some 1200s, but nothing has really possessed me to engage in scratch excursions. This is not to say that I have no appreciation for the turntable renaissance- DJ Shadow’s records remain in my disc changer, RJD2’s new record ranks among my favourites this year, and DJ Signify’s nightmarish soundscapes arouse the demon in me. Unfortunately, DJ DNA fails to warrant the glowing comparisons his label has generously blessed him with.

Interestingly enough, the press release itself pinpoints the essential, starkly obvious deficiency of the record- “What so many producers don’t take into consideration when they are working on an instrumental project, is that no one is going to rap over the tracksâ€¦.so the beats need to be thick enough and they need to be able to tell a story themselves.”. Kudos to BHH for putting it so succinctly and saving me a good deal of ink. In all earnesty, the story that unravels within this record is a portrait of a DJ very much taken by his influences, who is clearly attuned to the pulse of this culture and has devoted a sizeable amount of time honing his craft, but ultimately lacks the charisma and musicality to deliver a charming musical product.

As BHH noted, a producer’s solo album has to be interesting. If you’re not going to go the Dame Grease, Swizz Beatz and DJ Drez route by sticking high-profile emcees on your beats, you have to be self-sufficient with the tracks at your disposal. The self-sufficiency of the DJ is the most interesting thing about an instrumental album- the age of sampling has eradicated the need for live instrumentation and allowed the turntablist to replicate all of them through samples- but it is also the most dangerous. Prefuse 73 got it right, and got it right again with Savath & Savalas’ “Aprop’t,” successfully replicating an entire Latin music troupe on his lonesome. RJD2 and Ratatat demonstrated that you don’t even need amps or guitars to create rock compositions. 2ManyDJs revolutionized the â€˜mash-up’, cutting and pasting samples over each other, cutting and splicing samples into smithereens and piecing them together in intricate, danceable jigsaw puzzles. DJ DNA’s flaw is he fails to realise the pitfalls in engaging in such a project, and apparently seems content in producing work that is content on reclining on complacency and lukewarm uniformity, devoid of the adventure of said artists.

His intentions are decent enough- b-boy friendly drums lace “Destructions Theme” while a nod-friendly piano riff dances atop a guitar lick. A toe-tapping bassline and insistent crash cymbal fuels “Live From The Unheard”, giving way to manic drum fills and swelling into a peculiar cyber cacophony before returning to the initial beat. Decent attempt at progression. DNA then proceeds to delve into downtempo to reasonable results with “Daily Grind”, groove-oriented Greyboy funk on “Infection Collection 1”, Bing Ji Ling-ish bass on “Electrocution Behind A Feeling”, complete with brazen wah wah guitar (though the facets that propel this track eventually sink into confusion). The problem with all these tracks does not lie in their execution per se, but in their scope- if this is your virgin experience to the world of turntable music, you will perhaps be suitably impressed. However, much of the material here is formulaic compared to the visionaries that presented these ideas first.

Brownie points must, however, be awarded for a laudable attempt at adventure- the 11 minute long title track. “DJ DNA’s dedication and thank you to some of the producers, DJs and MCs that have inspired him”, the track is essentially a grab bag of assorted classic beats and breaks that have laced some of our favourite boom-bap records. On show are “Award Tour”, “Come Clean”, “The Bridge Is Over”, “Humpty Dance”â€¦It pains me to say that the appeal of this track lies solely in the short-lived novelty of playing â€˜name-that-tune’, and that the track ultimately ends up resembling a live mix or mixtape rather than an attempt at creating a musically credible stand-alone composition. DNA does not make any legible attempt at mixing or cutting these samples in a creative way- he does not splice them or rearrange them as a microhouse producer would, nor does he place enough of a personal stamp on them to render them distinct. The track fails on all fronts- it lacks the technical pizzazz to dazzle turntable aficionados, the samples are far too obvious to enthral crate diggers, and the conclusive result is a track that sounds like a poor man’s Hip-Hop Forever, sans the vocals, which makes things all the worse.

“Impressionism” epitomizes the faults inherent in DJ DNA’s work- it is an ambitious endeavour, but the complacency and inability to innovate hinder the work from achieving its lofty goals. The work appears content on surfing the marketability of DJ albums in today’s musical climate. It lacks the grandiose progressiveness of DJ Shadow, the dramatic, dynamic scope of RJD2, the emotive capacity of Blockhead, the unrelenting bile of Sixtoo and DJ Signify, the minimalistic intrigue of Four Tet, the irrepressible quirk of Quantic. Instead, it is a rather toothless mish-mash of noble, but lazy ideas. If the DJ is on the bleeding edge of creativity and invention, “Impressionism” is perhaps an uninspiring sign that the producer album is itself in jeopardy of redundancy. Going back to the chronology presented in the beginning of this review, this would have been cool 10 years ago.