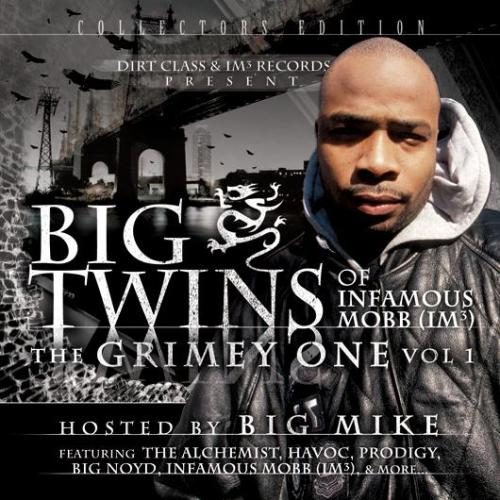 The most jaded question in rap right now is “who’s the hardest”. Every rapper on the planet claims to be Scarface resurrected in the flesh while wildly accusing their comparable competition of being “fake”. It’s become a rap war of attrition. The casualties appear in audiences, who have begun turning their backs to the static. Mobb Deep ruled over the “real” realm of rap with dark, brooding beats and vivid, macabre rhymes. However, the self-coined “infamous” Mobb suffered reputation meltdown a few years ago after an onslaught of bad publicity marked the group’s lead lyricist, Prodigy, as “fake.” First, Jay-z brutally attacked Prodigy on “The Blueprint”, only augmented by the Queensbridge native getting robbed for a quarter-million dollar chain in his own hood. Then Nas, assumed ally of Mobb Deep, shocked the world by dissing P in his own song. Yet, most damning of all was Mobb Deep’s follow-up album, “Infamy”, which was so pop-driven it made Ja Rule cringe in shame. (Most of this can be blamed on the completely overrated Scotch Scorch, who persuaded the group to go TRL.)

Contrary to everything right and holy in this world, selling out worked for Mobb Deep. Their R&B crossover hit “Hey Luv (Anything)” propelled them into the MTV chain-gang of teenage deities. (I think P and Hav where wedged somewhere in between Hilary Duff and Pink.) They have been making massive amounts of money ever since. Common to financially stable artists, the group started franchising like a fast food chain – first with Big Noyd, next the Infamous Mobb, finally Alchemist. Now Big Twins is up to bat. “The Grimey One Vol. 1” is officially a mixtape, but feels more like a preview album since most of the beats are original. If anything, “The Grimey One Vol. 1” is Big Twins’ first real test as a solo artist.

Hardcore hip-hop fans will be pleased to hear the production on “The Grimey One Vol. 1” sounds authentically Mobbish. Cryptic synthesizers and heavy baselines run throughout, and proving true as a Mobb Deep releaseâ€”you’ll be brooding in malcontent in no time. A few noteworthy gems to look out for are “Get Dead”, produced by Evidence, and “World That I Live In”, by Sebb. Havoc and Alchemist only contribute a total of three beats, most of which go toward Mobb Deep songs. However, fill-in producer Sid Roams recreates the sinister ambience Mobb Deep is known for in songs like “Trapped In” and “For the Hood”.

As strong as Big Twins’ beats are, his flow is horrible. He simply lacks the lucid imagery and descriptive detail that makes Mobb Deep so engaging. Big Twins’ five freestyles showcase his shortcomings as a lyricist. Most injurious though, he just doesn’t seem to give a shit. He takes vocals for granted, relying on his distinctly raspy voice to carry him through verses instead of skill. Thus, he sounds like every other rapper out, only with emphysema.

Overall, Big Twins just isn’t strong enough lyrically to carry a solo album. Thankfully, a fair amount of new Mobb Deep songs are scattered about to pick up the slack. “Stuck On You” resembles the group’s recent, sample driven songs with Alchemist such as “Win or Lose” and “Hold You Down”. “In The Pocket” is a little more unorthodox but carries punch, and “Baby Baby”, produced by SC, is just straight gully. Surprisingly, Havoc only shows up in “Get It Right” and briefly in an untitled bonus track. It looks like fans will have to flounder around a little longer for material from Hav’s much anticipated solo album.

Mobb Deep and their affiliates are still probably considered the hardest crew musically, but their lyrics are becoming diluted with tough talk and bullshit. Big Twins epitomizes these flaws. His hardened bravado only make him look more generic. The truth is, while record execs brood over marketing gimmicks and artists fret over how to adapt to the constantly changing trends, they ignore the true power behind music: it’s empathy. The greatest musicians know that people everywhere share the same set of emotions, and if you can tap into those universal feelings your appeal is infinite, shit, look at Eminem. If the fans understand an artist through empathy, they live vicariously through them. Mobb Deep built a fan base through their self-evocative raps. The didn’t talk about the hood or how hard they were, the showed audiences the hood and expressed their anger and pain. Big Twins instead relies on tough talk and his dwindling connection with Mobb Deep to establish credibility. The only reason to pick up his album would be if you were starving for some hardcore and just couldn’t wait on Havoc’s solo release. But then again, that is craving a steak and settling for McDonalds.