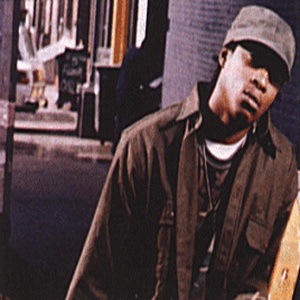 Shelved albums are always a delight for the rap nerd, presenting the dividing line between the pedestrian head and the fanatic: were you up on that INI joint way back when? Did you cop a late pass on that Deda last year on the Pete Rock reissue? Were you on the ave bumping that Mega Testament jawn that Def Jam kept in the crypts? What you know about that Kamaal the Abstract? Do you own that Percee P shit? You own all that Tony Touch emcee series? Of course, this crotch-grabbing contest can be taken to the next level with a comparison of breaks records and rare vinyl, but these are all baffling questions that every slobbering rap geek worth his salt has wrestled with. There is a definite gratification involved in being â€˜in the know’- it allows you to assert a self-assumed superiority over less knowledgeable heads and console yourself for being so irrationally devoted to rap music. As Kanye so eloquently stated, “You ain’t up on this!”

So quick question: How many of y’all were really up on the Outsidaz? As an eternal favourite of this particular reviewer, the Outsidaz were a short-lived New Jersey troupe far ahead of their time, predating the current rap climate where punchlines and wit serve as the defining measuring stick of an emcee’s ability. Crude, unrefined and unerringly frank, the Outsidaz sculpted a legacy based on menacing drug, gun and money rhetoric, delivered with unapologetic humour atop vintage East Coast production. With a brilliant demo, two stunningly consistent recordings and inspired verses on The Fugees’ seminal The Score LP, one would expect that the Outz would have secured more recognition, rather than being an act that rap hounds discuss in hushed tones. With their apparent implosion in the late â€˜90s, a host of Outsidaz clique emcees proceeded to pursue personal glories, with Pace Won’s sublime “Won” being the first solo offering to win widespread critical acclaim. Ask any Outsidaz fiend who his favourite member is, however, and the answer you’ll tend to hear is “Pace is ill, but Zee is that dude!”. The Ghostface of the Outsidaz collective, Zee’s charisma is unparalleled- his high-pitched, animatedly exaggerated delivery blesses him with supreme mic presence, and his tremendously stark sense of humour centres around the crudest of subjects: groupies, weed, firearms and fisticuffs.

From the goosebump-raising nostalgia that the opening track “Don’t Fuck With New Jersey”, the L-Boogie assisted “Stay Gold” and minor smash “Problems” should incite in you to the head-snapping “Everybody Get High”, there isn’t a bad track in sight here, a fact that should prompt you to question the obscurity of this record. Everything about this record reeks mid â€˜90s East Coast (my personal favourite rap era)- the bass-soaked funk, the midtempo, headnod-inducing snares, the scratches, the huge hooks, the fixation with herbal substances. Unquestionably, this was the apex of gangsta rap- where tough guy flexing was not necessarily simultaneous with the sullenness and lack of humour that is so evident today, where street posturing and thug rhetoric was delivered with enough finesse to get bodies moving. Young Zee is the culmination of all that was dope about mid â€˜90s East Coast funk, holding his own with similarly-overlooked talents like Blahzay Blahzay, Cella Dwellas, CRU, Smoothe and Trigga, Royal Flush and Breez tha Evahflowin.

While similar-minded emcees like Redman and his baby momma Rah Digga have gone on to win greater critical and commercial accolades over the past few years, Young Zee’s record is a true gem that should etch a permanent smile across the jaded faces of hip-hop enthusiasts of all ages- the quotables are incessant:

“Sending bad bitches to the chiropractor”

“You don’t keep it real, you playin’
You don’t do none of that shit your A&R got you sayin'”

One can certainly trace his scrupulously enunciated drawl and thumping production to other New Jersey peers, but in all earnesty this record is deserving of all the praise you have lavishly bestowed on Whut? Thee Album, Blunted On Reality or Muddy Waters. As a document of the classic New Jersey sound and indeed East Coast rap circa ’94-’98, Musical Meltdown is just as consistent, accessible and enduringly endearing as the aforementioned records. If names like Channel Live, Originoo Gunn Clappaz, Zhigge and FT mean something to you, you should be ashamed of yourself for not owning a bootleg of this buried gem. If you love your punchlines raw and fun and are growing disillusioned with the stoic, monotonous dick-flexing of today’s rap, look for this on the internet- not only will it make you instantly cooler than all of your less-informed friends, it will also leave your neck in a cast and renew your faith in dope, unpretentious battle rap.