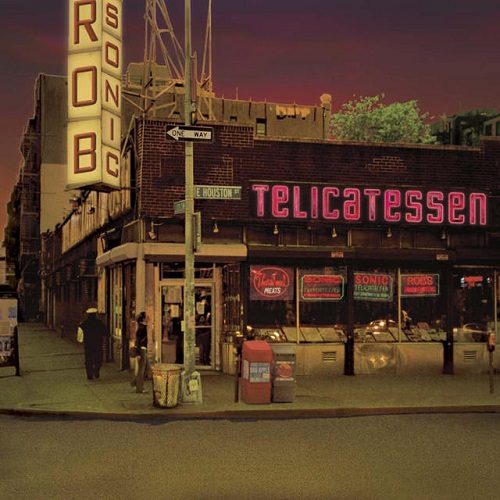 Of all the peculiar observations I’ve made on hip-hop this year, there is no development more intriguing than the emerging interest from the indie rock crowd. Look around you, the signs are clear, MURS is rocking Poison The Well and S.T.U.N. t-shirts while getting interviewed by Rockpile, Sage Francis just signed to longstanding punk rock powerhouse Epitaph, etcetera. What this means, of course, is that legions of suburban youth that once exorcised their prepubescent demons with The Smiths, Dinosaur Jr. and Elliott Smith now found unlikely heroes in unassuming whinemongers like Slug and Pigeon John. Trading their Superchunk shirts in for Definitive Jux hoodies, they’ve even started crafting their own insidious interpretations of rap- hipster faves the DFA helmed the boards for Automato’s new effort on Coup D’Etat, Gold Standard Labs inked gangly Cali favourite Subtitle, we’ve even had haphazard, almost laughable caricatures of rap from indie kids like MC Lars. While I am unsure as to how long this bizarre relationship will last, as someone who has grown up with both Fugazi and Jay-Z this is certainly a glorious spectacle to behold. The latest emcee to send rawk chick hearts aflutter is Rob Sonic, whose brownie points originate in being able to count luminaries like Radiohead and Interpol among his fanbase. Having secured a sizeable buzz in recent months, this is Rob’s first attempt at inducting himself into the Def Jukie Olympus inhabited by El-P, RJD2 and Cann Ox.

In all honesty, I approached this album with extreme scepticism – while I am a card-carrying member of the punk rock army, having plied my trade for various indie and punk-oriented zines and supplying vocals/bass for several musical outfits in between crafting rhymes and writing rap album reviews, I have typically not held the punk rock kid’s taste in rap in high regard- read any indie zine and the likes of Boom Bip, Beans, Buck 65, cloudDEAD and Headset will likely be spoken of in reverent tones, none of whom I have a high opinion of. The political slant of punk rock has always been ethically opposed to rap’s more incorrect impulses, the murder, the misogynism, the widespread advocation of drug culture. As such, my love for Redman, the Outsidaz, MC Eiht and UGK have always been met with wide disdain in discussions with fellow rockphiles. With my jaded perspective on rock scribes comes the instinct to avoid any emcee indie types are wetting their underpants over. I mean, when music like the Anti-Pop Consortium and Paul Barman gets good reviews in Filter you need to be especially wary.

Giving myself into the inexplicable urge to purchase this record, I propped myself against my speakers with an arrogant smirk plastered across my face, possessed by a sadistic desire to hear a terrible record, in part to justify my general disdain regarding Definitive Jux releases and perhaps even more so to satisfy my omnipresent need to affirm my musical foresight to my delirious friends. It therefore pains me to say that I was way off-base with this particular release- Rob Sonic has crafted something that is sonically adventurous enough to satiate the artiest Definitive Jux advocates, without veering near the self-indulgently avantgarde territory that has marred El-P’s recent output.

From a musical standpoint, one finds it exceedingly difficult to ignore the fact that this is a Definitive Jux release throughout the musical proceedings- this fact is thrust in your face throughout and though El-Producto didn’t get his grubby sonic fingerprints all over this one, he might as well have: the new wave synths and cybernetic drum patterns bleed with Def Jukie sincerity. Don’t reach for the stop button just yet, though, for while El-P has been preoccupied with absolutely pointless beefs with Demigodz members, misguided pseudo-jazz projects and creating borderline unlistenable music, Rob Sonic forges the New Order-informed synths and throbbing, almost-Neubauten basslines of vintage Company Flow with a genuine desire to create listenable, enjoyable product.

Perhaps the most striking feature of this record is Rob’s own vocal delivery, which while reminiscent of several contemporary underground titans, is captivating and hypnotic all the same. I can definitely identify shades of Vast Aire (the calculated, deliberate, enunciated monotone) and the BRILLIANT I Self Divine (again, the monotone, plus Rob Sonic’s meandering stream of consciousness approach certainly echoes the Micranots emcee). Lyrically the material predictably embarks on highly abstract tangents, as Rob indulges in highly esoteric cyber fantasies of “helium demo tapes.” Listen closely, though, and within Rob’s mechanically-precise, watertight delivery you will unearth gems like “make ’em throw chatter on tragic moments and package ’em ’cause that’s showbiz.” Undoubtedly, however, this stands as the most glaring fault of this record- what on earth do some of these bars mean? The fact that Rob’s range of intonation and inflection is as crudely mechanical as the walls of sound he crafts doesn’t help the issue any.

In truth, though, this is a small drawback to stomach when one sits down to savour the glorious production on offer. Rob Sonic absorbs elements of earlier electronica, industrial and IDM to create delectably expansive, engrossing parfaits of sound- this is perhaps the greatest space boogie funk record since The Cold Vein dropped. Much like Cannibal Ox’s landmark record, Rob Sonic’s work successfully strikes a remarkable balance between IDM experimentation, industrial-sounding white noise soundscapes and conventional, verse-hook-verse, 4/4 rap. Fully conscious of the fact that his chosen brand of sonic alchemy can either entrance (The Cold Vein, Illogic’s “Celestial Clockwork”) or repel (Babbletron’s latest, Fantastic Damage), Sonic conscientiously peppers his leftfield endeavours with liberal shavings of conventional song structure and memorable hooks, making for a genuinely listenable experience that should please any rap fan with an open ear. Much like Gift of Gab did with his solo effort this year, Rob Sonic’s attempt to consolidate a position in the hearts of the rap public by deviating from his group’s headier formula has gifted us with an album that simultaneously baffles and invites. Such perplexingly enjoyable treats are so hard to come by that I have no option but to brand this with my stamp of approval.