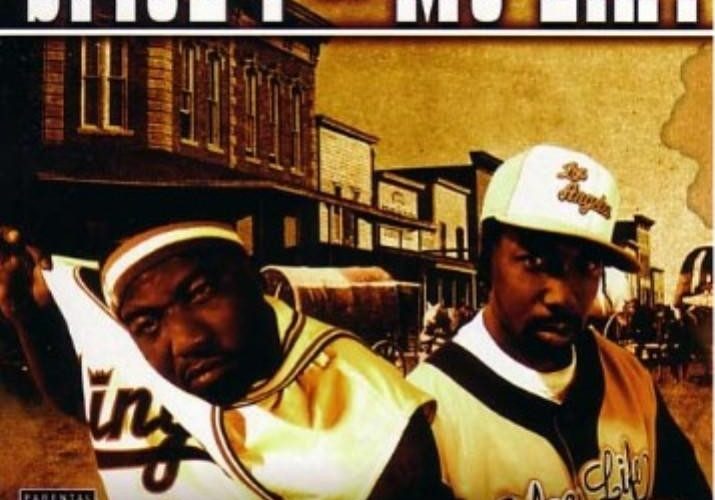 Spice 1 and MC Eiht :: The Pioneers

Spice 1 and MC Eiht on the same CD?? It seems almost surreal: two of the West coast’s most revered veterans pairing up on wax in the year 2004. My inner voice did its best impersonation of Eiht’s signature “Gyeahh” as I copped this album, but I must admit I approached it with caution. As I popped the CD into my car stereo I almost expected to hear either a repackaged version of old Spice 1 and MC Eiht collabos or possibly some studio magic a la 2pac’s posthumous releases. I try not to be pessimistic, but I think every rap fan has been tricked at least once by slick marketing. Thankfully, “The Pioneers” is actually what it advertises to be – for the most part.

The first, and possibly only, problem with this release is that while it doesn’t deceive the consumer completely, it still isn’t a complete Spice 1/MC Eiht collaboration album. The bonus track listed on the back is actually from one of Real Talk Entertainment’s artists, a guy by the name of Hollow Tip. It’s smart promotion, but it’d be nice to know from the jump that it wasn’t a bonus Spice 1/MC Eiht track. This moves the number of potential tracks down to 16. Subtract two skits/interludes and you move that number down to 14. Furthermore out of the 14 tracks left you have two Spice 1 solos and two MC Eiht solos, bringing the grand total down 10. Don’t get me wrong, the solo tracks are not bad, but if I wanted Spice 1 solos or MC Eiht solos I would have bought one of their CDs. It actually is quite a disappointment when only 10 out of 17 tracks on an album are as advertised, and you still haven’t taken into account the potential of wack tracks.

Quantity complaints aside, the 10 tracks that do feature both emcees are fully satisfying. The production is mostly handled by Mark Knoxx, DJ Epik, and Goldfingaz, none of which is familiar to this reviewer but the trio turns out to be surprisingly competent behind the boards. “The Murder Show Pt. 2” is a frantic track driven by trumpets featuring a drum track that is almost as schizophrenic as Spice 1’s rap style. “That’s The Way Life Goes” is a more laid back effort that’s true to Cali’s love for funk. Besides these two stand out tracks, most of the production is well done and fits both emcees well. The only drawback is that at times the tracks can be a little too predictable and too much like other music coming out of Cali.

Lyrically, you should know by now what Spice and Eiht are all about. Each rapper is sure to rep his hometown to the fullest with constant mentions of both Compton and the East bay spread through out the CD. Spice and Eiht also stick to the usual tales of hustling and banging that made them stars in the first place. What makes them standout from other rappers is definitely their styles. Spice 1’s flow goes from zero to sixty in less time than a Ferrari as he flips his verses. Eiht is almost the polar opposite as he relies on a laid back flow and a voice that almost exudes “gangsta” in every way and solidifies his status as an experienced O.G. The combination is perfect as the emcees bounce off each other well and make sure the listener doesn’t get bored with either rap style.

Teaming up Spice 1 and MC Eiht was definitely a good idea. Their self proclaimed status as “The Pioneers” has been earned by both. The end product reflects the experience they have in the rap game and the control and flow only veterans can achieve. The actual album though does suffer a few drawbacks. The clever advertising might leave more than a few fans disappointed. The solo tracks aren’t bad but aren’t too outstanding either. The ten tracks that do feature both emcees are mostly solid, but considering the prices of CDs nowadays, fifteen bucks for ten tracks doesn’t seem like such an even exchange.