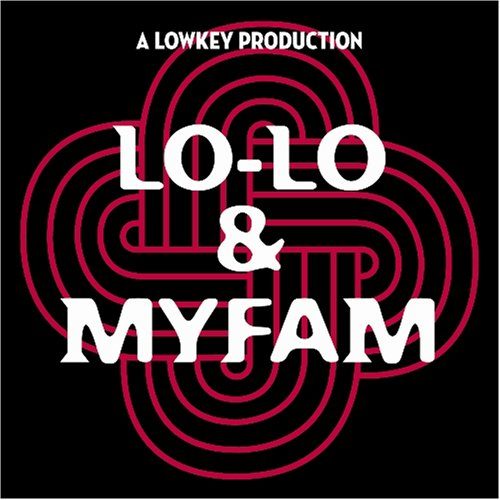 It was only a matter of time before “Lo-Lo & Myfam” showed up at my doorstep. I mean, I was really on a roll. It had been so long since I was forced to listen to something so outlandishly bad, I figured I was in the clear. It was engrained into my naÃ¯ve, little brain, I had earned some kind of “no-more-wack-shit” promotion, or something to that effect. But alas, here I am, typing away, feeding myself intolerable doses of unintentionally hilarious bullshit, one track at a time.

For those of you who can’t take the hint, there are no redeeming qualities to the album in question. It’s one of those instances where you ask yourself, “why?” Why am I subject to listen to this? Why aren’t my ears bleeding yet? Why do I hold a copy of “Lo-Lo & Myfam” in my tender palms? Listening to the album doesn’t answer any of these questions.

Just in case you even care, Lo-Lo is a Brooklyn-based duo, consisting of singer Logan and Lowkey, the brainchild producer/emcee/singer responsible for this debauchery. Both forces joined together, kinda singing/kinda rapping over some of the most generic production this year, and the rest is history. The concept? Any particular underlying theme? No. Eight songs, hardly any of them make sense. None of them sound good in my ear holes.

It starts out interestingly, with an “R&B Sucker Free Freestyle” (LOL), where Lowkey croons about how he loves music for like 40 seconds. It soon transitions from traditional jazz acapella to obnoxious club rip off in the form of “We Get it Poppin,” an embarrassingly off-key shot at a club track. With a general motif of “my man’s getting poppin’ that’s true, you know how we do,” Lo-Lo seem to have missed the boat where club-oriented music could indeed surpass preschool level (read: Lil Wayne).

“Twilight Zone” conveniently samples the theme toâ€¦ the Twilight Zone, and even though guest star Desire’s raps are average at best, just hearing someone rhyming on beat is good enough to get down on your knees and praise Jesus. And the song is truly outstanding, where they assure to keep it freakin,’ tweakin,’ crackin’ and nappin.’ In the Twilight Zone, no less. “Confused” is a corny, pathetic attempt at a love song that wouldn’t have been out of place on the Napoleon Dynamite soundtrack. It’s almost as if it were intentionally awful. And all of the singing is terribly off key, from either side, while the half-assed rapping is just jokes.

“I’m Feeling It” is literally grating to the ears. A pathetic, standard attempt at an MTV audience (“can you take your clothes off, can you break me off”), misses so badly it hurts to listen to in many ways. The hilarity truly ensues on “The Last Days,” where Lowkey gets all conscious and starts criticizing people for selling out. This is, of course, in between tracks about getting it popping and what fuck not. Some of the beats sound like No Limit throwbacks and might be the only saving point of the album, though they’re absolutely nothing to write home about. “I Get Up” is decent.

Knowing I listened to “Lo-Lo & Myfam” is knowing I wasted significant time in my busy life. Flash, I usually have good humor, but this is a bad joke. Thanks for the Frisbee.