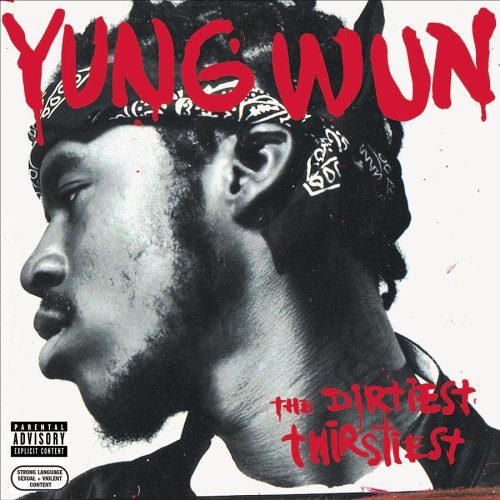 Every hip-hop fan remembers Yung Wun’s energetic intro on “WWIII” over 3 years ago. At the time he was one of the first emerging Atlanta artists and was set to make a big impact with the Ruff Ryders camp backing him. For whatever reason, Swizz Beats failed to take advantage of Yung Wun’s strong buzz at the time and the rapper fell into the background, both in the general hip-hop world and even on Swizz’ own roster of artists. As he finally releases his debut, Yung Wun faces some challenges due to this delay. For one, the ATL hip-hop scene has blown up in a major way since then. Lil’ Jon and the Eastside Boys have gone from southern heroes to national stars, and Atlanta artists from Hitman Sammy Sam to Pastor Troy have all shared a part of the national limelight since then. Second, even on Swizz’ own label, Cassidy has set a high standard due to his two commercial hits, “Hotel” was hot in clubs everywhere and “Get No Better” was bumping out of car stereo’s all summer long. With this task at hand, Yung Wun sets out to prove that he is indeed “The Dirtiest Thirstiest” rapper out of the ATL.

As far as Atlanta rappers go Yung Wun fits right into the scene as a mix of Lil Jon’s hyper chants and Pastor Troy at his more reflective and laid back moments. It’s not that Yung Wun sounds like every other Atlanta rapper, but the resemblances are strong and noticeable. This fact makes it even harder for Yung Wun to distinguish himself from the pack.

The album starts off with “I Can’t Take it No More,” an intro track that makes you wish he hadn’t cut it off at only a minute and twenty-nine seconds. Through the short verse Yung Wun addresses the issues that led to the delay of his album, including a thirty-six month jail stint. “I Tried To Tell Ya” follows and may be the albums only all-out bad track. The production by Swizz Beats is another bland attempt at Southern bounce, a style Swizz has failed to recapture since “Ruff Ryder’s Anthem” and “Down Bottom.” Yung Wun’s rhymes are your usual bragging, that wear thin on a listener precisely because of the production. Redeeming itself quickly the album gets to Yung Wun’s first single, “Tear It Up,” a track that captures everything good about Swizz’ production. If you’ve ever been to a halftime football show anywhere in the South you will surely appreciate the flair and energy of the percussion and trumpets in this track. Yung Wun and guests David Banner and Lil’ Flip drop equally high energy verses that include Yung Wun’s declaration:

It’s nothing overly impressive on paper, but Yung Wun’s style and energy are what should really sell him as an emcee. “Yung Wun Anthem” is another standout track that features Yung Wun shouting out to his dirty and thirsty peers over a playful beat that includes police sirens and a playful bass sample that sounds straight out of some T.V. show theme song.

While the album does have its fair share of songs where Yung Wun focuses on representing Atlanta or his hood, he also has a deeper side that he showcases through songs such as “Sad Song” and “Starvin’ and Robbin’ .” These tracks help showcase Yung Wun’s story telling skills and show that he isn’t just about high energy tracks. On “One More Day In The Hood,” Yung Wun and Cassidy spit street tales over slow string-assisted production and both sound well on the same track. “Starvin’ and Robbin'” is another mellow track that finds Yung Wun reflecting over the situation he faced back in his â€˜hood. These tracks are both outstanding, but when you hear Yung Wun spit you almost swear it’s Pastor Troy making a guest appearance. It’s not a bad thing, nor is Yung Wun purposely trying to emulate his Atlanta brethren, but the resemblance is there and its one more thing Yung Wun has to overcome to stand out in an over saturated rap scene.

The album ends with a few strong tracks. “Cadillac Doors” features some SMOOTH production that would be right at home in any player’s ride. “Walk It Like, Talk It Like” is a David Banner assisted track that is sure to follow “Tear It Up” as a hot single for Yung Wun. It has some of the same feel of his previous single, but is different enough to be memorable. “Let It Bump” features production that almost beats out “Cadillac Doors” on the smoothness factor, with soulful vocal samples that blend in with the track perfectly. Officially ending the album is “Represent,” the only track at the album that would really come close to representing Atlanta’s crunk style. Even so, the track seems to lack the full energy of your usual crunk track instead making you want to bob your head more than it makes you throw any â€˜bows. The bonus track, “Georgia Waters” follows Yung Wun’s semi-crunk efforts and should have found its way on the proper album listing as it could have replaced “I Tried To Tell Ya.”

As noted earlier, Yung Wun had many things to overcome in making this album. The loss of potential hype buzz gained after “WWIII” not doubt lost him potential crossover fans. His resemblance to other Georgia rappers undoubtedly makes it even more challenging for him to sell his album. But after the dust clears Yung Wun shows why he considers himself “The Dirtiest Thirstiest” rapper out of Atlanta and possibly in the whole game. While he won’t drop memorable verses like say Nas or Jigga, Yung Wun does what he does well and with enough energy and dedication to warrant a listen.