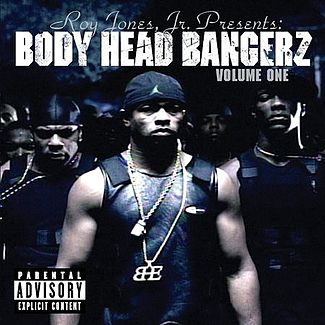 If the name rings a bell, it’s probably the one that the referee just rang because you gotKNOCKED DA FUCK OUT. Having witnessed some of his best matches during the peak of his career, it’s not hard to see why boxing analysts say he’s “pound for pound” one of the best boxers in the world, and certainly during the 1990’s he lived up to it. His hand speed was remarkable. Quicker than a hummingbird can flap its wings, Jones could land a devestating series of punches to an opponent’s face, leaving him eating canvas and looking for the license plate of the mack truck that just ran him over. In a sport full of washed up icons past their prime, heavyweights with big punches and glass jaws, and arguably insane lunatics like Mike Tyson, Roy Jones Jr. brought a class and prestige the likes of which boxing hadn’t seen in a long time.

In a brutal sport like boxing though, “career longevity” is second only in frivolity to the NFL. If you’re lucky enough to punch your way to the upper echelons, you’d better plan to stack as much bank as you can while you’re there and think about the OTHER things you can do once your body can no longer sustain the punishment. Clearly Jones is thinking ahead to when that day will come. He’s already a boxing analyst for HBO, and owns and operates the label Body Head Entertainment, through which he also released HIS rap debut album “Round One.” In 2004 Jones has decided to expand the roster on his label by forming the Body Head Bangerz collective. The group may be heavy on unknown up-and-coming rappers like Giz & Swellz, but it includes two former heavyweights from the No Limit division – Magic and Choppa.

“Body Head Bangerz Volume One” has already succeeded in shocking the rap world with at least one unexpected blow – the chart smashing single “I Smoke, I Drank.” Both the remix and original are produced by the Beat Doctor in a style very similar to the crunk music of Lil Jon. The song’s hook is an unabashed celebration of the very vices which would probably undermine the health and stamina of a boxer in the ring. Lyrically there’s no real knockout here, although Magic’s verse should find favor with his longtime fans:

“Now I ain’t got nuttin but dick for you hoes
I won’t trip, I ain’t sick for you hoes
I ain’t got nuttin to give to no nigga
Deal with no nigga, chill with no nigga
I’ma keep a stack of that funny smellin tobacco
Heater in my hand, nigga ready to act up
Got damn fool, ignorant motherfucker
Bout to lose my cool, let me smoke a Kool
So I can calm my – nerves, find me a duck
Get some head in the burb, I’ma fool with them hoes
Nigga that’s my – word
Show me a dime and I bet I’m gettin – served
Everybody know me probably saw me half cocked
Drunk, high in the club, bout to get it – hot
Louisana nigga down here we get – buck, whaaat?
And if we ain’t fightin, it’s probably cause we’re too fucked up”

And in case you were wondering where Mr. Jones stands on the views of his compadres, he throws in the line “Roy ain’t got to smoke or drank, he gets head!” Clearly you can put him on Noreaga’s Christmas list for a new whip. “Body Head Bangerz” tries to offer a little something for everybody, and uses a lot of guest stars and the presence of the established veterans to help keep things in balance. “Keep it Movin” is a pleasing Jerome Hunter produced club swinger, featuring everybody from Fiend to Petey Pablo. Has any song before ever had former Cash Money and No Limit rappers featured at the same time? The Cano & Cain produced “U Know My Kind” pulls off this seemingly impossible feat, as B.G. shares mic duties with Magic and Jones. In fact a lot of this album seems to be stealing the thunder No Limit used to have, with a synthesized horny horn ode to cars with “Big Bodies” and even the “24’s” that they ride on, the latter featuring Texas superstars Bun B and Mike Jones.

While some might have questioned whether Roy Jones, Jr. was really serious about the rap biz when “Round One” was released, 2004’s “Body Head Bangerz” shows that he has a vision for success and is trying to establish a permanent presence in the scene and the music industry. Jones largely takes a backseat to the known names of the game like Magic, who are heavily featured on the album, as well as the new MC’s who he can more directly take credit for introducing into hip-hop. The skeptical minded will be inclined to believe that “I Smoke, I Drank” is a fluke, an aberration, a one-hit wonder off a mediocre album. While “Body Head Bangerz” won’t exactly set the rap world on fire, it’s certainly not a half-hearted or mediocre effort. Jones himself has been known throughout his boxing career to switch weight classes, successfully challenging and defeating other champions for their titles. “Body Head Bangerz” seems to be just such an evolution for Jones, where he’s turning over the reigns and letting other people be stars, and his chances of winning with this formula are brighter than ever.