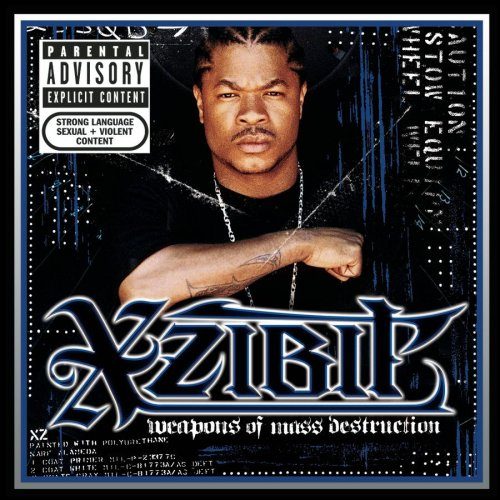 He is the guy that merged classical music with hardcore hip-hop and scored the chart-topping hit “Paparazzi” in 1996. “Who is Xzibit?” Correct. “I’ll take Rap Superstars for $800 Alex.” He singlehandedly rescued MTV from the doldrums of lame reality shows by “pimping” the cars of worthy recipients. “Who is Xzibit?” Correct. “Let’s finish the category with Rap Superstars for $1,000.” In 2004 this rapper has a hit single called “Hey Now” produced by Timbaland that’s hotter than the core of the sun. “That would be Xzibit again Alex.” BZZZZZT! “I’m sorry, you forgot to phrase your answer in the form of a question.”

As smart as Ken Jennings is, he’s probably lucky that Jeopardy! doesn’t usually have hip-hop categories on the big board. Then again if the category were the fictional “Rap Superstars” described above, Mr. Jennings might have breezed it easily. Even if he hadn’t seen “Pimp My Ride” or watched the “Hey Now” video, he probably would have caught Mr. X to the Z schilling for Right Guard Xtreme’s new Cool Spray. Let’s face it, homeboy is everywhere, and congratulations are in order. If you weren’t up on Xzibit back in the days when he was low dollar ballin’ on Loud Records and drinkin’ 40 ounces with Tha Alkaholiks crew, you’re only just now starting to realize why he’s been a perennial favorite in the underground for almost 10 years. After years and years of paying dues, touring, making fat hits but not nearly as much fat cash, Xzibit has finally become a household name and done it all by staying true to his own style. X didn’t change to go pop, pop culture just finally caught up with why the verbose and witty gruff voiced rapper is so damn cool. BIG UP TO X.

Titling his fifth album “Weapons of Mass Destruction,” you might think that Xzibit was making a political statement using his newfound fame and fortune. The album’s opening “State of the Union” does mock George W. Bush by editing soundclips of the President to make it sound like he is terrorizing America instead of fighting terrorism, but it comes off more like a Saturday Night Live “Fun With Real Audio” segment minus the laugh track. Xzibit comes closest to making a political statement with “Back 2 the Way it Was,” when he declares modern hip-hop “hollow with no substance” and questions why people settle their beefs today with gats instead of fists. “Hey Now (Mean Muggin)” is more exemplary of the album though, as X’s credo on the album is to make good hip-hop and share it with the listener:

“Got them hydraulics that’s dumping, making it drop
California to Virginia Timmy making it hot (WOOO!!!)
Taking – long rides in the G4 plane
X Man to the stage, got ’em going insane
Yeah! Got the world saying my name
I’m bout to make a little change, I’ma keep it the same, ya dig
X to the Z baby, run up on you hitting corners
Phantom platinum grill
X be the life of the party, c’mon!
Don’t be scared girl, reach out and touch somebody”

Production is on point from start to finish. West coast veteran Sir Jynx and partner Mystro produce the pounding “L-A-X” that opens the album. Jelly Roll comes correct on the following two tracks “Cold World” and “Saturday Night Live” (just a coincidence I swear) and lends additional vocals to Rick Rock’s “Muthafucka.” Khalil handles the next two alright, particularly the sample laden “Judgement Day,” but it’s the Battlecat produced “Criminal Set” that had me open. Xzibit seems to be thinking about giving up rap though if the lyrics are any indication:

“I heard the O.G.’s they don’t hit
And I’m the only one left from the West that you can’t fuck with
But lately I’ve been feelin like Will Smith
Why bother with rap when I can get 20 mill’ on a flick?”

Hopefully the tightness of songs like the Denaun Porter produced “Ride or Die,” the sweet and silly swing of Khalil’s “Crazy Ho” featuring an appropriate cameo by Suga Free, and the Hi-Tek “Tough Guy” layered like a triple decker sandwich stuffed ’til the fillings drip out convince him otherwise – the latter certainly convinced Busta Rhymes to drop a guest verse. As is typical of guest appearances on this album though, they just can’t outshine X no matter how big they are:

“Yup! Yo orangutangin slangin, I’m hangin over the edge
I rock two 40 glocks, I call ’em Barney and Fred
I stay hungry like I’m only fed water and bread
The king of the castle get at you, screamin off witcha head
Brutal bustin, it’s the X to the Z, we chart climbin
You see my name next to that diamond, it’s all timin”

The only thing really dissapointing about “Weapons of Mass Destruction” is that Xzibit seems to have once again forsaken his Alkaholiks homies. Despite the rumors that they had patched up their differences, they seem to be nowhere to be found either lyrically as guest or musically as producers, and it’s really their absence that speaks volumes. It’s also surprising that even though the beats are clearly polished and that there isn’t a moment in this hour that really lacks, X seems to be on cruise control and not really looking to break out over some next level shit. At a time when he’s got more potential buyers and audience support than ever before, he should take advantage of it and get totally crazy. It’s a good album to close out 2004 with, and Xzibit can be proud that his “Weapons of Mass Destruction” aren’t designed to hurt anything other than your funny bone with punchlines and your glass box with big beats.