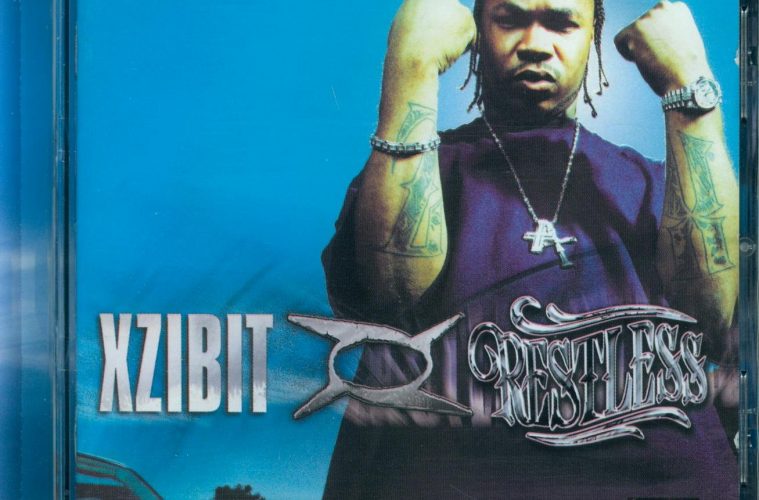 Back in ’89, when hip hop legend Big Daddy Kane dropped the words “Rough, rugged and real” to kick of the song “Young, Gifted, and Black”, he unknowingly used the best three adjectives available to describe Xzibit. The connection between these two rappers, however, is deeper than this. Both have been criminally slept on; neither has received the props they deserve (despite the fact that Kane has two gold albums to his name). Both kick rhymes heavy with metaphors and similes, often in the form of punchlines. Finally, both essentially define what an MC should be: able to rock a concert or club, be thuggish or thoughtful, lyrically rip someone apart, or send a message, whichever the situation calls for.

Both, pending verification of Kane’s rumored signing with Roc-A-Fella records, are now primed to blow up and get the recognition (and dough) they deserve. Many underground heads are shuddering at the thought of losing one of their best kept secrets to mainstream culture — afraid that Xzibit will “sell out” for the all-mighty dollar. Will Xzibit be able to pull of the difficult task of being a superstar and keep the underground happy as well?

Kicking it off is the Rockwilder track “Front 2 Back”, which these days seems obligatory for any big rap album. Da Rockwilder has some of his trademark synth sounds and whistles, but shows that (as he did on Tash’s album) he is much more versatile than many see him as, creating a track that has a definite west coast vibe, and the potential to bump any system or rock any club. Xzibit attacks the track with fire, and supplies a hook that’s both catchy and somewhat thoughtful, a rarity these days:

“It ain’t safe where I’m from
Niggas start beef, never knowing the outcome
Rather be caught with it than caught without one
Leave it alone, because the life you save might be your own”

“U Know,” co-produced by Dr. Dre and Dominick Lamb, features Xzibit on some grimy shit. The beat is banging, and X does not waste it, dropping lines like “So, yo, it’s me against the world and ain’t go shit to lose / My heavy artillery built to make the masses move / I carry tools that’ll pick you up and out your shoes / Xzibit bringing new meaning to alcohol abuse.”

More than likely, by now you’ve heard the new single “X”, with it’s vintage Dre beat, provided by the good Doctor himself along with the help of his star-producer-in-the-making disciples Mel-Man and Scott Storch. The lyrics in this song may seem a little watered down, and they are, as obviously this song was created to make Xzibit a star. That being said, watered down lyrics from Xzibit are still better than the best shit from 90% of the rappers out there today, and the beat is hot enough to distract even the most critical listener from this fact.

The legendary Erick Sermon drops by to lace the next track “Alkaholik” with beats and a verse. Tha Liks (minus E-Swift) appear as well. The trademark Sermon funk beat provides further evidence that E-Dub is back on the right track, and that he still has the uncanny ability to produce that is seemingly simple have exceptional head nodding factor. While no one drops a weak verse, Tash and Xzibit steal the show with the trademark Alkaholik wit and punchlines. Tash shines, dropping lines like “If I’m too drunk to walk, I’ll rock a party on crutches.”

KRS-One pops up for “Kenny Parker Show 2001”, a remake of the BDP original. The old school flow and vibe are definite plusses. The lyrics are clearly more modern, creating an interesting song overall. The only downside is that KRS never busts a verse, he just has a few small spoken word segments.

Roc-A-Fella mainstay Rick Rock shows up to provide a slick track for X and Snoop to rap over on “D.N.A. (Drugs-N-Alkahol).” Snoop sounds smooth as ever here, but it seriously sounds like he freestyles every song these days, and it’s not any different here. Snoop sums this song up best when he says “This shit funky right here.”

Erick Onasis pops up again for the next song, “Double Up”. The beat sounds like something out of a 70’s blaxploitation movie, and X comes correct; although the lyrics are not excellent, X’s flow and the production makes the song enjoyable.

Eminem makes an appearance on “Don’t Approach Me” both rapping and producing. Both MCs kick dope verses, but the beat sounds too Eminem for Xzibit’s album; it sounds like something that got left off the Marshall Mathers LP.

“Rimz and Tirez” would be expected to be some true West Coast gangsta shit, as it features Defari, Goldie Loc, and Kokane and production by Soopafly. But rather than thick, P-funk beats, a more minimalistic beat is featured. Xzibit comes with more hot rugged shit:

“I ain’t never seen Kevlar flesh
Y’all bitch niggas is flirting and fucking with death
I was taught to stick with the right and work with the left
Never loved nothing, never turned snitch and confessed…
It ain’t hard to look hard, snatch up a catalog
Mad dog the niggas that walk up your boulevard
But one day you gonna feel it; I’m a firm believer
in the theory – if it bleeds, I can kill it”

SoopaFly comes back again on “Fuckin’ You Right”, an uptempo, funny sex song in the tradition of Snoop’s classic “It Ain’t No Fun.” This song has the potential to be the next “Back That Azz Up,” at least in the clubs; it take an awful lot of editing to get make this into a single for TV or video. With lines like “Samantha, Lorraine, Monica, Veronica / She treated my dick like a harmonica,” the song is lighthearted enough that it doesn’t really border on misogynistic, which means it’ll be a hit with the fellas and ladies.

Dre comes back one more again with the orchestraic, hard hitting “Best Of Things”. This is Xzibit at his finest, enthusiastically spitting hot shit over some vintage West Coast beats.

However, you have to wait until track 14 to reach the song of the album, “Get Your Walk On.” Mel-Man and Battle Cat team up behind the boards to create one of the hottest beats of the year. Xzibit is on fire from the get go: “I can drink a whole Hennessey fifth / Some call that a problem but I call it a gift / Xzibit make the whole continent shift / Invade your territory, get a blaze of glory / A soldier’s story / Living off nothing but instinct / Bitch niggas continue to floss and lip sync / And I’ma just continue to flow, but rocking the boat.” Potential single of the year, this song could send the album’s sales through the roof.

Xzibit comes on the more emotional tip, dedicating “Sorry I’m Away So Much” to his son and other family members who he apologizes to for not always fulfilling his duties to them. Suga Free and DJ Quik (who also produced the song) come through with heart felt verses as well.

Battle Cat receives production rights for the final track, “Loud & Clear,” which comes with a strong West Coast vibe and features Butch Cassidy, Defari, and the seemingly M.I.A. King T. The only weak part of the track is the hook, but it’s a small flaw. While the song doesn’t exactly end the album with a bang, it is pretty strong.

Anyone who comes out and says Xzibit fell off or sold out with this album deserves to be labeled a hater. While it may not be quite as raw or underground as far as the beats, Xzibit is still the ill ass MC that comes through on every tip. Yeah, there are some songs that are clearly aimed at the mainstream; so what? They’re still dope, and they X to the Z never compromises himself on the entire album. Besides, Xzibit has always had the potential to appeal to the masses, the only thing that truly kept him from blowing up before was lack of marketing. The production is some of the best that any album has had this year. X is still rough, rugged, and real, and he sure as hell ain’t half steppin.