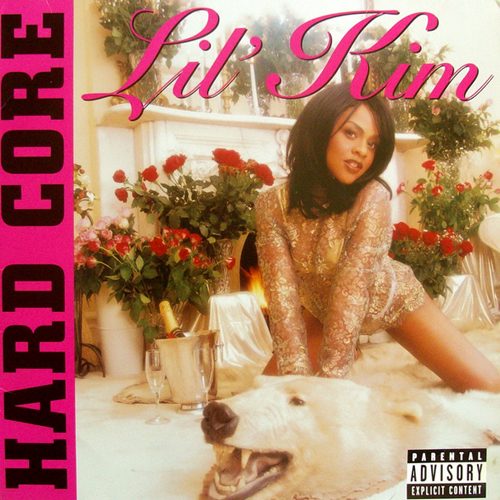 Since she spat fire on that long lost and tough as hell to find Junior Mafia album, the world waited patiently for the Queen to drop her 1996 solo effort. When it did, there was shrapnel, tiny tremors and debris littered across the musical industry. Fierce sexual overtness and bare lyrics were Kimberly Jones’ M.O. No longer was she to stand behind the menacing shadow of Christoper Wallace for her to achieve critical acclaim. This time, she would do it on her own. And that she did. The positively hilarious “Intro in A-Minor” illustrates how hip-hop heads were feenin’ for her. Some cat does a Pee Wee Herman while watching Kim on the big screen in THX sound. Then a killer Stretch Armstrong beat kicks shit into 3rd gear with some help from Lil’ Ceas and a satirical Shawn Carter, who just sees the dollar signs printed all over Kim. On “Big Momma Thang” he’s plotting ways to make her “jump ship” over to Roc-A-Fella:

“How B.I.G. and ‘Un’ trust you in the studio with me
Don’t they know I’m tryin’ to sex you continuously?
Pull a high power coup, make you jump ship
Leave +who you wit+, run with the Roc-A-Fella crew
Trip you for the cheese, tear your boom up
Spread a ill rumour, make you flip on Lil’ Cease
Pushin backwards, get the doe from your platinum hits
Rock Lil’ Kim hats and shit
I gets down and dirty for the doe
I got love and Big know it
He must got the studio bugged
Probably, as we speak he’s on his way up the street
With the M.A.F.I.A. thugs and all types of heat
But I ain’t tryin’ to beef, I’m just tryin to eat
Horizontally, the way I hold my iron, sweet
And, no, my niggas, but I like the sound
Lil’ Kim and Jigga, it sound like figures”

That woulda been one hell of a coup if he ever pulled it off, but I suppose that the whole point of making the point is that is woulda been unfeasible, to say the least. That verse sets the tone a couple notches lower than where Kim left it when she opens up lyrically:

“I used to be scared of the dick
Now I throw lips to the shit
Handle it like a real bitch
Heather Hunter, Janet Jack-me
Take it in the butt, yah, yazz wha
I got land in Switzerland, even got sand in the Marylands
Bahamas in the spring, baby, it’s a Big Momma thing
Can’t tell by the diamonds in my rings
That’s how many times I wanna cum, twenty-one
And another one, and another one, and another one
24 carats nigga
That’s when I’m fuckin wit’ the average nigga
Work the shaft, brothers be battin’ me, and oh
Don’tcha like the way I roll
And play wit’ my bushy
Tell me what’s on your mind when your tongues in the pussy
Is it marriage (Damn, this bitch is bad)
Baby carriage (Damn, I love that ass)
Shit no, on a dime shit is mine
Got to keep ’em comin’ all the time (why?)”

Owwwww!!!!!! Never before had a female MC ‘come’ this hard on an LP, willing to match her male counterparts with that raw sexual ferocity you see on the likes of Dr. Octagon, or them real ‘Live’ cats from Miami. Diddy makes one of his many appearances on “No Time” and makes good use of James Brown’s “Take Me Just As I Am” on the beat. The cut is an ode to wealth and sex, and she puts it to ya in the third verse that “you can’t stop a bitch from ballin.” If you prefer your hip-hop candy-coated like raindrops, then pop in some Heavy D or Will Smith; this shit ain’t for soft, prudish, Republican ears. Kim does her level best to bend and break the written commandments of rap that state that female rappers cannot be viewed as sexually aggressive. I suppose no one listened, given the commercial success of this album. The literate “Spend a Little Doe” comes courtesy of an underrated producer of his day in Ski. Kim relates more vivid tales of her gangster exploits, and yet another sexually-charged skit featuring B.I.G. and Ceas lead into “Crush On You,” where Kim sits it out, only to return to the groundbreakingly colorful Lance Rivera-directed video. But at moments near track 7, is where this solo project comes into its own. Fabian Hamilton’s minimalist “Drugs” beat proves itself worthy by the highest standards afforded to background music. Add another dosage of a Biggie hook, clever word associations, and you have a monstrous Bad Boy cut on the cards. Kim and Christopher seem to have that Mike and Scotty vibe going, and feed off each other’s energy to create something rare:

“Ladies and gents
Your dopest host presents extravagance
in the ladies’ frame, leavin cum stains
Niggaz remain in awe, when I brought a Dillinger
Throw it to ya jaw, uhh
Never a flaw
Never before, have you seen such magnificence
in the black princess, yesss
Flow’s phenom, I’m the bomb-diggy
Ask Biggie, keep a dedicated squad wit me
Call us the Gabbana girls
We dangerous, bitches pay a fee just to hang with us
Trust, niggaz lust
Without a bank account, I doubt we could swing that route
Feel me out uhh, I’m used ta
hangin wit boosters, in the best name brand
with the in-sane clan, man listen
My position is lieutenant
Like a block of hash, got the burners up in it
Percent it, I send it back to ya greasy
Freak it arabic style, sha-muck-daha-steesy
To please me you got to be well off
Bust a shell off, wit a tattoo that starts off”

The LP’s first throwaway skit follows that shitkicker, and a lyrically flossin’ showcase ensues in “Queen Bitch.” Her vocal ability really shines through in this track, as she grapples with alliteration and staccato. The first overtly feminist track is “Dreams,” and I suppose that one’s strictly for the ladies. “M.A.F.I.A. Land” is on some “Niggas Bleed” type shit as far as the narrative structure. Kudos for effort Kim. The Queen Bitch and Ceas then go toe to toe on “We Don’t Need It” trading body blows about the pitfalls of dealing with the opposite sex. Ceas no doubt wins this war of words as he closes out by warning all bachelors not to “ask Kim for a date, she want her pussy ate.” Some real funny shit. Musically, nothing to complain about so far, and though the lyrics may not lobotomize your gray matter, the Andrew Dice Clay explicitness keeps your ears open. As if running with that last line from Ceas, Kim comes through with another female anthem, “Not Tonight.” Here, the “moral of the story” is that if “you aint lickin’ this, you aint stickin’ this.” Fair enough. I can understand why a lotta female hip hop heads feel this LP. It’s on some women’s lib tip, and breaks down Berlinesque walls as far as what women can now do in hip hop. Personally, I didn’t find it as inventive as it could have been. BOSS did that several years before, but “Runnin” with BIG catapulted Miss Jones to that plateau where MTV appearances and frequent airplay ensured that she’d get the attention she craved. The penultimate “Player Haters” is another throwaway skit that leads into the posse cut “Fuck You.” This is literally Biggie’s cut as he adds vocals and stands behind the boards, and produces an admirable effort for Larceny, Kim and Trife to shine on.

By this point the topical matter has gotten a little stale, way past its sell-by date. I don’t how many verses one can construct using haute couture labels, but one could end up calling this LP “Fashion 101.” From Moschino, Anne Klein, Issey Miyake and the like, Kim and her cohorts no doubt began the name dropping trend on this LP. Thus, we can all agree that the LP marked a niche and carved the way for artists like Trina to be well received. That deserves props on some level, but the monotony of the flow and subject matter make this album something you listen to when you want to be shocked and taken aback. When you go and see a horror movie, you experience scares, laughs and thrills, but the experience doesn’t resonate while you’re having pretentious Starfucks coffee. That’s the same feeling one gets from “Hard Core.” Lots of style, and little substance.