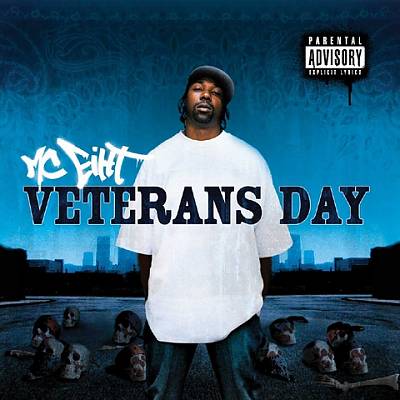 While many would associate the impending reemergence of the West Coast hip-hop with The Game, MC Eiht had a key role in making Compton a household name in the first place. Putting in work with Compton’s Most Wanted in the early 90s, he eventually released a string of solo albums. With his tenth LP “Veterans Day,” Eiht ensures that his O.G. status hasn’t disintegrated just yet.

Void of any female-friendly grooves, club-ready tunes or A-List producersâ€”Eiht relies on CMW cohort tha Chill (formerly Chill MC) to produce each of the disc’s 13 tracksâ€” “Veterans Day” is full of the uncensored gangsta rap that earned Eiht his reputation. “Somebody” and “Living Like G’staz” both feature bass-heavy, laid back beats backing Eiht’s hood tales, “We Made It â€˜04” tells of rags to riches triumph, and “Get Yo Grind On (Garage Mix)” shines with its catchy keys and West Coast trunk rattling.

The main flaw of “Veterans Day” is its lack of variety, but it’s hit or miss. While some listeners may find Eiht’s gangsterisms tiresome, others will appreciate him sticking to what he knows instead of stretching his skin to attract new listeners. Either way, Eiht delivers a solid album that should keep his reputation intact. West Coast renaissance MCs, take notes.