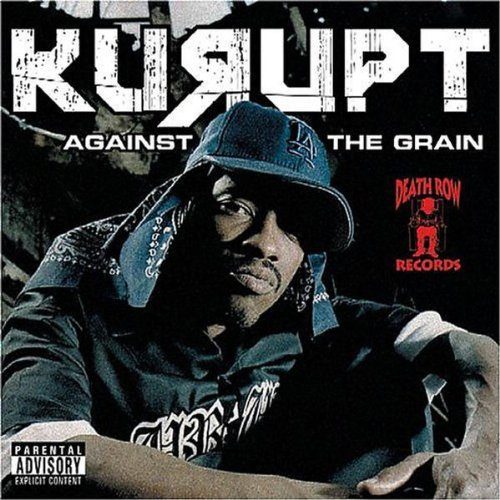 You already know the story. In the 1990’s Death Row Records was for a time the biggest driving force in pop culture, hip-hop music and the rebirth of hardcore gangster shit. Some of the greatest rap albums of all time dropped during this era, from “Doggystyle” to “The Chronic” to “Dogg Food” and more. Like all empires throughout history, the reign of Death Row eventually crumbled. One by one the big names all left while CEO Marion ‘Suge’ Knight’s legal problems continued to get the better of him, eventually landing him behind bars. Ironically the one person who could have bailed them out of their slump was the man Knight himself bailed out of jail, one Tupac Shakur himself, but his untimely demise was probably the second to last nail in the coffin. Not the last you say? Not at all. Slim as their chances of surviving were at that point, they still had one half of the original hip-hop super duo Tha Dogg Pound left on the roster in Daz Dillinger. However after releasing “Retaliation, Revenge and Get Back” in 1998 even he saw the writing on the wall; and like his former partner Kurupt the Dogg Pound Gangsta left for greener pastures elsewhere.

It is therefore somewhat ironic to see that while the last man to abandon a sinking ship has become one of the biggest moguls of the independent DIY aesthetic (with two albums this year alone), it’s one of the first to realize how fucked he was at Death Row who has come full circle and released a new album for the imprint which clinges to life like someone brain dead with a machine breathing their air for them while a tube force feeds them. While Death Row isn’t TECHNICALLY dead, no one would mistake the 2005 incarnation of “Tha Row” for being anything like the kingpins they were a decade ago at this time. Now let’s clarify something – when one says Kurupt was “fucked” at Death Row that doesn’t mean he wasn’t a successful artist or (possibly) well compensated for his work. What it DOES mean is that Death Row didn’t have the vision to see Kurupt as a solo artist and wasn’t going to give his endeavor logistical or financial support even if they did. To grow as an artist Kurupt left Death Row behind to join A&M Records under his own ANTRA imprint and release the double disc “Kuruption!” It may not have been a critical favorite but it did spawn several hits and announced the rapper as his own man with his own plans, not a puppet with Knight pulling his strings.

Those who have tried to fathom why Kurupt returned to Death Row have been left scratching their heads in confusion, and “Against Tha Grain” won’t provide much in the way of answers. It’s his first new studio album in four years since “Space Boogie * Smoke Oddessey” and doesn’t really pick up where that intriguing and perhaps misunderstood LP left off. In fact Death Row seems more desperate than ever to cash in on their past, blatantly advertising the fact that 2Pac appears on the album. In truth the Mark Sparks produced “My Homeboys” featuring him and Eastwood is alright, although one can’t help but feel it’s as recycled as the aluminum can or plastic bottle you’re drinking a beverage out of right now. The album can’t seem to make up it’s mind what it wants Kurupt to be, as though he’s being lead through the motions instead of leading the pack. On “Jealousy” he’s paired with East coast powerhouse M.O.P., on “Calico” he’s linked to Michigan’s crime bosses b/k/a Dayton Family, while on “Hustlin'” he’s giving shine to newcomers like Big Tri over a Sir Jinx beat. Yes – that Sir Jinx, the one who used to roll with Da Lench Mob. It shouldn’t come as any shock that his beat sounds like it’s straight out of the early 1990’s, for better AND for worse.

With songs called “Anarchy ’87” and “Throw Back Muzic ’86” both Kurupt and Tha Row are reaching out for an era that they weren’t even part of. Still if you’re trying to figure out where Kurupt is coming from these days, “Deep Dishes” is what says it all. Calling himself “Gotti Bin Laden” may be in poor taste, but Kurupt has never been politically correct to begin with and is certainly entitled to be in bad taste. Still he’s got nothing new to say other than his name: “You niggaz ain’t nothin but bitches/I roll down the street with the homies on deep dishes/crack niggaz like plates and dishes.” Did he just rhyme dishes with dishes? Yup. Unfortunately when Kurupt says on this song that he’s tired of watching BET and seeing imitations of himself, that’s exactly the problem – he’s become an imitation of the once-interesting artist he used to be.