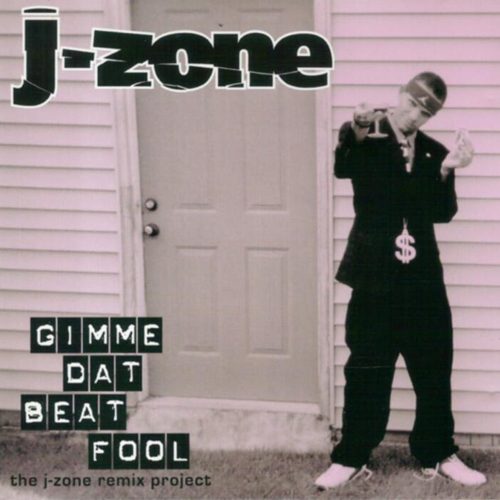 Ever since RapReviews.com first got down with rap’s funniest broke pimp on “A Bottle of Whup-Ass (The EP),” the Old Maid Billionaire has consistantly avoided the barbs of both jaded critics and ex-girlfriends who think he owes them money. For those not living on the far side of the moon, his catalogue of work from 2002 to present is some brilliantly twisted self-produced shit worthy of the original eclectic himself Prince Paul. We humbly suggest for those who don’t know to check out classics like “Pimps Don’t Pay Taxes and “Sick of Being Rich” before reading this review. Don’t worry if your local record store doesn’t carry these gems, Zone will be more than happy to point you to a distributor via his website and read how a MySpace blogger tried to impersonate him in a futile quest to get tail.

Moving on to new business – unless you were born after 1990 you’ll probably recognize this album’s title as a line from Ice Cube’s seminal hip-hop masterpiece “Jackin’ for Beats.” On the song Cube shamelessly gaffled other rappers for their famous hip-hop beats, making sure to target everyone from EPMD to Digital Underground in the process. Now in 2005 that would hardly be an original concept but if you haven’t guessed it by now, Zone is nothing if not out there on his own shit like the Skitzofreniks. We’re introduced to the concept on Captain Backslap’s “Polka Intro,” where he brags about making polka as fresh as P. Diddy while letting us know his diabolical scheme: “I had to unearth the acapellas of some of my favorite rappers, y’knahmsayin hear ’em on my beats.” Hell – why not?

The song titles on the back of Zone’s deliciously ghetto release (including a blank space on the back cover reading “no barcode”) will not reveal much, nor does the single sheet insert that reads “all songs produced by J-Zone.” The only way to figure out what songs Zone “jacked” acapellas from is to pop the CD into your favorite music machine and get into the funk – when you do you won’t be dissapointed. “Famous” turns out to be Zone’s energetic take on the 1996 M.O.P. banger “World Famous” – giving it a whole new raucous energy that’s just as infectious as the original’s piano loops. Others are much more obscure than that, such as Zone jacking the Erick (Sermon) Onasis song “So Sweet” which featured a small snippet of Eazy-E licensed posthumously. Zone turns it into his own duet with Eazy-E and calls it “Rockaway and Crenshaw,” and quite honestly it’s just as compelling to hear it that way since the Eazy-E vocals were out of context regardless.

Other fun tracks you’ll get into while listening to this album are “On the Grind” – Zone’s new take on De La Soul’s title track from “The Grind Date,” Project Pat’s “Gel and Weave” reworked into the much more hilarious “Bitch Witta Weave” and the incredibly pimpish new take on the “G’s iz G’s” remix – that’s right, J-Zone remixed the remix; now THAT is gangsta. It just wouldn’t sound right without the extra-mackadocious flows from Snoop Dogg though, and the song serves to prove just what the Alkaholiks can do when compadres like Tash and Xzibit link up on a track with contemporaries like Kurupt. Closing with a new take on the CNN soundtrack song “Stompdashitoutu,” J-Zone talks smack and says “What you thought cause it was a remix project I wouldn’t run my fuckin mouth?” I certainly didn’t. Clocking in at just over 33 minutes and coming as some hella entertaining hip-hop shit for both those who know the originals and others who are hearing them for the first time, “Gimme Dat Beat Fool” is a worthy heir to the old Ice Cube concept twisted up in a whole new way.