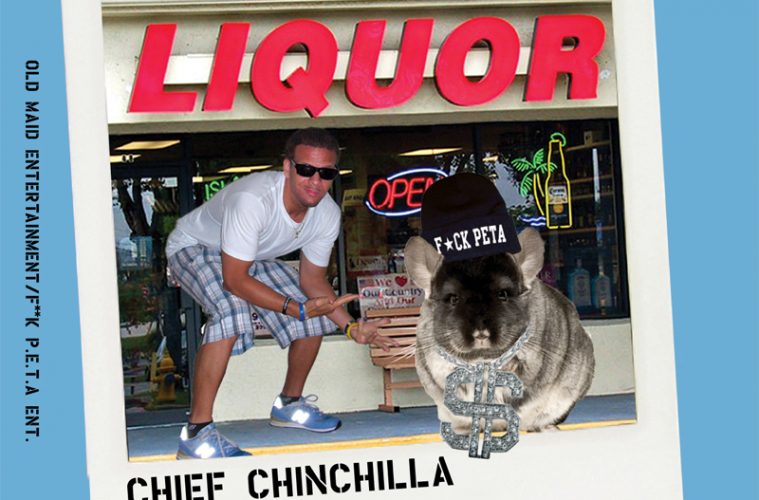 Rap artists have been doing the alter ego bit for more than a minute. Reggie Noble can be anybody from Redman to Sooperman Luva on a track, Keith Thornton is a gang of motherfuckers from Dr. Dooom to Black Elvis, and even Notorious B.I.G. went toe-to-toe with a more hostile and violent version of himself on the classic “Gimme the Loot.” Perhaps the most bugged out rapper to ever go that route though was rapper/producer Madlib, who not only invented an alter ego named Quasimoto but recorded two albums of his sped-up high pitched flow including “The Further Adventures of Lord Quas.” I’ll be the first to admit I didn’t quite know what to make of it, and that’s coming from someone who owns almost every project Kool Keith or Zev Love X ever spit on. The beats were definitely hot, but the scattershot delivery and grating sound of the digitally altered vocals didn’t work for me. Ultimately it was the kind of album that would have been better off as an instrumental joint.

J-Zone’s been an underground favorite of mine for a long time now dating all the way back to his “Bottle of Whup-Ass EP in 2000. To me you can’t go wrong with a J-Zone project. He’s a natural comedian, a punchline rapper who isn’t above making fun of himself, and so underrated as a producer it’s not even funny – his beats are just straight SICK. If I was going to give any one artist in the industry a chance to take Madlib’s alter ego concept and flip it all over again brand new, J-Zone would be the man. Things certainly get off on the right note to open “Live @ the Liqua Sto,” as Zone and his higher pitched nom de plume Chief Chinchilla get into an argument about whether or not to do an album of malt liquor raps. Zone flips his usual role and actually tries to take the moral high road, while Chinchilla notes that no less than E-Swift from Tha Alkaholiks gave them the blessing to do a concept album. Unlike most intros and opening skits that instantly make me want to skip a track ahead, this was the perfect set-up for the anti-sobriety madness set to follow on the next 50 tracks.

FIFTY TRACKS? Yes I’m serious. This is not as insane as it seems, since most of these “commercials” if you will range from 1-2 minutes in length; not to mention tracks 31-51 are just instrumental takes on songs that had previously occured – a bonus for the loyal fans. Those fans will be laughing along with Zone on St. Ides inspired tracks like “At the Bodega,” where Chief Chinchilla discovers to his dismay that he can’t acquire what he most desires.

“I’m walkin down Farmers Boulevard
Got me a broad and my dick on hard!
Cause I’m fo’ foot three and I’m the pimp of the year
And I’m dyin of thirst, it’s time to get me a beer
Fuck Colt 45 and Olde English, stay hooded
Scratch them shits and I don’t get blunted
So me and my hoe, step in the sto’
Ay papi! Give me a St. Ides to go
(Lo siento mi negro, solo cervaza es Corona)
Damn! Ay coÃ±o, I’d rather drink piss
So I’ma go up the block and get my St. Ides fix”

This is a limited edition project for J-Zone, as he has promised in a press release that only 500 copies of the album are being pressed up and sold. Once they’re gone, you’re as shit out of luck as Chief Chinchilla was looking for a 40 at the bodega. That seems like just about the right number to me, because as fun as “Live @ the Liqua Sto” can be there’s not a whole lot here to sink your teeth into compared to a normal Zone album. The concept of the higher pitched digitally altered ego works better for me here than on a Quas joint and the beats are just as good, but if Zone intends this album strictly for his hardcore fanbase I think that’s the right way to go. If you’re already a J-Zone fan pick up 1 of the 500 copies of “Live @ the Liqua Sto” while they’re still available and if you’ve never heard him before try “Pimps Don’t Pay Taxes” first and if you like that you can still pick up Chief Chinchilla on iTunes.