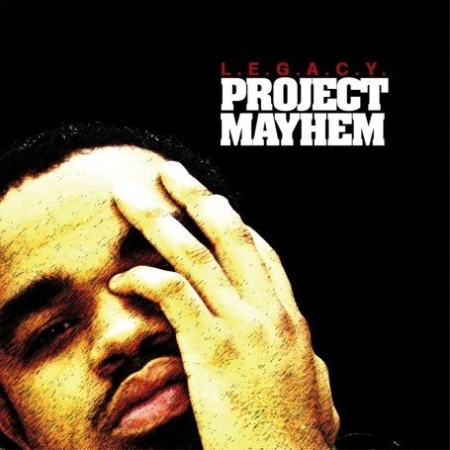 Here’s some unspectacular but firmly consistent and competently executed traditional hip-hop… really everything you could expect from an archetypal Justus League release, honestly. This is truly not a difficult release to describe- expect rigidly traditional compositions by Khrysis and 9th Wonder, as well as a confident, metrically impeccable but largely indistinct and linear performance by L.E.G.A.C.Y., yet another name to throw onto the “foil for 9th Wonder” Justus League heap.

This is, of course, not to suggest that L.E.G.A.C.Y. is in any way a bad rapper- he is deftly clever if a bit uninventive and short in dynamic depth, but for every grin-inducing punchline that he delivers, there’s a “I’m vivid, clear as crystal” type spot of pointless filler. Similarly, while he dips into stimulating, socially relevant content (“2 Sided Coin,” “Fast Girls,” “Imperfect World”), there is just as much redundant, sterile battle-oriented material (when will “true school ” emcees quit with the requisite braggadocious battle tracks, anyway?), stuffed full of uninspiring one-liners and underwhelmingly forgettable boasts, all delivered with little nuance or dynamic variation.

Of course, many Justus League enthusiasts will likely purchase this record ravenous for more 9th Wonder/Khrysis exploits. To a large extent, such expectations will likely be satiated. While his sound grows dangerously close to sounding too “same-y” for this reviewer, 9th delivers an admirably solid effort on this record- “Sista Girl” is irresistibly soulful, a goosebump-raising romp through the sweaty, sultry halls of Motown, “Insomnia” fuses a true-school adherence to traditional East Coast templates with an ethereal, involving weightlessness. It truly has to be said, though, that Khrysis thoroughly eclipses his more illustrious comrade on this outing, straying from the rather flat revisionist sounds that he has become famed for and offering more elegant, well-conceived compositions. With “Pure,” Khrysis adorns a typical slouching 4/4 groove and omnipresent, lurching bassline with refraining Come Clean-esque ambient noise, while “Lou’s Tavern” manages to sound simultaneously tangential, angular, and plain downright funky.

If you are already a Justus League aficionado, there is scarce little I can say to dissuade you from purchasing this record anyway. If you remain unconvinced by this North Carolina collective, I would expect that this record will have a negligible impact on your opinion and would urge you to pick up Big Pooh’s “Sleepers” or Foreign Exchange’s “Connected” instead. This is VERY far from being bad, but that being said, offers little to warrant an enduring space in your playlist.