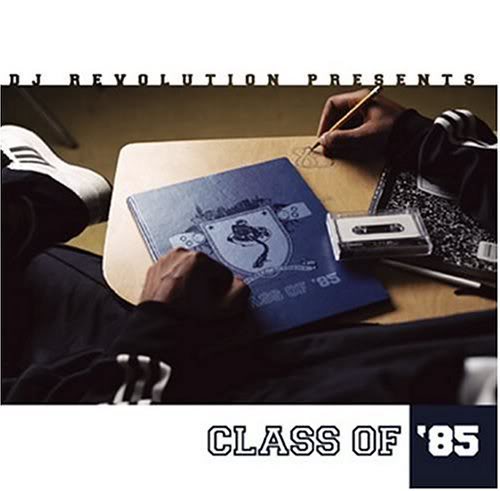 It’s not too often one picks up a mix CD at the record store and upon taking off the shrinkwrap reads the words “Made in France.” Really? No shit. As some of you might have surmised by now this writer is not one of those gung-ho jingoistic idiots who thought changing the names of good food like “french fries” and “french toast” was necessary when France refused to join our war on Iraq. In fact most of the idiots who wanted them called “freedom fries” didn’t realize they aren’t even called “french fries” in France – pommes frites, s’il vous plaÃ®t. Nevertheless the custom of anti-French bigotry became fashionable in the United States over the most asinine of reasons, when in fact the two nations share a three century history of cultural and economic exchange; after all, where do people think the Statue of Liberty came from? So it’s no surprise to this writer that after hip-hop exports to the France gave birth to a vibrant hip-hop scene including artists like IAM that they’d be more than happy to appreciate the old school rap classics first made famous in the Northern land between the Atlantic and Pacific. What’s more impressive is that the famed DJ Revolution (“The Wake Up Show” among other things) was hand-picked to compile the “Class of ’85,” and that those ingenious French people exported his hip-hop mix right back to us. In the end it’s the consumer who pays a few bucks extra from this cross-ocean transit, but it’s worth the loot. Very few times have this many classics come together at one time.

You know it’s on like Donkey Kong right from the start when Revolution mixes in movie samples like “Back to the Future” with Rock Master Scott’s classic “The Roof is on Fire.” The songs you know well and would expect to hear are all here: UTFO’s “Bite It,” Doug E. Fresh & Slick Rick’s “The Show,” Schoolly D’s “P.S.K.” and Run-D.M.C.’s “Together Forever (Krush Groove 4)” among others. Revolution has a wicked sense of humor though, stitching relevant historical samples such as the introduction of “New Coke” into the intro of songs like King Kut’s “Word of Mouth.” And of course you know that when Revolution picks the Force MD’s “Itchin’ for a Scratch” it’s too tempting to resist cutting the wax, which he does with deft style and flair. And the DJ love is not hard to find in Revolution’s selections anyway when you see songs like MC Shan’s “Marley Marl Scratch” and “Needle to the Groove” by Mantronix. You can hardly blame Rev because as long as the songs are good it doesn’t matter if he gives his fellow hip-hop spinners a little extra shine.

The impressive thing about this compilation is that DJ Revolution dug deep into the crates for some tracks that even old school heads may not recognize or which they should know but have forgotten. I’m talking about seminal songs like “Just Say Stet” by Stetsasonic and “Big Mouth” by Whodini as well as the lesser knowns like “Batterram” by Toddy Tee and “Funkbox 2” by the Masterdon Commitee. The cuts are choices and Revolution picks the choicest cuts, which gives listeners the best of both worlds. If there’s any fault to this compilation it’s certainly not in Revolution’s archives. As usual with mixtapes, there are times when you’d like to hear a song groove on and it gets cut short too quickly, and with 38 tracks on this CD that happens quite a bit. It’s possible too much material was packed into one 56 minute disc, and that this should have been a two-disc set. Also because these are vintage songs from the 1980’s, you will notice that the beats and rhyme styles are a little bit dated. That’s refreshing nostalgia to some, and hackneyed hip-hop to others – it all depends on your point of view. Still even for $16 and change it’s hard not to recommend “Class of ’85” to both new school hip-hop fans and the diehard loyalists looking to go back in time.