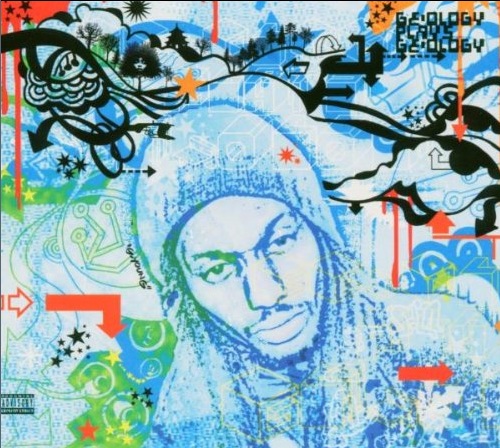 The producer has made big strides in hip-hop as of late. In years past you might know who produced a record by name, but unless said producer was a prominent part of the group who released the record chances are you would have no clue what he looked like. Today, almost every major producer is a household name and makes sure you know what they look like by showing up in videos and magazines. Despite this increase in prominence for the hip-hop producer, albums released by producers still tend to be mired in mediocrity. “Geology Plays Geology” is really no different than anything else released by a producer. The album does have its highlights, and the mix of instrumentals, remixes, and MC-assisted tracks is fresh, but overall it’s an average album that’s a little too heavy on the jazz.

The jazz element is heavy in Geology’s work, as it is reminiscent of early 1990s Native Tongues production. The heavy snares and slow bass lines that Geology tends to use do connect at times for stellar work, but for the most part the songs blend into themselves. That is the main problem with Geology as his production can’t stand on it’s own with out an emcee on it. This is not to say Geology is not a good producer, but what he produces sounds more fit for background music than the main event.

Highlights do appear on the album, especially when Geology picks up the pace and speeds up the tempo on his tracks. The singing on “Love Planet Science” works well with the bass line and drums to form one of the albums better tracks. “Fasho” is also a standout track with Consequence showing up for the vocals. The song’s bouncy beat and bass melody provide the proper energy for Consequence’s anthem. “Let Me” also steps up the energy level with an ill vocal sample on the beat. “Early Morning Haze” is another interesting track whose synths almost take on a west coast vibe. “Street March” infuses a different vibe into the typical idea of a march with its double time drums.

Outside of these tracks, most of the production on the album can get boring quick unless you are a big fan of jazzy, laidback, head-nodding hip-hop. It might be possible that Geology goes for this vibe with his production as he even includes a track called “Elevator Music,” but to the average hip-hop fan it may just be too much to bear for a whole album. When accompanied with singing or rapping the arrangements are interesting enough to warrant listening, but otherwise it takes an effort to focus attention on the music alone. Geology definitely gets credit for making a sound that is distinct and consistent, but it seems that Geology is better off letting the emcee take center-stage and his production playing the background.