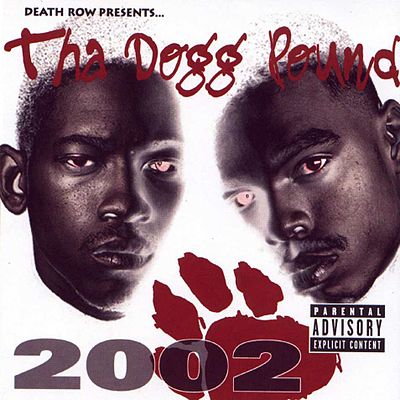 First off, this is not a brand new Dogg Pound album, but rather a compilation album featuring Tha Dogg Pound as a group, solo tracks, or guesting on other songs.

With that said, this album seems to mark the beginning of Death Row Phase 3, especially now with Suge Knight out of prison. The album comes out at a time when both Kurupt and Daz are coming out with solo albums (on other labels no less), so why not deceive the public into thinking that this is new? It says 2002 in the title, that means it’s like a car, the new model ready for the showroom. Not exactly.

However, this compilation does allow fans to sit back and relax with two rappers from the West who often got caught up in the Death Row ruckus between Snoop and 2Pac. But you have all the classic tracks here, like “Just Doggin'”, “Every Single Day”, “Crip Wit Us”, and “LIving The Gangsta Life”. Personally, I’ve always preferred Kurupt’s flow a bit more over Daz. Kurupt is represented here with songs like “Smoke”, “10 Til Midnite”, and “What Cha About”. Daz Dillinger produced almost half of the tracks on this album, which hold up a lot stronger than those produced by Above The Law’s Cold187um.

So what’s the reason to buy this? To get yourself reaquainted with Tha Dogg Pound, even though both are holding down their own solo careers. It’s not as good as a brand new recording, but it will do.