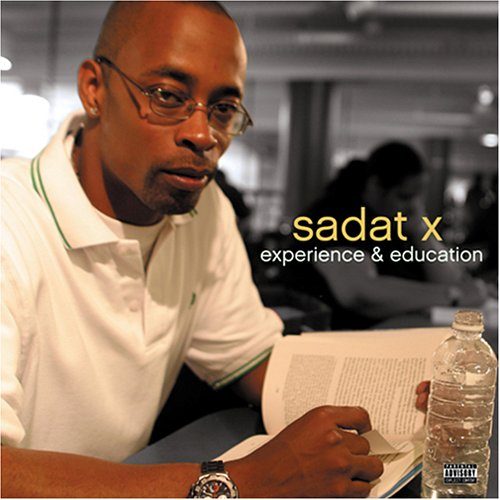 Maybe it is an unfair generalization to say that young people can’t fully estimate things like experience and education. But it is safe to say that with age comes a greater understanding of how important these things really are. Whether we have to accept how much better we’d be off with some additional experience, or some higher education, or whether we find out that being prepared does indeed pay off, we all get to that point when we realize that what we’ve been through and what we’ve been exposed to makes up a great deal of who and what we are. Some might view experience and education as opposites, equating one with real-life, first-hand familiarity, something that moulds your character, the other with second-hand, book knowledge, something that increases your intellect. In reality, however, it is nearly impossible to tell where one ends and the other begins.

When a rapper returns with an album entitled “Experience & Education,” we’re most likely dealing with a veteran in the game. A veteran such as Sadat X. Having made his debut in 1990 as one third of Brand Nubian, he has several group and solo albums to his credit. In the early ’90s “the Nubian name brought the X a lot of fame,” but such is the way of rap music that in 2005, Sadat X isn’t exactly the rapper the kids are scrambling to hear. That’s not to say that he’s out of touch with today’s youth. Having once abandoned a basketball scholarship to pursue a career in music, he’s now a coach at Harlem’s Riverside Church and has been working as an elementary teacher in Uptown for years. With a few deviations, this brings the Bronx native back full circle to his days in New Rochelle when he was studying Mathematics with his fellow Brand Nubian brothers in the late ’80s, a period reflected on the classic “One For All” LP.

Along the way, Sadat X has established himself as one of the truly original voices of rap, both in the literal and in a figurative sense. It’s quite impossible to mistake the Great ‘Dat for someone else, his sharp-cutting voice and conversational cadence conquering every track that bears the marks of his biting bark. Lyrically, he’s never been a rigid rhymer, thriving on a freeform flow and a refreshing frankness instead, stating his opinions in a stunning matter-of-factness. He’s penned his share of controversial lyrics, but even during the more militant phase around the second and third Brand Nubian album, when him and Lord Jamar were “drawing up plans that include the use of guns,” Sadat X never forgot about the foremost duty of a Five Percenter – to aspire to be a Righteous Teacher. There’s a lot to disagree about that particular philosophy, and the “actual facts” as taught by the likes of Elijah Muhammad and Clarence 13X might not necessarily match the facts of life in general, but it’s a remarkable feat that Sadat X has been able to maintain his profile as both a teacher and a student, of life as of faith.

“I need some god degree,” he reminds himself on the opening “God Is Back,” but ultimately “Experience & Education” is more about the lessons that life teaches you than about a spiritual search. And so he touches all bases, from personal musings (“Family man / but then again, could you call me American? / Do I fall into the plan?”) to general observations (“With one stone great cities are built / in any war there’s gon’ be blood that’s spilled”), always coming back to his hometown as the ultimate social experiment: “It only take a dollar to dream / but a lifetime to work to pull off the scheme / It’s a hustle in the New York badlands.” “I’m New York / seen a dead man laid out in a crosswalk,” he claims on “Back to New York,” adding on “Have a Good Life”: “New York is a sweet town if you’re Hilton or Trump / other than, you one of them niggas tryin’ to get over that hump.” He may not “live in Frank Sinatra’s New York,” but he doesn’t box himself up within a three-block radius either. On the simple but intriguing “The Daily News,” he grabs today’s paper and proceeds to read and comment on everything from world events to the sports section:

“Autopsy say the baby’s shaken
Teen gunman surrenders for the life he’s taken
Pavarotti talkin’ ’bout killin’ himself
You did a ad for Got Milk, your whole life is silk
[…]
‘A day at the office is a joy’
Is that comin’ from the people you employ?
Ben Affleck movie bombs
In Baghdad they cuttin’ off heads and arms
[…]
Horoscope say I need a Taurus on my team
lotto say it only take a dollar to dream
[…]
Oh boy, the Yanks met a ruthless end
but I give them dudes love, cause they need a friend”

Early on, when Sadat X assures us, “I’m strong… mentally, physically I’m still strong” over DJ Spinna’s sampling of the sung phrase “God is back in town,” it’s evident that the man is out to prove something. As he puts it halfway through “Experience & Education”: “I’m still good for a quote, I’m still good for a mean 16 and sound original like I ain’t copyin’ nobody.” Funnily enough, this is one rapper who couldn’t sound unoriginal even if he wanted to. “Imagine if I had a clone,” he ponders, knowing such a thing is indeed hard to conceive. It is therefore mostly his own material Sadat X has to live up to. That includes making sure he doesn’t come across too unique for his own good, to the point where people only perceive him as the guy with the grating vocal tone. In the past, the Brand Nubian slot presented him as a strong team player, while his solo debut “Wild Cowboys” from 1996 got him over with top-notch production.

“Experience & Education,” although bearing the stamp of the artist’s approval (unlike 2000’s “The State of New York Vs Derek Murphy” EP), somewhat misses the mark of a regular, cohesive album. Track titles like “The Great Diamond D” and “Ge-ology Beat” are slightly suspicious, as are guest appearances by acts who have, at least to my knowledge, disbanded years ago, such as Heltah Skeltah (on the aforementioned Diamond D track) and the Money Boss Players (on “Shine”). However, all these tracks are quality material, so if X’s third solo effort saves a couple of gems from oblivion, why not. On the production side, Nottingham’s P Brothers provide vintage orchestral funk on “Come On Down (Remix)” and “Outro (NY Fanfare).” Agallah, now with Purple City, laces him with a dedication track (“Shout”) and “Stack Up,” whose sample takes us back to the early ’80s. Vin The Chin combines a moody organ with aggressive but measured percussion on “Back to New York.” Kelph Dollaz blends into the neo-sampling crowd with the silky “What Did I Do?,” the asphalt jungle groove of “Help Yourself” and the lively “The Daily News.” Other contributions include A Kid Called Roots’ hustling and bustling “Creep,” Shan Boogie’s anthemically optimistic “Have a Good Life,” DJ Madsol-Desar’s soulfully thumping “(Experience) Why Don’t You?” and Minnesota’s pensive but determined “Shine.”

To “shine on the strength of our bars” is still an ideal worth pursuing to Sadat, who questions himself only for so long (“Maybe I need R&B, Alicia or Usher / or maybe I come out with the Crusher”) before he proudly resorts back to his outsider status (“I’m outside the box / I’m not with musicians and jocks”). There’s bitterness in some of his statements (“No main producers hit me, no R&B chicks come to get me”), especially when he reflects on how New York lost ground to other regions. But with “Experience & Education,” Sadat X proves that while he may not be able to compete in the corporate rap world, he has learned to appreciate the truly profound pleasures: “I want a good life / and hopefully find a good wife / and live somewhere safe / worship my own faith.” Fifteen years after “One For All,” not an awful lot has changed about the brother Derek X. As far as his rapping goes, you either love him or leave him alone. Those that do love him will easily see why this album is called “Experience & Education.” Those that decide to leave him alone hopefully do so at their own whim, not because someone told them to, to come back to the possible difference between experience and education. Cop this album and you’ll get them both.