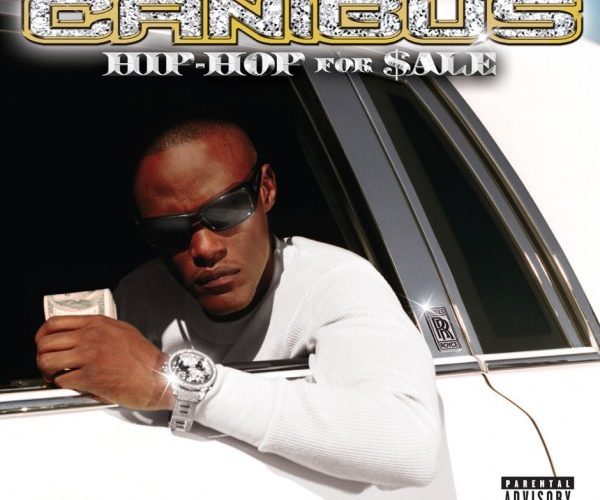 “Don’t call it a comeback; I’ve been here for years”

With those ten words LL Cool J fired the first salvo off the single and same-titled album “Mama Said Knock You Out” fifteen years ago. Stung by the criticism that he had gone soft on “Walking With a Panther” and sold out dedicated fans who were down with him since “Rock the Bells,” LL literally terrorized a hip-hop nation into believing he was the fiercest man on the planet. It worked. As LL promised us “destruction, terror – and mayhem” in his raps, we head-nodded to the beats and then bumrushed the stores to pick up the album. “I’m gonna knock you out,” snarled LL, and he delivered a vicious blow to all of us who doubted he was one of the greatest rappers alive.

“Why do you riff with me? The maniac psycho”

Despite the enmity between Canibus and LL Cool J, the two have far more in common than they’ve ever realized. Time and again critics and foes have both doubted and underestimated them. Most people presumed Canibus’ career was dead way back in 1998 when “Can-I-Bus” was released. An eager hip-hop public set sky-high expectations for a man who until then largely had a reputation as a cameo artist with great punchlines. Needless to say no one could have lived up to those expectations, and ‘Bis didn’t. To be perfectly fair though the album is much better than the scathing reception it got, even from this website. The funny thing is that while hip-hop itself lowered it’s own expectations to the point where women ho themselves out in song while the men use cliched phrases like “don’t be a snitch” as a thinly veiled threat (this country has far more to fear from domestic terrorists than it does from abroad), Canibus has if anything raised his own. Those who presumed him parting ways with Wyclef Jean would be the death knell of his career couldn’t have been more wrong. By my own account he’s had at LEAST seven releases since then, including the outstanding “Rip the Jacker” and the overlooked “Mic Club – The Curriculum.” He’s also had a couple of bad albums, and at least one that was plain awful, but that happens when you set high expectations for yourself – sometimes you reach the bar, sometimes you don’t. ‘Bis never quit though, even when a lot of hip-hop quit on him.

You most certainly can’t call it a comeback because like LL Cool J in 1990, Canibus is a hip-hop veteran who’s already been here for years, rockin’ his peers and puttin’ suckers in fear. With the title and cover of “Hip-Hop for $ale” Canibus is taking a completely unsubtle shot at the state of rap music in 2005 right down to the shiny watch glistening on his wrist, the fat wad of bills in his hand, and the Rolls Royce that’s pictured on both front and back. Of course rappers have been crying “sellout” for years and it hasn’t changed much. Some were bitter because they weren’t as successful as P. Diddy, and some were genuinely concerned that rappers became too obsessed with getting rich to the detriment of themselves, the communities they came from, and the craft of hip-hop itself. Has that stopped a single person in the last 25 years from rolling a fat Caddy with big rims, or shopping for the most expensive liquor money can buy? Of course not. Rap preaches to itself a lot, but doesn’t seem to listen to the sermon that much. So some people may mistakenly think Canibus’ is just trying to join the baller bandwagon, and even those who don’t may miss the point in his raps entirely. That’s okay – ‘Bis enjoys going over people’s heads. He’s “Back Wit’ Heat” regardless:

“Yo if I cough in my fist when I open my hand
There’d be dope in my hand cause I spoke in my hand
In the gym ’til I turn the two-pack, to a four
‘Til the four got sore and had to make two more
In a whole ‘nother state of mind – Mexican standoffs
Waste lives but they save time
You know the danger, the ranger, pantyhose over
Got basic scopes and lasers, my toaster is a widowmaker
Good things come to those that wait
BULLSHIT! Better things come to those that chase
I sweep the streets with a fleet bigger than the Greeks
‘Til we occupy your land like thiefs, we fin’ to eat nigga
I’m back for the music, back to do exclusives
Back to change the view of hip-hop, from that bullshit
Back to mash up beats to bang up your ave and streets
Canibus nigga, back with heat”

I must have missed it, but I didn’t hear Canibus talk about spinners or Cristal anywhere in that verse. Mexican standoffs? That’s the sound. Boom boom BYE over a killer Nottz beat. Any man wan’ test?

“Shotgun blasts are heard/when I rip, and kill, at WILL”

The most menacing thing about Canibus is that he doesn’t have to scream and shout to be intimidating. ‘Bis levels these lyrics with a calm but deadly sincerity, the sound of a ferocious attack just bubbling beneath the surface of his gravelly voice. ‘Bis couldn’t be jiggy if he tried – he’s just built too hard for it. He keeps on coming hard on the smooth old school funk of “Show ‘Em How”:

“Aiyyo Canibus’ll spark it for ya, Nottz’ll paint the target for ya
Mic Club’ll launch it toward ya
This is the beginning of the rest of my life
Rippin the mic, and rippin it right, you listen you like
You dislike you get disciplined with the pipe
Muzzle flashes of light that says goodbye to lie
I’m anti-social but humble
I blow a hole in you to get a hello from you! If that’s what it come to”

It’s hard not to chuckle and smile when ‘Bis drops a line like this, which is clearly the intent – he’s pleasing the listener. Those who need a break from the icey grills and platinum chains, even if only for a minute, can take refuge in the beats and rhymes found within. He raps for the fun of it, but he also raps with highly focused intent. The result is intense rhymes with snaps that are as witty as they are lethal.

And just like LL proved it to the world 15 years ago, Canibus is proving it to the doubters today with tracks like Blackmilc’s slick banger “Da’ Facelift”:

“You want a facelift? This what it take ‘Bis
A beat that’ll make a nigga think an earthquake hit
The blue collar rapper, enigmatic, democratic
Rap-saavy fanatic that can smash any matchup
High with a roach, bring wealth and goggles to my show
My flow glow brighter than any diamond that you know
I walk among you, draw energy from you
The art of Sun-Tzu, he used to bust too
I’m like a Shaolin monk on crunk
Holdin himself up with his thumb on the stump”

The only place where “Hip-Hop for $ale” falters is that not all of the beats on this short eleven track, 41 minute long album can keep up with the intensity of ‘Bis. Nottz carries most of the first half of the album, and Jeff Wheeler does a great job substituting for him on “Benny Riley,” but then things start to falter. Tick & J. Starr make the almost ridiculous mistake of trying to pair Canibus with a love ballad on “So Into You” and it’s easily the album’s most skippable song. Jayswiftz is only half the problem with “Take Dat” – the other half is the mundane raps of Awon and Ike Infa Diamond. The same can be said of guest rapper Hamza and producer Wheeler on the album’s finale “Punch Lines.” People don’t pay for a Canibus album to hear people other than Canibus, save for a lyrical great in his own right like Rakim or Kool G. Rap who can spit just as hard as ‘Bis does. In the catalogue of ‘Bis albums “Hip-Hop for $ale” will not go down as the greatest of all time, but it will go down as a statement. Without Olde English to fill his mind, Canibus can still come up with a slew of funky rhymes that will straight knock a motherfucker out.