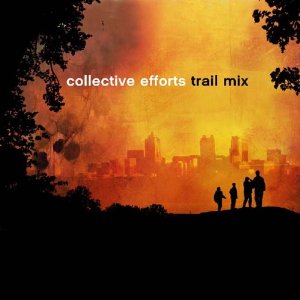 For the last year or so Atlanta and Houston have been battling it out for the top spot in the rap game, both literally and figuratively. Houston seemed to have the knockout punch ready in 2005 with a slew of releases from former underground heavy hitters but early 2006 has seen Atlanta come back with a fury. The forthcoming movie, appropriately titled ATL, arguably puts Atlanta ahead in the race for rap dominance. Despite this heavy competition in the south, acts that have emerged from all areas fall into the street rap category and are not very diverse at all. This one-sided representation of the rap game doesn’t reflect the true composition of the rap scene in either city, especially Atlanta. Since the late 1990s, Atlanta has been the breeding ground for many an underground rap group. Though the non-street genre of rap has remained underground in Atlanta it has produced more than a few quality releases. Hoping to join the ranks of lesser known but equally talented ATL acts, Collective Efforts comes through with “Trail Mix.”

“Trail Mix” is much like the food from which the name was taken as the 25 tracks include some satisfying treats but you must sift through a good amount of filler to get to them. The group consists of emcees Ben Hameen, JMil, and Bambu. At times some of the emcees, like JMil and Ben Hameen, do stand out with a distinct style and southern drawl, but on other tracks the rappers come off as very boring stylistically. Bambu’s style specifically pales in comparison to his fellow group members. As is the case for many an emcee, the group members are not bad rappers by any means but at the same time come off sounding very average at times. The mixed results on the mic seem to run parallel with mixed results overall. All the emcees shine on the upbeat “No Worries” and come through with dope flows and lyrics, especially JMil. The emcees also come through on the somber and reflective “Po Folks.” Both of the aforementioned songs also include dope beats courtesy of the production duo consisting of JMil and Creashun. When the beats falter it seems the emcees follow suit and also come through with sub par performances. “Way Too Long” features an average dragging beat and the emcees come through with an equally boring performance on the mic. “Rhyme For Life” suffers from the same problem as the beat is unimpressive and the emcees mimic it. “Another Soulful Song” is one of the few tracks where the beats and the lyrics don’t match up as the beat features a beautiful string sample but the emcees drop so-so verses.

The beats on the album, courtesy of group members JMil and DJ Creashun, aren’t as up and down as the emcees, but still hit the average mark more then they impress. Overall the album has a mellow laid back vibe, as is evident on tracks like “Growth Part II,” which is one of the albums more upbeat songs yet still has a relaxed tone. The album’s vibe is definitely consistent through and through, but many of the beats are simple and straightforward. It’s not a bad thing but it makes many of the tracks blend together and prevents the album from standing out.

“Trail Mix” has some impressive cuts, but overall meanders just above the average hip-hop release. With 25 tracks, this release is one of the few cases where an artist might have given fans too much. Cut down to 15 tracks, “Trail Mix” could have been much more impressive and could have done a better job of hiding some of the group’s deficiencies. As it stands, the albums length makes the impressive tracks stand out even less and allow both the producers and rappers more opportunities to falter. Collective Efforts is an above average group, but just barely. With time they might be one of the elite ATL underground acts, but for now they are just another option for the hungry hip-hop fan. Their “Trail Mix” will leave you full, but won’t leave a lasting impression.