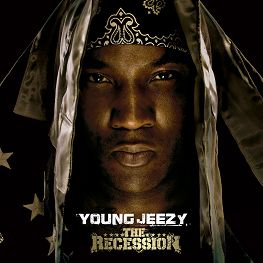 I didn’t like Young Jeezy in 2005. At the surface, he embodied everything I thought was wrong with mainstream rap. All the references to being a hustler, not a rapper; to not caring about hip-hop just rubbed me wrong. I saw him as a caricature, just another rapper playing down to gangsta rap’s conventional wisdom. And when I actually heard him rap, all I heard was another uncreative, unoriginal, and uninspired gangsta rapper from the south.

Then “Go Crazy” was released as a single. When Jay-Z is on his A-game, there are only a handful of rappers who can stay with him. And Jeezy is one of them. He’s definitely not the most complex lyricist you’ll ever hear, but he’s a subtly insightful one. His gritty, drawling voice isn’t the most pleasant, but unabashedly slow and blunt delivery is undoubtedly refreshing. And his gimmick of the straight-from-the-streets hustler who’s ready to go back to the â€˜hood isn’t new at all. The only difference between Jeezy and every other rapper with the same gimmick is that he’s just better than the rest of them.

Jeezy is the southern equivalent of Raekwon: his raps are gritty enough to make everything he does unquestionably street music, but underneath the grime is a tremendous ear for music and a constant creative vision for how he fits in it. And while his lyrics are definitely simple, he’s got an uncanny ability to get across clearer ideas in a line than many rappers do in a verse. GZA once instructed rappers to keep their raps brief, “half short and twice strong.” If Jeezy’s got a unique talent, it’s shortening complex ideas into simple statements. He even manages to break down his entire beef with the government’s drug laws in a single verse of “Crazy World”:

“When I was 14, I turned nothing to a quarter mill’
Probably why I never gave a fuck about a record deal
And I never even tried the shit
Imagined how that white feel
But that don’t even matter though
I’m trying to pay that light bill
Light bill, phone bill, plus my granny’s nerve pills
Feel like I should be taking them
Imagine how my nerves feel
I want a new Bentley and my auntie need a kidney
And if I let her pass, her children never will forgive me
Goddamn another trap, I think Bush is trying to punish us
Send a message out to every single one of us
Real G shit? Well, that’s really unheard of
When you get more time for selling dope than murder
In this Crazy World!”

That’s not to say all, or even a third of Jeezy’s verses are about politics. Besides justifying drug dealing and frequent Barack Obama references, he’s mainly concerned with himself as a theme. Basically, he’s realer than every other rapper, he dealt drugs, he’s got money, etcetera. Jeezy’s strength lies less in what he says than how he says it, as he says, “Ya’ll niggas want wordplay, but I’m about bird play.”

Everything I just said about Jeezy would be irrelevant if not for his incredible ear for beats. He’s always been known for it, but this album is his best produced yet. From the introduction, every beat is produced on an epic scale. It’s all as unapologetically blunt and hard as Jeezy himself is, and the marriage covers Jeezy’s flaws while enhancing his strengths. It works best when the bass stands out, as in “By the Way” and “Get a Lot,” but it’s all outstanding.

It’s all clearly southern, but it’s stripped of the south’s modern party vibe, drawing much more from UGK and No Limit than Lil’ Jon and the crunk movement. This is appropriate, because Young Jeezy isn’t about parties, or jumping around, he’s all about getting yours â€“ another unique aspect of his rhymes. Most rappers are all about theirs, and while Jeezy definitely rhymes about his money, he’s nearly as much about people taking their responsibility to make their own success.

Put it all together, and you’ve got a decent lyricist and a great individual voice over one of the best produced albums of the decade. There’s not a single weak song among the 18 here, which is a remarkable achievement. Jeezy manages to keep a strong unified album together without ever getting monotonous or tired. It’s one that many better lyricists who might look down on him can’t come close to achieving. While he might not be, as he says, the new Biggie or Tupac, Jeezy’s a great musician in his own right. And as long as he keeps making music as good as this, he’s going to have a career that will have rappers of the next generation trying to be the next Young Jeezy.