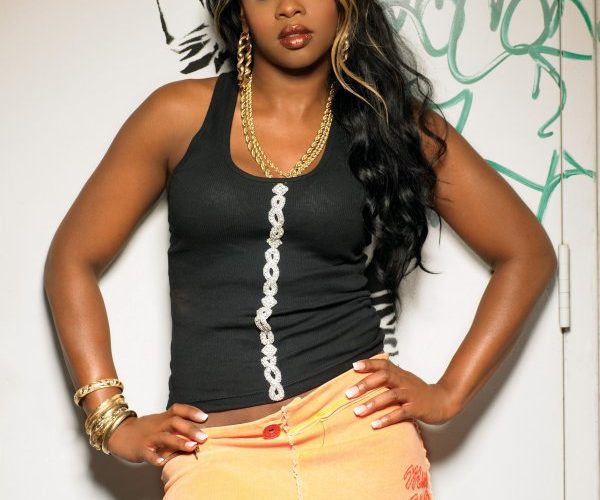 By her own admission she’s “so conceited,” but she’s also so busy, too. With her full length solo debut,There’s Something About Remy, in stores, the “Conceited” single getting heavy rotation on urban radio stations all over the country, and packed houses to perform for every night, Remy Martin is burning the candle at every conceivable end. Somehow she found time to sit down with us at RapReviews.com to talk about the tour, her goals for herself, and why she sometimes has an intense desire to smack Fat Joe upside the head.

Adam Bernard: First off you’re on tour with Keshia Cole, how’s that going?
Remy Martin: Everything is actually going pretty cool. It’s kinda fun, that’s like one of my closest friends. We have a lot of fun, we get to chill with each other. Normally our schedules are so conflicted that we don’t get to see each other so it’s kinda good that we know we’re going to be in the same place at the same time.

AB: I know male artists have to deal with, sometimes quite willingly, female groupies. Is there a male groupies situation backstage for female rappers?
RM: Yeah, but probably not as bad. We have security, that’s the difference for females who have male groupies because if a girl gets too out of control he can actually use power and in our case, especially Keyshia, we have to call for reinforcements.

AB: Your album is filled with some pretty hard lyrics, do you feel female MC’s have to lose their femininity to survive in Hip-Hop?
RM: No, not really. It’s like a combination of both to me because you either have to lose your femininity to get whatever you need, or you have to extra boost it up. There’s no in the middle for me.

AB: How have you seen the role of the female MC change since you started rhyming?
RM: I play my position I do me, I can’t really speak for the role of all female MC’s just based on me. I do what I do for rap. I’m different from everybody else, I don’t feel like I’d let anybody make me do anything I don’t want to do.

AB: In what other ways do you feel you’re different?
RM: Besides the fact that I write all my own material and that I don’t really try to be anybody else, I don’t have my interviews screened like “I’m not gonna answer this. I don’t wanna talk about this. Don’t ask me about that.” I try to be as natural and as me as much as possible. There are so many people that I know personally and I’ll see an interview or I’ll see something that they’ve done and I’ll just say to myself that is not them at all, they have the person that they really are and then the interview. I try to keep them both the same, it’s easier that way for me.

AB: Who were your inspirations growing up?
RM: In the music industry, I liked a lot of the guys mostly. The BIG’s The Lox, DMX and I know these are really recent artists but these are the people that were out when I was actually growing up. I was so young around the time when the Salt N Pepa’s and MC Lyte’s and all of them were out.

AB: How has your life changed since you linked up with Terror Squad in 98-99?
RM: I can’t really like just say one pinpoint of how it’s changed because it’s changed so much over the years. I experienced the most extreme changes when I started doing my solo project. It’s one thing when you’re in a group, when I’m running a little late you still have Joe and Tony and Prospect and you won’t notice that I’m not there yet, but now everything is you, you have you nobody that you can really fall back on.

AB: As you just noted, TS has a lot of members, why do you feel the time was right for you to release your album?
RM: I just feel like to some extent, not saying that I work harder than everyone else, but when we had done the Terror Squad album and when we do everything else, also being the only girl also helps, I always stand out. People were looking for my solo project and I never expected to be in a group so it was bound to happen eventually.

AB: You’ve said what you didn’t expect but what do you expect? What mark do you hope to leave on the hip-hop world?
RM: I just want to be known as one of the best if not the best. I don’t feel like there’s anybody on my level, but it’s not really up to you it’s what the people say. When the people agree and the people say what you are that’s pretty much, to me…. when they want you to have that title, that’s it.

AB: If I recall correctly there was a pretty high profile battle with another female MC, Lady Luck. What was that all about?
RM: Nothing she just thought, at the time we hadn’t done the Terror Squad album yet, “Yeah Yeah Yeah” was out, she was trying to do her own thing and I guess she came up with a plan like I’ll battle Remy, everybody thinks she’s so nice so I’ll put the focus on her. It didn’t turn out too good for her.

AB: Finally, if you could smack some sense into any artist who would it be and why?
RM: Fat Joe. Cuz he’s got the hottest chick in the market and he don’t really know and I don’t know what’s the problem. I feel like he’s been around me so long, since I was so young, that anything I do it’s not like, to the rest of the world it’s so amazing to them like “oh my God, and she’s writing this herself and it’s her own material” whereas in his eyes he’s like “I’ve seen her do this since she was 17.” I think he’s used to it by now.