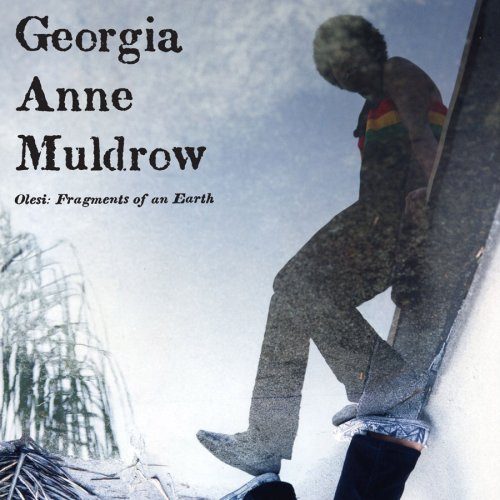 Some hullabaloo has been made about Ms. Muldrow since her “Worthnothings” EP dropped earlier this year. She’s been getting press for a variety of reasons but, more interestingly, from a variety of places. Among other outlets, people at both BET (unofficial and controversial advocates for black people) and NPR (unofficial and controversial intercessors for moneyed people (c’mon, you know it’s true)) have decided that Ms. Muldrow deserves our attention.

Of course, anything with the Stones Throw name will get noticed, her age is worth discussing (just 22), and her multi-instrumental range (I don’t want to be the millionth reviewer to use ‘prodigious’) is impressive, but though these things lend intrigue, they pale next to the real reason this auteur is getting shine: her art (‘music’ seems too limiting) gives the impression of being culturally important, and reviewers (unofficial culture police) don’t want to be left out.

Muldrow makes music in a lot of ways. She sings, and can carry a tune with equal soulfulness to whichever ‘inimitable’ songstress people feel no candle can be held to (Ms. Blige, Ms. Hill, Ms. Scott), but instead chooses to go the impressionistic route, painting with noises and free-formed phrasings. Think Dudley Perkins + Erykah Badu. She writes, but her poems read like word collages and emotional musings. She also makes beats (how many female beatmakers do you know?) firmly entrenched in the Madlib/Dilla style (organic sounds, lagging stutter-drums) with some competence. She plays all types of instruments as well, but Muldrow does all these things to textural effect. She’s allergic to catchy, hooky song stylings, and embraces an intended break from pop form (a Stones Throw hallmark).

You can feel it, see it in the eyes of the media, hungry to spot the vanguard: this young, black, brilliant artist must have something to say, must set trends, must break boundaries. Sa Ra, Stones Throw and the Platinum Pied Pipers can’t be wrong- surely this girl is the zeitgeist.

On record, everything Ms. Muldrow does invites comment. Somehow, when she sings strong or sweet, it calls our understanding of ‘femininity’ into question. When she sings about blackness, she makes you wonder what you consider ‘black’ and why. Her wailing and cooing question ‘singing,’ her songs question ‘structure,’ and, as per most postmodern youth, it feels like nothing in her world escapes deconstruction and re-appraisal.

There is a restless vibe to her music, a paranoid drift in her experimentalism that leaves “Olesi” the opposite of the Earth that birthed it: decidedly un-fragmented, the tracks all sound the same. Taken individually, each is makes a distinct statement, but over 21 tracks, the effect is grating. “Olesi”‘s swirling muddiness and buried boom-bap are in the spirit of free-jazz (free-hop?), but Muldrow’s more-is-more aesthetic never gets where it is going. She has officially entered a realm presided over by the spirits of Ornette Coleman and Jackson Pollack, and that’s a place I’m uncomfortable with, a place where I don’t know when to call ‘bullshit’ and when to try and ‘feel the vibe.’

I have the feeling that many people will judge Muldrow’s detractors as ‘stupid’ for ‘not getting it.’ As qualified or unqualified as I may be to review this LP, I can say nothing more than that I’m not a big fan. When she collaborates (like on ST’s “Chrome Children,” the Roc C joint, and various other projects) I like her well enough. I can appreciate her emotional range. She channels rage and sorrow with a maternal bent that feels truly genuine. She could probably hook up a decent rap album if she wanted to. She seems to be a student of life and of modern production values, but when you drop an LP this dense, the charge is to the audience to either be motivated or unmoved to unravel its many mysteries. I’m not down for the challenge.

“Olesi: Fragments of an Earth” is a testament to artistic freedom and emotional honesty that may or may not be a culturally important work of art. I can’t tell.

I’m a vain narcissist, so my general rule of thumb is pretty arrogant: if I don’t care about your album, that’s your fault. After much deliberation, I remain as apathetic as ever about this one.