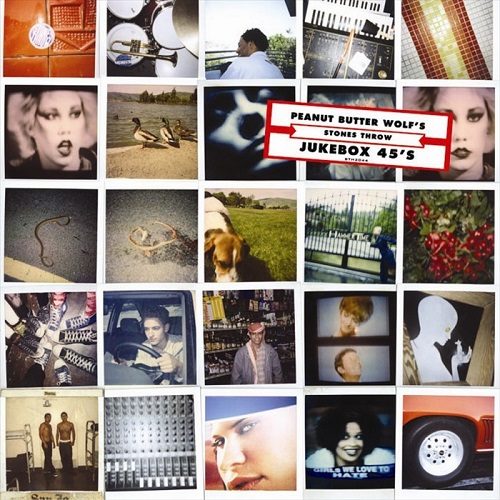 Among crate diggers looking for grooves so rare somebody came up with the term ‘rare groove’ (describing raw rhythms based on funk, soul, jazz, reggae and Latin ranging from the late ’60s to the early ’80s as well as a genre of dance music trying to resurrect these same rhythms in the early ’90s), 7″ singles are the thing to look out for. However, as it is with anything that’s in demand, as soon as they got wind of the hype, labels big and small went back to the vaults and have been issuing compilations ever since, often to the dismay of dedicated record collectors.

The sampling technology, and with it hip-hop, has played an important part in the renewed interest in gritty grooves. You hear a rap record and you’d really, really like to know what the source of this particular sample sounds like. What started out with the “Ultimate Breaks & Beats” series in the ’80s, has now turned into an industry churning out compilations by the dozens. Famous hip-hop producers/DJ’s have been asked to compile their all-time classics. Fans went crazy for DJ Shadow and Cut Chemist’s “Brainfreeze” session and even the people in charge of this here record, contributed to our enlightenment with last year’s “The Funky 16 Corners” sampler. But they also tried to stay true to the phenomenon, by re-issuing several original ’60s and ’70s singles, five of which have made “Jukebox 45’s”.

The 45 format is so crucial to the whole experience, that Peanut Butter Wolf took it a step further and decided to revive the 7″ single for the hip-hop genre. The limited edition Stones Throw singles have become collectables in the short period of time the series has been running. Counting over 20 releases and still going, Peanut Butter Wolf has decided to make some of these tracks available to a less exclusive circle of people, thus spoiling it somewhat for the collectors who already have their set of 45’s neatly stacked in a safe at home. However, it was made sure that only one song was chosen from each item, so that singles collectors would still own something exclusive.

Somehow this all reminds me of a poor record collector, whose agony I deeply felt when his house burned down, and with it his broad collection. I’m referring to Q-Tip, who said on A Tribe Called Quest’s “Excursions”:

“Back in the days when I was a teenager
before I had status and before I had a pager
you could find the Abstract listening to hip-hop
My pops used to say it reminded him of be-bop
I said: Well daddy, don’t you know that things go in cycles?
The way that Bobby Brown is just ampin’ like Michael”

Things go indeed in cycles. Back in the days, even before Peanut Butter Wolf was a teenager, he would buy 7″ singles because that was all he could afford. Who would have guessed then that the boy would once grow up to press up his own singles? Legend has it that really he just did it so he could feed the jukebox he had since 11… In 1998 Madlib was first with his Quasimoto project, and he occupies a prominent part on “Peanut Butter Wolf’s Jukebox 45’s”. Several short tracks he released under the moniker Beat Conductor are sprinkled here and there. There’s his “Microphone Mathematics Remix”, as well as a few Yesterdays New Quintet works (“Harlem River Drive Interlude”, “I Am Singing”, “Mystic Brew Interlude”, “Knucklehead”), “The Ox (Fantastic Four)”, recorded under the Madlib Invazion tag with Oh No and Medaphoar, and finally even a Lootpack track called “On Point”.

While fans of the multi-facetted Madlib get their money’s worth, people looking for more obscure stuff will not be disappointed either. Declaime doubles as Dudley Perkins, expressing what he apparently only could express singing in “Flowers”. Captain Funkaho sings the praise of his Atari 2600 in the bad-like-a-mutha “My 2600”. Medaphoar asks you to “Place Your Bet”, A-Trak gets stupid on “Enter Ralph Wiggum”, while Charizma questions his own “Devotion” towards relationships.

Placed among the contemporary cuts are five re-issues of possibly ultra-rare grooves. The borderline soul/funk love song “Things Could Be Better” by Ernie & The Pop Notes f. Raymond Winnfield, the psychedelic “Rocket Ship” by The Stark Reality, the groovin’ and a-movin’ “Poppin’ Popcorn” by The Highlighters, the swirling and twirling “Take Me” by Fabulous Souls and finally “Color” by L.A. Carnival. The real deal, if you will. And the label’s own funk cover band, Breakestra (“Getcho Soul Togetha (Part Two)”) supports that argument rather than refuting it.

While caring for the whole plant, its roots as well as its latest offsprings, is a noble task that Peanut Butter Wolf and his label are attenting to with much devotion and financial expenses, a compilation like this runs the risk of making them look more like imitators rather than the innovators that they are. As closely related as they may seem, the old songs, recorded by bands, and the new tracks, often constructed by just one individual, were born under fundamentally different circumstances. It is for the listener to find out what their common ground and what their dividing line is. The aforementioned rare groove compilations will help him understand.

Altogether, “Peanut Butter Wolf’s Jukebox 45’s” is an eclectic mix of old and new, of traditional and experimental, all wrapped up in a CD that has little chance of becoming a collector’s item simply because it is already derived from more than a dozen of collector’s items. But if you consider checking out his personal “Jukebox 45’s”, Peanut Butter Wolf would probably thank you the way Q-Tip once did, for purchasing this…

“deliberatley cheered LP filled with streeet goods
you can find it on the rack in your record store
If you get the record, then your thoughts are adored
and appreciated, cause we’re ever so glad we made it
We work hard, so we gotta thank God
Dishin’ out the plastic
Do the dance till you’re spastic”