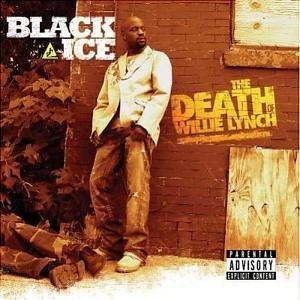 “Gentlemen, you know what your problems are: I do not need to elaborate… In my bag here, I have a fool proof method for controlling your Black slaves. I guarantee every one of you that if installed correctly it will control the slaves for at least 300 hundred years. My method is simple. Any member of your family or your overseer can use it.”

The Willie Lynch speech of 1712 was supposedly delivered on the banks of the James River by a British slave-owner seeking to help quell problems with slave revolts and wide-spread unrest in the new world. He proposed a no-fail program to indoctrinate slaves, ensuring that they will be “self-refueling” and “self-regenerating.” However, the authenticity of this document is uncertain, and it seems more likely that Lynch was actually the Virginia landowner who authored the William Lynch Act. Still, the harshness and disrespect accorded to black men and women in the speech is a testament to the inhumane period of American history that was slavery, a centuries-long system in which its effects still resonate today and can especially be seen in professional sports and entertainment.

But perhaps Lamar “Black Ice” Manson views this alleged speech as an opportunity at reinvention for himself, and with production assistance from Eric “Booty” Greene, allows his songs to be responses to Lynch’s program, seeking to dismantle every facet of the slave-making theory by providing a program of his own to break away modern stereotypes and build from anew. He definitely seems apt to do so, as a former spoken word artist featured on Russell Simmon’s Def Poetry Jam series (the most featured poet in all five seasons) Black Ice has a knack for flow, allowing him to spit numerous lines clearly in a short period of time, with a sound that is both calm yet scathing. This is best illustrated in the “The Path,” the album’s intro which showcases Ice ripping up a simple and eerie drum-line and two-key piano loop, occasionally laced with a whistle, and rapping about his opportunity to be that one to lead us into a new age, as he rips, “Some say my words are prophetic like the succession of God’s plan/ So stoppin’ my progression is like fuckin’ with God’s Man.” The song moves right into “The Ugly Show” and illustrates Ice’s talent for insightful critiques, as he provides an overview of both government inaction and media abuse of the crisis resulting from Hurricane Katrina, while the hook cries out, “You abandoned me!”

The tone of the album changes quickly with “Lone Soldier,” a much softer melody comprised of a pleasantly ever-changing guitar and piano background with a hook sung by the sultry Chinahblac, all of which helps Black Ice to reflect on his difficult relationship with his daughter and her mother leaving him to admit the following: “You see, with two parents in conjunction a dysfunctional child is inevitable/ See, mommy’s not on time with daddy and daddy’s not on time with mommy, so the child grows up off schedule.” As well, “Takeyatime” is a bouncier joint, perhaps the most commercially accessible production on the album and features Musiq, which has Ice playing older brother and dishing out advice to his younger sister, a concept that he excels at.

Unfortunately, the second part of the album takes a bit of a downturn production-wise, with “Hoodwatch!!” providing a more annoying sound that might deter listeners from enjoying the battle rhymes Ice has to offer. In similar vein, both “Front Page,” which pits the rapper as your casual headline reader commenting on the day’s news, and “Shine,” which features a smooth verse from Natalie Stewart of Floetry, features poor combinations of horns, drum claps and keys that are altogether forgettable. Although the album was executive produced by A Touch of Jazz (DJ Jazzy Jeff), the listener is not blessed with the same soulfulness that can be found on “The Magnificent.” Rather, Eric “Booty” Greene’s music does not seem to compliment Ice’s astute and lyrically full vocals, leaving the album just average and, perhaps, misses an opportunity to showcase a different, more constructive rapper/thinker.

Interestingly, Black Ice differs from other prolific spoken word-turn rap artists like Sage Francis and Aceyalone, and displays a sound that is much smoother and on-key, rather than retaining that spoken word feel. And while he may not be as melodic or entirely metaphorical as the aforementioned artists, his rhymes are no less potent and offer a quality alternative. Still, in order to build a fan-base, he will need to enlist more effective production; however, if Greene can come through more with the dark punch that “The Path” supplies and which fits so well with Ice’s form, this team can be definitely more effective.