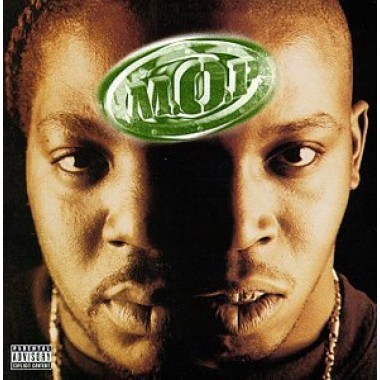 As Billy Danze states in the opening skit to “First Family 4 Life,” things were “way out of control.” The divide between underground and mainstream music was increasing, as was flashy, crystal-popping hip-hop. However, instead of giving in and easily making an album appealing to a market catering to such music, M.O.P. did what they do best: they gave the market a middle finger and did MOP! Nowadays, it’s near impossible to find anything as passionate, compelling, energetic, and furious as a record from the First Fam. They have always been that group to give the raw deal; hip-hop, hardcore style, with a gully perspective on all things not from the streets of Brownsville. And, in 1998, they managed to build on the fiery storm found in both their second LP, “Firing Squad,” and follow-up EP, “Handle Ur Bizness,” and churned out their most complete and cohesive album yet: “First Family 4 Life” â€“ a declaration on the strength and unity of the group, and a call-to-arms to all those yearning for the hardest hip-hop to date.

On cue, DJ Premier, who has been quoted as saying that M.O.P. is one of his most favourite groups to work with, begins the album with a banger in “Breakin’ the Rules.” A chopped up bass-line replete with a lazy whistle/horn that re-introduces the crew effectively, and showcases Bill’s enhanced mic skills: “The name’s Bill [Whaddup Bill!]/ I’m a semi-automatic addict for real/ Before you test me/ Know that I feel that the impact from a gat when it kicks back is sexy.” Instantly, the song is followed by one of the two M.O.P. joints that have found commercial success, “4 Alarm Blaze” (the other being “Ante Up”). Here, Teflon and Jay-Z lend vocals, adding fuel to the flames that is this seriously amped-up Survivor sample; but, while the then head of Rocafella has always managed to outshine any artist as a featured spot, he has never done so on an M.O.P. joint and is relatively unnecessary on this single. Interestingly, the group changes gears drastically and drops the grinder’s anthem, “Blood, Sweat and Tears.” Here, Lil’ Fame spills his heart on a Laze E. Laze gem, in which the beat cries out with pianos and an overarching vocal in the background:

“[Blood] Is for the brothers that died, the mothers that cried
The brothers that tried
All we do is [Sweat]
Steady puttin’ in work, handlin’ dirt
Holdin’ your turf
We all shed [Tears]
For the loved ones, the thug ones
And all deceased peers
And while these other cats play hard
I’ma praise God
And thank God that I’m here
Blood sweat and tears”

The song almost plays as a follow-up to “Dead & Gone,” but filled with more experience and knowledge. Yet, despite the obvious and unparalleled chemistry between the duo, there are differences in style and flow that only serve to strengthen the group’s voracity for underground music. “Facing Off” allows both Fame and Danze to demonstrate their personality divergences, each provided with a distinct MOP/Laze beat (Ã  la Premier) and time to blow it out. Fame steps in on what is a seemingly smooth, jazzy funk, until the machine gun drum kicks in on Fame’s screaming, and is followed next by Billy shouting out on a more up-tempo beat assisted with sirens and rugged bass. Heather B then chimes in on “My Kinda Nigga Part II,” adding her opinion on what comprises her particular “nigga” and meshing well with MOP’s flow. Nevertheless, Freddie Foxxx’s guest vocal on the proceeding “I Luv” blows any other featured artist out the box:

“I love beats that are hardcore, dirty and raw
I love takin niggas burners when they scared to draw
I love plottin on my enemies, I love to attack
I love beatin niggas down when they rhymes is whack
I love seeing emcees struggle to make
Themselves something that us real niggas love to hate
It’s too late
I love my Ninas and I love my fours
Blowin’ holes through the project doors in knife wars”

Although “Salute Part II” comes off as more refined than its truly more dynamic predecessor, it compliments the course of the album by slowing down the excitement for a more melodic groove, and still features those classic Premo cuts. This is much needed for shortly after, M.O.P. lets loose their production potential in the studio with “Fly Nigga Hill Figga,” a barrage of horns and drum kicks that make the listener stand at attention, while Fizzy and Bill “[turn] this conversation into a motherfuckin’ homicide.” Still, the album ends off on two more subtle songs, again demonstrating how M.O.P. can both produce a diverse range of music (“New York Salute”) and ride a more relaxed beat while still coming off with more energy than a power plant. At the end, you’re left extremely tired and wanting more. Even though it might still be a bit too gritty, and both Bill and Fame’s lyrics and content leave room for more variety and improvement, it falls in line with the consistent progression that is MOP’s discography (the penultimate thus far being “Warriorz”), and sounds just as effective today as it did then.

To the average listener, hearing M.O.P. has always seemed to translate as simple yelling and screaming over ruckus beats. But the more experienced vet embraces those loud vocals, feels the lyrics and pain behind them, and appreciates the dedication and uncompromising character that is the Mash Out Posse. It’s damn near fact that the First Fam represents the last of the hardcore hip-hop groups that were more than prevalent from the early to mid-90s, many of which have gone on a different path, changing to a more commercially viable persona. M.O.P. has not done that. In fact, it’s apparent that M.O.P. cannot and will not do so, as it’s simply not them. They hold true to themselves, and while it may not be the most spiritually uplifting or politically inclined music, its message is in the character of the group and the unflinching commitment to rep their hood, their streets, and their family. That always comes first. Salute.