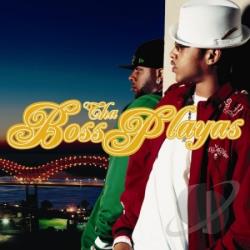 Boss Playas :: It Is What It Is

The Boss Playas are a pair of MCs, one from the South (Memphis), the other from the East (Buffalo, NY). They construct songs about partying, girls and getting money. Aside from how organic or how corporate-driven you assume this collaboration to be, Sonny Santino and Nomadik have at least a shared creative vision, and have a definite shared interest in making cheddar. I recently received an advance of their full-length coming out in mid-October, allowing me to share my initial views on the duo’s potential creative and commercial significance. My conclusion: are Boss Playas gonna change the game? Hardly (a cursory glance at their moniker and song titles would sufficiently clue you in on the group’s lack of any real innovation or even originality). But will they deliver a satisfyingly mainstream product complete with major-label sheen and big-budget production? Ya damn right.

The album opens with “Can U Dig?,” a pleasant enough track that is marred slightly by the repeated title phrase in each verse. The production is slow moving and sexy, used effectively by both MCs for one verse each before an uncredited soul crooner mumbles sweet nothings until fadeout. “Don’t Think I’m Wrong” is another one about (and for?) the ladies, employing chiefly a dusty soul organ, with skittering drums and a popping bass courtesy of Rico Wade. Once again, each MC is given one verse before an anonymous singer takes it home (you begin to sense the formulaic yet effective nature of the project). Things proceed nicely with the Spanish horns layered under a lead-heavy bassline on the title track, which pops like a freshly-starched collar. “Who’s Ya Boy” leans heavily on the Southern bounce sound, making it feel slightly generic, while a handful of other tracks scream for club play but are both too lazy (with their hyper-funky yet repetitive hand claps and helium bass) to get me dancing. Plus, the “get the party started” lyrical content is not gonna win many awards for originality.

In the end, the Boss Playas show effectiveness in sticking to the tried-and-true script of hit-making. Both of their voices, fortunately, are interesting and distinctive enough to enjoy, yet the lyrical content centers squarely on the usual P.I.M.P (Playas Into Making Paper) milieu. Uncredited R&B singers are featured on four of the six tracks here, leading me to further believe the desire for crossover play is heavy (advice: peep the Wu wisdom and drop that Rhythm and Bulls#!*). All this equals a product both super slick and sweet like candy, which works great for instant sugar highs, but may grow tiresome after less than a dozen spins. With the cynicism of a cat who remembers when Puffy’s shiny suits almost single-handedly ruined Hip Hop, I now see a shrewd marketing ploy combining the dirty Southern grit and bounce with the G-Unit-esque NY thuggery, leaving the Boss Playas to flirt with universality but in danger of pleasing neither camp. The trick will be to fill the full-length with some sort of substance in the midst of all this cotton candy.

Boss Playas :: It Is What It Is
7Overall Score
Music7
Lyrics7