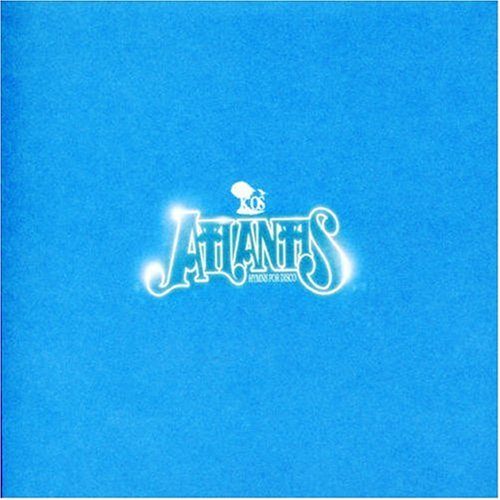 Artists such as Mos Def, Andre Benjamin and a handful of others pose quite a conundrum to the core hip-hop audience that is bent on typologizing and categorizing artists into specific camps within the music. Thus, when these artists experiment and take hip-hop in other directions, many so-called purists feel threatened, even betrayed that he or she would abandon the “real” for some new-age, faddish singing melodrama. What often becomes lost in the transition is the evolution of music and, in this case, hip-hop’s progression. This is not to say that overall, hip-hop is shifting towards a more vocal-driven, musically heavy form; but, perhaps one part of it is. Such is the beauty of this music: hip-hop, as a culture, is diverse and embraces all music as both an inspiration and a foundation. As DJ Jazzy Jay stated on Handsome Boy Modeling School’s second LP, “Hip-hop is the bastard child of a lot of different forms of music,” and its infusion and constant reinvention helps keep the music fresh. In the end, regardless of the samples used and the style employed â€“ that is, if the artist raps or not â€“ it is still hip-hop.

Let’s take K-Os for example. A Canadian artist who walks amongst the leaders of this rogue group of rap artists, K-Os (Kheaven Brereton) has progressed from simply rapping to a more musically sophisticated and sundry style that involves singing, perhaps even more than rapping. Is he still hip-hop? Does it matter? In my opinion, it’s an issue left to the artist to decide, to which K-Os emphasizes he is. However, as evidenced throughout his discography and, especially, his latest album, “Atlantis: Hymns for Disco,” it is not necessarily obvious that he cares to argue. Rather, his intention remains to walk his own path, creating the music that’s in his heart. Or, as he sings on “The Rain”: “You can try to hate, classify and write your rate down/ But I’m here to elevate/ I’ll be floating in outer space, now.” As the album proves from start to finish, K-Os may be floating out there, but he’s making some extraordinary music â€“ music to which one can dance, but also reflect. In the past, he didn’t shy away from the metaphysical, but he really embraces it in this album, adding as much fun and rhythm to it as possible, and faring very well in the end.

“Atlantis” blazes off with a futuristic take on boom bap in “ELEctrik HeaT â€“ the seekwiLL.” Buoyed by the thumping drum-line and record scratches of the world-renowned Lil Jaz, K-Os makes his presence known with simple, yet decisive, clear-cut raps, letting the listener know that the “highway” â€“ a constant theme throughout, seemingly referring to the mainstream â€“ is not his destiny. Rather, as the next song “The Rain” illustrates, he seeks to inject much spirituality, soul and personality into his music. Here, the piano chops and violins make for a strong climax as K-Os sings his pain away, just before bringing back the groove in “FlyPaper,” a more up-beat, “Crabbukit”-ish melody that questions the lack of social interaction, specifically of that in his own city of Toronto. While “Equalizer” sees K-Os bringing back his straight-laced rap to the tune of a chopped up “Jail-House Rock” live sample which gives away to a smooth, guitar heavy hook, the album takes off, yet again, with the solid single “Sunday Morning” meshing his raw vocals to the fast-paced rhythm and drum claps. While the beat will easily have the listener dancing where they stand, the lyrics will leave one pining for that day of rest and reflection (even if it’s thinking about what you did on Saturday night) that is typically Sunday.

Following the reggae-tinged “mirror in the Sky” is the rock hard “born to Run” which utilizes wicked electric guitars compounded by sharp snares that ease up when needed, only to rev right back up, and is accompanied by Kheaven’s philosophies on staying off the “highway.” He continues to successfully exercise his singing prerogative on the Sam Roberts assisted “Valhalla,” a venture into a Bob Dylan-esque experience that meshes well the vocals and guitars to the distorted raps of K-Os. The same combination of singing, rapping and guitars is brought in once more, this time to make the drastically different, disco-infected “black ice â€“ Hymns for Disco,” a club-enthused gem that is both nostalgic and modern. Finally, the album closes out on two vastly dissimilar songs: “highway 7,” an acoustic offering that has him crooning out his personal struggles, and “ballad of Noah,” a more up-tempo posse cut that also showcases K-Os’ harmonica skills.

Again, K-Os has made a musically fulfilling album that manages to cross different trails effectively, allowing for a most danceable, yet deep album. The only flaw appears to be his flavour for the abstract in his lyrics as, at many times throughout the album, it is rather difficult to piece together what his overall point is. Still, the message is not so much in what he is saying, but what he is doing and the complete blend of music and verse. In fact, while it is obvious that K-Os does not have the best singing ability, he does know how to use his voice and what his limits are, at least on record. Thus, he never steps out of his boundaries and proves that Zimbabwean adage, “If you can talk you can sing.” Still, I understand that such an album in the hip-hop community is a risk, most times with little rewards. Nonetheless, it’s an experiment that will also leave you challenging what hip-hop really is and where you can take it.

Personally, with each listen, though, I must admit that I feel less relevant as a reviewer and struggle to find meaning in rating particular albums knowing that its quality is truly relative to the listener. While some albums make its worth painfully clear, the value of “Atlantis” is not so easily ascertained, and depends largely on one’s taste and level of open-mindedness. And though it is obvious from what I have written that I feel strongly about the album, that it is one of the best releases this year and is a near perfect mesh of varying musical breeds, I feel somewhat hesitant to put this “opinion” to a finite medium. It makes me relish even more those spontaneous discussions about hip-hop music, when it isn’t some one-sided, knee-jerk reaction, but a passionate debate where views change and lessons are learned; where I’m less the critic and more a fan of music. That right there is hip-hop’s Atlantis â€“ that basement, corner block, or wherever, where you play tunes and talk hip-hop with your friends; but has been flooded over by the technological revolution which has resulted in an endless sea of critics, e-thugs, and message board posters claiming to be experts. Let’s bring it back. Let’s talk hip-hop. Hence, check out the album, as this is only my opinion, and discuss with your peeps â€“ trust me, it will make for an interesting debate.