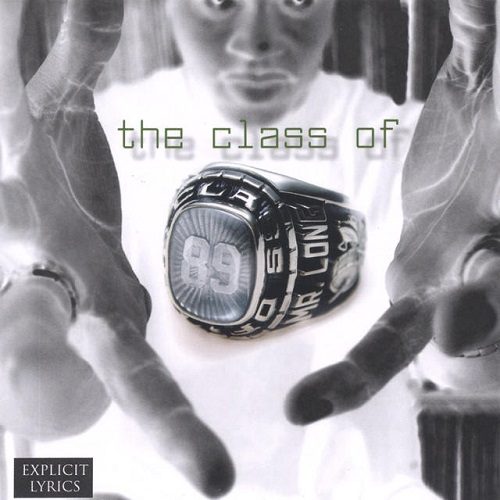 Nas present? I am. Rakim, you’re late again! Guess who’s back? Funny man, sit down. Busta here? Woohaa!!! A simple yes will do, Busta. And Mr. Kane, could you please sit up straight, and keep your hands off that poor girl! Class is in session.

High school reunions suck. Especially when your loud ex-classmates all have pursued successful careers, and seemingly haven’t aged for a bit. But not Mr. Long. Back in the days the kids in the hall still would call him Mista Lawnge. He was a legend to the students, and a Black Sheep to the teachers. Those memories are so dear to him he brought them back on his debut solo album “The Class of ’89.”

When “A Wolf in Sheep’s Clothing” came out, the so called Native Tongues movement was at the height of its popularity. The likes of A Tribe Called Quest, Jungle Brothers, and Black Sheep -creators of the earlier mentioned album – were Afro-American pioneers of thought-provoking, jazzy, and positive hip-hop music.

“A Wolf in Sheep’s Clothing” still is considered one of the classic albums of that era in hip-hop history. Black Sheep’s humorist, energetic style got them critical acclaim from both the fans and the, ehm well that figures, critics. But, to put it quite bluntly, that’s all she wrote. A Tribe Called Quest were able to keep themselves in the limelight, but although the ‘dark woollen animals’ did extensive touring and released a second album, they failed to retain that special recognition only true darlings of a musical genre generate. It eventually led to the break-up of MC Dres and MC/DJ Mista Lawnge in 2000.

Reunion plans have been eminent in the years after that split-up, but With Mista Lawnge’s “The Class Of ’89” it seems the two singular sheep forming a tiny flock again seems out of reach. Last year, suddenly a new album came out (“8WM/Novokane”), but the differences between the two remained. Dres now is working on his own solo career again, and is working on his second album. The artist formerly known as Mista Lawnge changed his name to Mr. Long, which isn’t as radical as Prince, but it does indicate some times are gone and stay gone. Surprisingly, Mr. Long announces he does want to revive other times that are long-gone. He is fed up with the way hip-hop is going and wants to bring back the days when music was all about having fun, and less about making money. Sounds as familiar as the plot of Jean Claude’s Van Damme’s next action flick. Since Mr. Long still IS one of the people who were responsible for those days, he deserves a closer look than most artists deserve who announce the exact same thing.

The initial impression of this album is the vintage sound it provides. The rhymes seem simplistic, the beats rather basal and banal. First impressions count, second ones matter. Although Mr. Long does not possess bulldozer battle skills, his words contain self-criticism and a general sense of humour most modern MC’s seem to lack. His bass voice shows confidence, and is attuned to the beats he created, like he shows on “Change the Game”:

“Everything you’re doing now, I did back in the days But I wonder how you got so wack in your ways I’ve been trying not to lose hope But it’s looking like wack is the new dope Y’all gotta twist it You need and try to raise the bar, and bring it up to par Because your carreer is not going to far And in a battle situation, dog, what would you do? Because your money can’t rhyme, nigga, neither can you”

The lines look familiar, but Mr. Long stays as far away as possible from the topics which are so prevalent in hip-hop these days: violence, making money, and turf talk. His focus is on positive anthems about partying (“Only in the Summer”), sex (“Lickin & Stickin”), and family (“Understanding”). Some lines are way too corny for comfort (“Here’s Hurricane Long; better head for the dome”…). Some beats sample music that wasn’t very audibly comfortable when it first came out (Soul II Soul sample on “Lickin & Stickin”). But in the end, this is an album lovers of old school hip-hop will cherish, because it provides what it promises: party tune.

This album made me feel I was listening to something that has been done before, but the funny thing is Mr. Long is just making music as he has been doing all along, and will continue doing. If you started out in “The Class of ’89,” and still sound like you are having a good time, you deserve recognition from both the old and the new. Class dismissed.