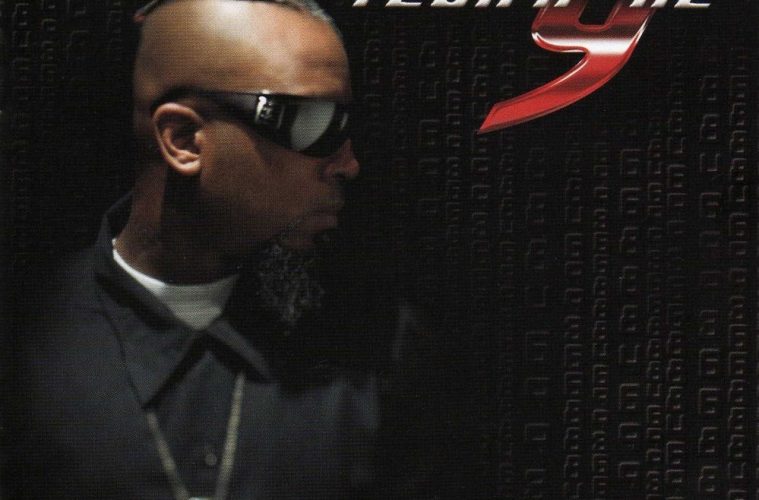 “It’s the one with the name of a gun, look at me momma what I’ve become.” What has Tech N9ne become? One of hip-hop’s best kept secrets. Few people rep their turf more and get less recognition for it than Tech does. There’s a certain amount of Midwest pride and bias in that statement, but it’s also a stone cold fact. Tech has been a cult favorite since the late 1990’s, releasing a half-dozen albums in that time, but finding his name raised above a whisper on the coasts of America is a difficult proposition. In fact it’s highly likely N9ne is better recognized in Japan and Europe than he would be in New York City, despite the fact artists have been blowing up out of St. Louis, Minneapolis and Chicago for years. So why does N9ne’s hometown Kansas City keep getting shut down at every opportunity? Maybe because Tech N9ne is an unapologetic “Riot Maker”:

“Ever been to one of my shows? Yeah, it might be crazy
In Ohio a chick got a little too hyphy baby
Stage divin and crowd surfin, couldn’t hold back
But they dropped her, now she’s unconscious with her skull cracked
Now when this happened, it wasn’t even durin my set
They wanted me to give a sign to post up the hospital, bet
When Travis told me we got papers, I thought he was playin
This bitch is suin Tecca Nina for one hundred grand!”

It’s hard to tell which one of this song’s many producers should get the credit – Robert Rebeck, Tyler Lyon, or Aaron D. Yates (Tech N9ne himself). Fuck it, give ALL OF ‘EM the credit, because this song lives up to the name to a T. This is heavy metal for ALL people, the kind of crunchy and funky music that hip-hoppers, skaters, backpackers and Guitar Hero addicts alike can all MOSH OUT to. Tech N9ne embodies the philosophy of making hip-hop universal as he’s unafraid to incorporate any sound in his music, ultimately converting them all into his own shit with his gritty gear-grinding, speed-shifting flow. Not surprisingly his ambitious approach to hip-hop wins him praise both among music fans and his fellow rappers, as witnessed by E-40 sharing the spotlight with N9ne on “Jellysickle”:

Tech N9ne: “That mean the cycle of jealousy’s real thick man
I’m feeling it’s ’bout to pop off real quick man
But I ain’t tryin to have the feddas come and pinch me
Cause he’s plottin on my cheddar, on my Minske
Never tempt me, The Grinch so you better never let another
nell nother fella come against me
Off in Missouri it’s, jellysickle city jealousy
Watchin and it ain’t the right stare, nightmares
Don’t let me go and rock the red spiked hair
They hate it when I do that right there“

E-40: “Quit bumpin your gums, park your tongue
Keep a real pimp game up out your mouth
If I get on your line and dump two in your spine
like it’s a eighties drought
I’m about that Valle-Jo, po-po be throwin tantrums
Cause I live up on a hill with a view on a acre in a big white who white mansion
I be all up in the dirty, where they cook them fried turkeys
Be up in Houston with Mike Jones and Paul Wall
You want that fast quota, I want that slow nickle
Everything I got I worked for so quit hatin on me nigga!”

The rest of Tech’s guests tend to be a little more obscure, largely family and 57th Street affiliates, although Brother Lynch Hung gets some love on “My World” and can largely relate to N9ne’s dilemma of being a cult favorite who finds it hard to move out of regional onto a national stage. There’s certainly nothing musically on “Everready (The Religion)” which suggests it should be a problem. Tech’s albums have become successively more polished each time out and this is no exception. “No Can Do” cleverly references “I Can’t Go For That” by Hall & Oates, but in a krunked out hip-hop context. “Bout Ta’ Bubble” is the kind of understated drum and bass track that proved a huge hit for everybody from Oakland rappers to Roc-A-Fella Records. Tecca Nina does get a little strange at times on songs like “Caribou Lou” and “Running Out of Time,” but it’s that dark personality he describes as “sick doc, I’m gridlocked, epilepsy and lupus, Alfred Hitchcock” and his ability to flip syllables as quick as Twista when he wants to that makes him stand out from the crowd. That’s why at this album’s conclusion it’s only appropriate for Tech N9ne to stand alone and simply declare “This is Me”:

“Never been a harder rhymer in my region or globally
that’s holdin me I’m totally hard and bossed up
Why you think the majority of the rap musical authority
sword me and barred and crossed up
Cause they don’t wanna let the crazy kid in then
Spit his hynms, dig to the grim religion
of rhymes, forbidden, my isms are hidden
My mind, ’til writtin then spittin the kid in
The N9ne, is playin you, slayin you, sprayin you
Permanently delayin you, swayin through, it’s the gay in you
that’s hatin who, something’s that hella beyond us
(I love Kanye, his shit is bombay, but I’m rough)”

True indeed. It’s hard to imagine what more Tech N9ne needs to do to prove himself to the outside world at this point, and this writer can’t imagine any circumstance where that wouldn’t turn shit sour real quick. Can you imagine Tech N9ne trading in his grimy K.C. flow for a bunch of blinged out jewelry and having Michael ‘5000’ Watts remix all his tracks? Perhaps, but then he wouldn’t be the Nina anymore. Can you see him flossin’ in a Bentley with P. Diddy up and down the streets of Harlem? Sure, but then he wouldn’t be Tech N9ne. The rest of the rap world is just going to have to learn to accept “Everready” as the new religion, because whether you hate it or love it he’s gonna preach it his way and his way only. If you’re open-minded enough to listen, that shit’s gonna be gospel. CHUUCH.