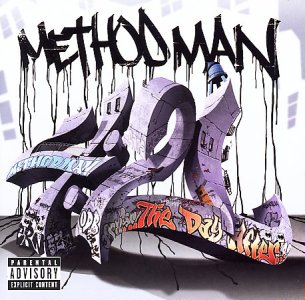 LISTEN UP~! This message is for the approximately three people left in the United States of America who haven’t figured out what “4:20” means. Bill O’Reilly, yeah you flagpole up the ass right-wing neo-Nazi fuck, I’m talking to you. Maybe if you smoked a little grass now and then you wouldn’t be such an anal retentive shithead. That’s right, “4:20” means you light that motherfucker up. It doesn’t matter if you actually do it at 4:20 P.M. on the dial, or if you even smoke on April 20th or not (although that’s the unofficial pot smoker’s holiday), it just means you take the natural product of Mother Earth and inhale its green goodness. Flash is not saying you should roll a blunt, light it up and blow the herb smoke right into a cop’s face, but I am saying that weed being illegal in 2006 is just a little absurd. If you can get your 4:20 on without getting behind the wheel of a car (don’t be stupid and pull a Rob Van Dam) then it’s all good to me.

Now as someone who grew up with asthma in childhood I’m not a smoker by any means, whether it’s poisonous productions like cigarettes or the natural marijuana that Mother Nature can make sprout anywhere. Nonetheless I can endorse the weed blessings just because of what they’ve contributed to hip-hop; the amazing amount of funky beats and rhymes they’ve inspired or created is truly amazing. Method Man has been down with the chron’ chron’ since the first days of the Wu-Tang Clan. In fact he’s more or less the self-appointed drug czar of the crew, not for banning them but for smoking them up. “What’s that shit they be smoking?TICAL!” ‘Nuff said. It’s really not surprising that Mr. Meth would come back in 2006 with a new album called “4:21… The Day After.” The difference between hard liquor and a joint is that with the latter you won’t wake up with a nasty hangover the next day, and the day after his “4:20” Method Man actually sounds doper than he has in years. In fact the smooth groove of the Erick Sermon produced “Say” may be the best lead single off a Method Man album since “Bring the Pain”:

“Damn, I hate it when it rain
Ever since I came in the game, some hated on the fame
A lot of niggaz done changed and started actin strange
Even labels turnin they backs and started backin lames
Radio is the same; whole lotta speculatin
These motherfuckers defacatin on the name
Wu-Tang, if this is where the hip-hop is
Radio lyin then, that ain’t where the hip-hop live
It lives in the streets, we eat to live they livin to eat
I’m fed up”

As he should be. It might have seemed like Lauryn Hill was co-starring on the track with him when you first heard it, but as it turns out her crooning of “they’ve got so much things to say right now” is sampled from a Bob Marley classic which she covered. Regardless it gives the impression they’re doing a fly duet while Meth is taking her advice and speaking on all the things on his mind, and the combination works perfectly. And speaking of perfect combinations, Erick Sermon does it again on the boards and laces up the track for Method Man and Ol’ Dirty Bastard to rap together on “Dirty Mef.” Say what? Yes the late great O.D.B. is on the album – either they had some vocals in the can that weren’t used or this was a track finished a while ago but never published. Well now that it’s hit the light of day Meth sounds inspired to be rhyming with Dirt McGirt; it’s just a shame Ol’ Dirty wasn’t a weed smoker instead of a drug addict and alcoholic or he might be with us today:

“When Wu is coming through, the outcome: critical
Fucking with this style, the outcome: get physical
Meth get lyrical, and ya’ll can get my genitals
Don’t forget them aid essentials, vitamins and minerals
Heh, ya’meen, I’m taking one for the team
Like Martin Luther King, taking one for a dream
I’m dope, to many fiends, live by many means
If you don’t stand for nothing, you’ll fall for anything
That’s real shit, let’s get this money real quick
Dirt Dog, I’m feeling this, but I’d rather feel rich
I mean filthy rich, I’m corporate now
Big Meth, the label’s Def, that’s why I talk so loud, nigga”

Method Man spends a fair share of the album linking up with his Wu comrades to create tracks that will make Clan fans happy. The RZA produced “4:20” features both Carlton Fisk and Streetlife, sounding as spacy and high as Method Man’s sticky icky. “The Glide” is also a RZA track, although this one is more of a banger and features Raekwon on some “Cuban Linx” shit along with the seldom heard Wu affiliated La the Darkman. Inspectah Deck wrecks the set on the Allah Mathematics laced “Everything” but it’s a reinvigorated Method Man who comes off the hardest and most determined:

“Y”ll ain’t never stoppin the kid, why y’all knockin the king?
Would ya like a shot of liquor or like a shot to the rib?
Plus you stay on top of they grills, stay on top of they biz
Thinking niggas plotting on hairs, think they not when they is
This is Staten Island gully, you dig? It’s getting ugly
And I ain’t found a court that can judge me, the block love me
Like nines to the side of the skully, popping they top
I’d rather pop bubbly, one for B.I.G. and one for Pac
Nigga, trust me, I’m hot as they get, like Al Green
Getting hit by a pot of them grits, yo, nahmeen?
Ya’ll don’t really want no parts of this, soon as a nigga
Start shining, niggas start some shit, my guard lit
Like a boss, head nigga in charge, get in these drawers
Fitted, nine inches bigger than yours”

It’s not just the Wu that Meth works with on “4:21… The Day After” though. “Ya’meen” featuring Styles P and Fat Joe is one of the hidden gems of this 20 track CD, a super hard New York lyrical anthem sure to be pumping out of boomboxes and trunk speakers for months. Versatile’s beat for “Walk On” may be directly copying the steelo of Public Enemy’s “By the Time I Get to Arizona” but I’m not mad at it, particularly since the loops are changed up and Redman is deranged up as the co-host. Even the crossover aimed shit comes off rugged how only Method Man does it, whether he’s splitting a dutch with Ginuwine on Mr. Porter’s “Let’s Ride” or closing out the album with the soulful songstress Megan Rochell on “4 Ever.” It’s a fitting note to end with. Despite Meth’s habit of coming with mediocre albums that tend to have one or two great singles, after all these years he finally seems to have perfected the formula on “4:21… The Day After.” The only complaint one could have about this CD is that it actually may be slightly overloaded with guests, meaning the deep and dusty voice that made him the Wu’s first breakout solo star occasionally gets overshadowed, but it’s a small price to pay to hear him come with the kind of album people have been waiting for since “Tical” first dropped. “4:22” anyone?