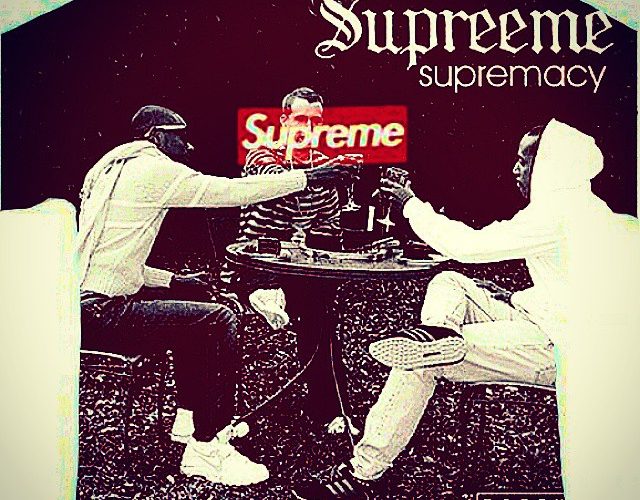 Straight out of the wild, wild west’s underground, Supreeme isn’t here to save the world from wack MC’s, or prove that they’re the best rap group ever. They just make good music and enjoy it. They’re not the hardest, or the best group to come out of the West’s underground, but they’re a breath of fresh air in any context. Made up of rapper/producer Dope Pope a.k.a. Tom Cruz (one of the better names in hip hop), Negashi Armada, and King Self, Supreeme is brimming with confidence, tinged equally with intensity, intelligence, and straight up goofiness. Over a banging Dope Pope production, King Self’s agile flow and irregular rhyme scheme announces the beginning of Supremacy on “All Day”:

“I’m about to risk everything for this sweet substance
It comes in abundance when others fall
To short, the ball is in all the courts
When everybody’s holding, it’s so cold in this game
So wear warm socks, cause feet get cold in this place
Interest gets lost, and then it’s over with, no trace”

Able verses come from Armada and Dope Pope, but it’s clear from the jump off that King Self is the most gifted lyricist of the group. His word choice and razor sharp vocals allow him to wrap his voice in and around the beats, and he switches paces at the drop of a dime, keeping him engaging. Not coincidentally, some of the album’s best moments come when he starts off the song, as he blazes across Dope Pope’s best productions, “All Day” and “Sleep.”

The MVP of this album, though, goes to Dope Pope. He handles all of the production on the album, as well has most of the hooks. “Supremacy” is most engaging when he’s on, his best productions and hooks make this album what it is. On the other hand, while he can certainly make a hot beat, handling a whole album seems to spread him a little too thin. The middle of the album sounds comparatively tired, and this is due entirely to his lackluster production. The album would have benefited tremendously if a couple of outside producers had contributed.

Even with a couple weak moments, “Supremacy” is effortlessly excellent in execution. It’s pure Supreeme, with only one skit and few guests; most notably Murs, who goes head to head with Negashi Armada in one of the album’s better songs, “Supply and Demand.” While not as agile as King Self or as melodic as Dope Pope, Armada drops quite a few hot verses, playing the glue between the other two.

From the quirk ode to sneakers, “Winterfresh” to “Farewell Wenches (Outro)” “Supremacy” is a rousing success. It loses momentum in the middle, but quickly picks it back up again with “Sleep” and doesn’t lose it again. A breath fresh air, Supreeme defies any label you could put on them other than “Must Have.”