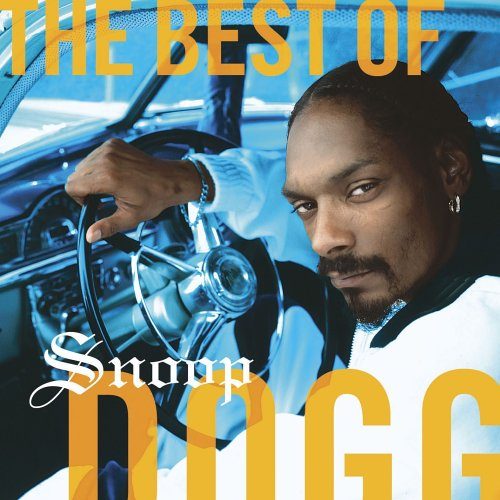 It’s hard to look at a greatest hits album and not feel that it’s redundant. If the artist is worth compiling in a “best of” format then odds are most of the people who know him/her have the albums the songs are culled from, and the rest out there aren’t a fan of the artist and wouldn’t buy ANY of their shit. There are only three ways such an album can succeed. One is that the artist in question is a hack with only one or two good songs per album so that the “best of” release is far superior to anything else in their catalogue. Another is that the album moves beyond compiling “the hits” and includes the B-sides and obscure remixes that would compel a diehard fan to buy it even with some repeat material. The last and arguably most common way is to simply budget price the album down to dirt cheap and include one or two previously unheard songs, one of which gets released as a single.

The first choice is immediately thrown out the window for Snoop Dogg’s “The Best of Snoop Dogg.” While his career has been long enough to include a couple of subpar albums, no one stands out as only having two songs that are worth listening to. Even the much-maligned sophomore album “Tha Doggfather” had a lot of choice material that was overlooked because it has the misfortune to follow such a smash-hit debut. Unfortunately “The Best of Snoop Dogg” also overlooks his sophomore album, but we’ll delve deeper into that in a minute. Snoop’s new album can also scratch the third method for success off the list. Besides being regularly priced and far from a budget title, this reviewer can’t cite any previously unreleased material or new singles on it. If you were looking for something brand new from Snoop Dogg, this album would go down as a dismal failure. You’d be better off waiting for an actual brand new full-length album.

Now arguably a few songs on this compilation are a little obscure, but not so obscure that hip-hop heads and/or Snoop Dogg fans wouldn’t have heard them. This includes “Hell Yeah (Stone Cold Steve Austin Theme)” from the “WWF Aggression” compilation and “Ride On/Caught Up” featuring Kurupt from the Caught Up soundtrack. Given over a decade in the rap game from which to pull tracks, this has to go down as a huge missed opportunity. Here are five truly obscure Snoop tracks that merited inclusion simply on quality alone: “Money” from “Voice of the Streets,” the “Woof!” B-side track “It’s All on a Ho,” the rare promotional single “Midnight Love,” his introductory “Deep Cover” single from the soundtrack of the same name and the classic “187” remix of that same song. One could in fact release an Ice Cube style “Bootlegs & B-Sides” for Snoop that would be just as good if not far superior in quality. Hopefully, someone in a position to authorize such an album will realize the mistake they’ve made not already having it out in stores.

So on three separate acid tests which could verify a reason for “The Best of Snoop Dogg” to exist, the results come back negative each time. Unfortunately for Snoop this is not the end of the litany of problems facing this release. Given no less than seven albums under his own name alone, not to mention co-sponsored “All-Star” albums and group releases like 213 and Tha Eastsidaz, it’s sorely disappointing how little creativity the organizers showed in picking songs for this album. Not a single track from “Tha Doggfather” is featured. The lead single “Snoop’s Upside Ya Head” isn’t on it. Underground classics like “Up Jumps Tha Boogie” and “You Thought” aren’t included. Personal favorites of mine like “Freestyle Conversation” his remake of “Vapors” – forget about it. What’s more amazing is that three songs are pulled from an arguably less popular and much more problematic album, his No Limit debut release “Da Game is to be Sold Not to be Told.” Was any Snoop fan really itching to hear “Woof!” again, let alone “Gin & Juice 2?” Only the pimped out “Still a G Thang” is really justified. This compilation also over embraces his “No Limit Top Dogg” release, including one-fourth of that album with five full-length tracks. Considering that even casual Snoop fans probably have a copy of that album that’s WAY too much repeat material. By pulling so heavily from his most recent albums, doing so little to truly profile his career, and completely missing the boat on either digging up some gems or showing off new shit, “The Best of Snoop Dogg” is quite simply an unqualified failure. Even the most loyal Snoop fan who buys every single and CD should bypass this one completely. This album was so disappointing the reviewer had to create a new rating to score it with. Snoop is not to blame and neither are the songs themselves; just the lame record label executive who half-assed both the conception and the creation of this release.