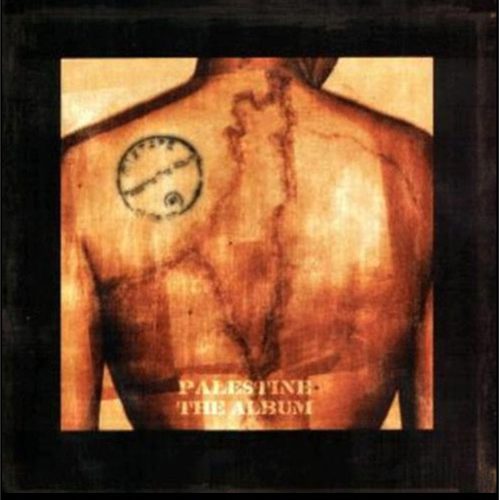 If there was ever a rap album to raise awareness and knowledge of a sensitive subject – this is that album. “Palestine: The Album” is a double-disc album that explains painstakingly why Palestinians and Muslims HATE Americans (and their failed implementation of a democratic state) and the historical context of the state of Palestine/Israel in observation of the modern conflict.

In 1917, the Balfour Declaration was proposed and harshly emphasized by the British in the aftermath of World War I in regards to the Ottoman empire. I assure you, as most know, this harsh separation between Jewish people and Muslims in what is known by us as Israel is so deeply rooted that I dare not probe at the heart of it, but it goes further back than the days of Pontius Pilot only about 20 centuries ago. For the purposes of this review, The Balfour Declaration was a formal letter from the British Foreign Secretary of the Conservative Party that affirmed support for the concept of a Jewish national state in the area of Israel as originally proposed by the Zionists. The condition was that this was not supposed to prejudice the rights of the existing people there, which of course, was an inherent problem. This was harshly opposed as it is also a highly religious location for Muslims and the Jews had just recently began mass immigration into the zone. Basically, the Western countries that made up the Alliance were picking sides and shunning people of Muslim belief.

This historical lesson leads to the first official song from “Palestine”, which features several muslim emcees expressing their feelings on the matter. “Balfour’s Frankenstein” teaches the lesson of the Balfour Declaration in its own hip-hop fashion, by stating how this monster was created and unraveled out of control – by us and with our support. The dramatic music is fitting and shrieking vocals are like something you would hear in a horror movie. Masikah and WG’s lyrics are as aggressive as you would expect from people talking about a subject that truly angers them.

“51st State” as performed by Lowkey, Wissam and Stylah puts the interpretation of Muslims on Americans in the most clear perspective. These words are heeded in the song:

“My brother it ain’t funny
You say you don’t support the beast
But you gave money
See me, I won’t contribute to the genocide
Whatever they try, Palestine will never die
So keep the road map
You give them billions
To kill Palestenians
And that’s a known fact
How many children have to die in the streets
Before we put a stop to this Zionist beast?
Palestine’s people can live well
Israel equals the US, the US equal Israel
Their funding this terror in the worst way
Welcome to Israel the 51st state
‘Star Spangled Banner’
Sad with the snakes
Big guns and big funds
The US of A
Handshakes and mandates
The lies and the hate
Welcome to Israel, The 51st State”

The previously noted verse and following chorus by Lowkey leaves a strong impression akin to that of Dead Prez or Immortal Technique who also preach on issues of racism. Interestingly, the collective of emcees on this album are also observers who are seeing their Muslim brothers being killed by the thousands in the wake of war – they all hail from the UK.

“Take a Look” is a song that has a bouncier beat that will appeal to more listeners than some of the darker material found on this album. This joint is done by DPZ who sounds like many American rappers, if you were worried that the album may be too muddled by akward sounding emcees, this is not the case. The sing-song hook is also an appealing aspect of the track.

Meanwhile, there are a few songs like “Sling Shot HipHop” that are good from a compositional standpoint, but oversteps its boundaries by alienating many listeners that are not Muslim, with lyrics like, “They hate me ‘cuz I’m Arab, I hate them because they’re racist. They hate me ‘cuz I’m better, I hate them because they’re useless. They hate me ‘cuz I’m Muslim, I hate them because they’re stupid…” The soul purpose of this album is not to recruit, however, with lines like that it is just adding fuel to the fire. It does not promote tolerance or equality, or peace which is the real bi-product of both of those ingredients. The truth is that no grouping of people is particularly better and the differences between races are exploited instead of embraced. This is also the case with “Reachout (for Palestine)” that starts off like it is going to be a inspirational track when ‘reach out’ is crooned so dramatically, but kicks into a violent gear.

When you pop in disc 2, you will be met with “Judaism vs. Zionism”, a teaching offered by Rabbi Aaron Cohen, who offers many informational lessons as interludes between tracks. This one is an explanation of the harsh dichotomy between Judaism as opposed to Zionism. It explains that Judaism is about compassion and Zionism is the antithesis of this because in Zionistic writings they are willing to overlook the indigenous people of Palestine. This is important knowledge that should be shared earlier in the album to raise an understanding of the difference between the two.

Perhaps the best track on the album finds it’s niche early in the second disc with Tef-Co’s anthem “Stand Up”. The production created by Tarmac is an emotive, symphony-inspired track that matches the anxious nature of the song when matched with lyrics like, “I believe in peace, but believe peace will never come. Too many mums lost sons and brothers to the gun.” It falls squarely into the higher epsilon of material the album presents us.

Ultimately, almost all of the emcees on “Palestine: The Album” come off as pretty slick on the mic over mostly drum heavy beats. The production, though coming from several sources, could be varied a bit more, especially considering the sizable length of the double-album. Aside from the problems with some of the messages from certain additions, they definitely have the ability to shine throughout the course of the two discs. Their English accents are not as distracting as some Hip-Hop material from the UK. The packaging and presentation of the album is nice, which is an aspect going into the creative process too often overlooked. The proceeds, in part, go to the Islamic Human Rights Commission, so it isn’t like these guys are just spittin’ game for the sake of controversy. There are a lot of reasons to support this album.

If you need a history lesson on the wounded holy grounds of Israel/Palestine, this is definitely the finest album that you will hear on the subject, because unfortunately it is a subject often strayed from by Americans who do not want to face the problems created in the aftermath of the Balfour Declaration of 1917 and so many other poor decisions from Western countries in regards to this tense area since then. Hopefully, the end result of the album will bring a much needed understanding of the Muslim perception of us and at least the slightest bit of tolerance will flourish from the seed it plants.