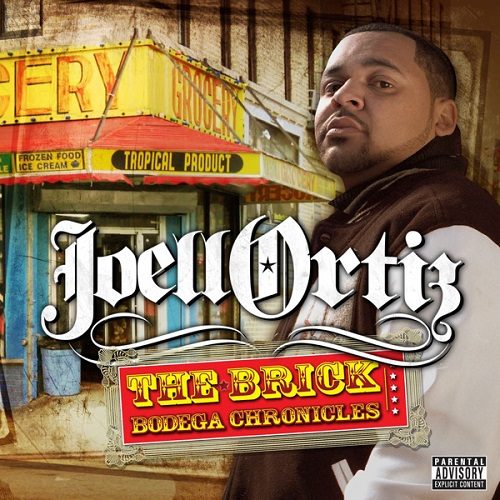 New York ain’t what it used to be. For as long as anyone could remember, it was the hip-hop Mecca. There was a sound, style and attitude directly related to NYC that everybody wanted to be a part of, whether that meant you wore Wu-Wear boxer shorts to bed or subscribed to Word Up magazine just because Biggie mentioned it in “Juicy.” New York was the embodiment of rap, and rap was the embodiment of New York, and if anyone disagreed, you’d just direct them to the discographies of the city’s countless heavy hitters.

The world, of course, changes dramatically. It wasn’t long before the south came along and kicked “Illmatic” to the curb, and BET all of a sudden wasn’t so quick to support the gritty struggler’s anthems that dominated airwaves years before. None of this is news, but what did come as a surprise was what may be considered the culmination of it all, in Ludacris winning a Grammy for best rap last year. I’ll refrain from commenting on that one and move on.

The truth is that the south is finally getting the shine it probably deserves, but it’s nice to see NY alive and kicking again in ’07. Nas and Jay-Z are making records, Boot Camp is back, and the mix tape game from emcees like Papoose and Saigon has resulted in a lot of buzz. With “The Brick: Bodega Chronicles,” Brooklyn emcee Joell Ortiz might be the next on everybody’s tongues.

Ortiz hates to waste a single line, and he’s got lots of ’em. He won’t cram a hundred syllables into a beat like Talib Kweli, but he will go off on a tangent, hardly taking the time to catch his breath. As such, he’s likely to draw comparisons to Canibus, but he’s not on some psychological, physiological, Reaganomical nonsense – Ortiz spills the beans. He’s an open book, oozing his personal experiences and feelings – but he ain’t Slug, neither. Dude is ferocious, funny, and has a presence almost unrivaled in hip-hop today.

Some of the more vicious, larger-than-life emcees guest star on “The Brick,” but they never steal the show. Ras Kass, who kills it on “125 Part 3,” sounds tame in comparison. Even the ferocious Immortal Technique doesn’t stand out on “Modern Day Slavery,” especially when his one conspiracy theory rap isn’t getting any better every ten times he spits it. It’s not that Joell Ortiz roars and breathes fire, but his energy is difficult to match, and his content is actually worth listening to.

“125 Part 2” is a hipster critic’s dream of a street tale, with imagery comparable to that of Ghostface or Cannibal Ox. “Chinese food is a gourmet meal, that general Tao’s chicken is always real,” or even better, “I come from the gutter, no I come from the bottom, no I come from 50 feet under where they found Saddam.” On “Brooklyn Bullshit,” he comes with the same nothing-to-lose, brokest-rapper-you-know attitude that’s propelled Sean Price back into popularity: “so what if it’s the second day I wore these jeans? I was chillin’ yesterday, they don’t stink – nawmean?” If it’s too gutter for you, he doesn’t care: “I just wanna know where the broad’s from/matter fact that’s just convo to get in her drawers, son.” Filthy.

Over more cohesive, consistent production, Joell would have limitless boundaries, but “The Brick” definitely doesn’t stand out because the beats are hot. “BQE,” however, is a tight piano beat, the Alchemist being recruited to compose the anthem. ALC and Ortiz tag team for an unrelenting street banger, one sure to find its way onto a couple mix tapes this summer.

With a deal with Interscope and support from Dr. Dre, Ortiz should get the shine he certainly deserves. Luckily for him, his greatest asset is possibly his crossover potential. The quality’s certainly there. Now for the promotion.