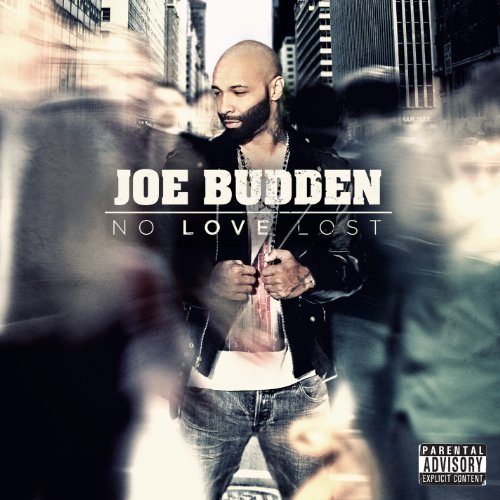 It’s hard to believe it has been ten years since Joe Budden debuted with his self-titled Def Jam release that contained the hits “Focus” and “Pump It Up”. Not because it seems like yesterday, but because he has put out a constant stream of work each year, knocking up at least twelve solo efforts that makes it seem like he has always been here. Much of Joey’s work blurs the line between mixtape and fully fledged album, but it’s fair to say that “Joe Budden”, “The Mood Muzik Trilogy”, “Padded Room”, “Escape Route” and “Halfway House” have each had their fair share of acclaim, albeit none have granted Joe with “best in the game” status that fellow Slaughterhouse-member Royce Da 5’9” was rightly lauded with back in 2008/2009. Speaking of Slaughterhouse, the four headed monster of hip hop that released a superb mixtape and equally impressive self-titled album (the less said about “Welcome To Our House” the better), I’ve always felt Budden was the weak link (cue mass amounts of hate mail). Royce is an animal, and Crooked has proved time and again how impressive he can be (personally he is my favourite member, minus the ridiculous tattoo incident). Ortiz usually adds some much needed tomfoolery whilst remaining the most down to earth guy too. But Joe Budden just never really struck me as the great rapper some proclaim him to be. There’s no denying the lyrical ability of Budden, he is a fantastic writer; particularly on story driven material such as “In My Sleep”, but when teamed with Slaughterhouse he is often “out-rhymed”. Perhaps this is why the release of “No Love Lost” feels like the perfect opportunity to strike out to a market not really targeted since LL Cool J started showing his six-pack: love rap.

“NBA” is not a comparable analysis of basketball to the rap game, but a garish boast-athon about money that doesn’t suit Budden at all. “Top of the World” is an oddly upbeat piece of music from Joe, which although devoid of any real emotional value, is insanely catchy thanks to the Drake-like hook from Kirko Bangz. It’s more strip club than nightclub, but Joe’s flow is on point and his demeanour lends the track an essence of fantasy that stops it from being too generic. Where Joe excels most is on the soppy “You And I”, a love letter of sorts aimed at a female in a similarly downtrodden time in their life. It can seem a little hypocritical, mixing tracks about being up in the strip club with ones proclaiming his love for exes, friends and everything in between. “She Don’t Put It Down” is as catchy as anything available in the charts, with Joey out-Wayne-ing Lil’ Wayne; “her ass is so mean, I’m always on her bad side”, whilst Wayne himself drops some good one-liners but is always guilty of a clanger; “I went dummy in that pussy, crash test”. I know the whole â€˜let’s say something, then end the line with a phrase that’s related’ technique has been the fashionable thing to do over recent years, but there is a thin line between dope and corny, and the majority of bars I hear using this technique tend to be corny. Thankfully Joey doesn’t adopt this method, and kills his verse. “Castles” is another single, this time exploring the theme of loneliness and a place many will relate to; overthinking when alone in your room. Musically it is a relatively understated track, allowing the rhymes to take prominence, which require plenty of digestion as every other line makes you think:

“My castle started shrinking, I tried my best to fight it
Don’t know how it happened, don’t know how they got invited
Was good with cabin fever, and maybe that helped create the space
Fuck your good intentions, more concerned with what’s taking place
But everyone feels entitled, made up their mind they got a right to
My peers transforming right before my eyes into my rivals
Y’all can have the cars, yall can have the clothes, take all that shit that I don’t love
I’m learning fast that recognition is its own drug
And what’s worse than some of your actions being feminine
Is I got no way of knowing if your moves are really genuine
You there when it’s bright, better be there when it’s dark
You wasn’t there for the ride, don’t be there when I park”

The mere presence of traditional kicks and dusty snares on “Skeletons” gives the album a much-needed shot in the arm. Crooked I is as technically airtight as ever, spitting about his alcohol addiction and an interesting bar about being drunk in an XXL cover shoot. Joe talks about his absent father and Joell Ortiz shares his tale of selling drugs whilst growing up, and one of his customers being a pregnant lady. Each rapper could have taken this theme and ran with it, especially as the hook is so good atop the piano jabs. Unfortunately for Joey, “Skeletons” stands out amongst the other tracks sheerly because of its interesting verses, authentic singing and banging beat. “Ghetto Burbs” tries too hard on the hook, with guest Emanny (a regular collaborator) eventually just crooning all over the beat, a strange concoction of late 90s rapid kicks and electric guitar lifted from F-Zero X. It probably wasn’t, but fuck it I’d rather be playing my Nintendo 64 than listening to “Last Day”, another track that sounds out of place. Essentially a reason to be as lavish and ignorant as possible, Joe joins Juicy J and Lloyd Banks in an orgy of expenditure, rhyming on an admittedly decent production, but certainly not done any favours by an A$ap Rocky-like hook. I don’t know who thought that was dope, but it’s not and I hope Keith David gets his royalties. “Switch Positions” isn’t a particularly noteworthy addition to the album, being a sex song that inevitably contains an oral sex line. There’s one on every other song, which leaves the listener with a mental image of Joe with his cock in some poor dame’s mouth every five minutes. It’s hard to swallow, blowjob. “Tell Him Somethin” is a showcase for Emanny’s imminent solo album, with more from Joey explaining how much better he is for said lady than the next man. After an hour of Joe Budden describing himself as God’s gift to women, he doesn’t do himself any favours and ultimately shows how arrogant he is.

The internal conflicts in Joe’s mind are what make him such an interesting listen, but whilst this methodology worked to a degree on “A Loose Quarter”, the mixtape preceding this release, “No Love Lost” is distinctly more hit and miss. For every interesting journey into the depths of Mr Budden’s psyche, there’s a poorly executed brag-rap to follow. For every mature love song, there’s a sickly one not far behind. “No Love Lost” strengthens the reasoning behind putting a few love-related tracks on a hip hop album. In short bursts, tracks like “Skeletons” and “You And I” are excellent examples of Joe Budden, and “She Don’t Put It Down” is as infectious as any other single in 2013. But ultimately, “No Love Lost” is too inconsistent to leave a lasting impression, and falls short of greatness.