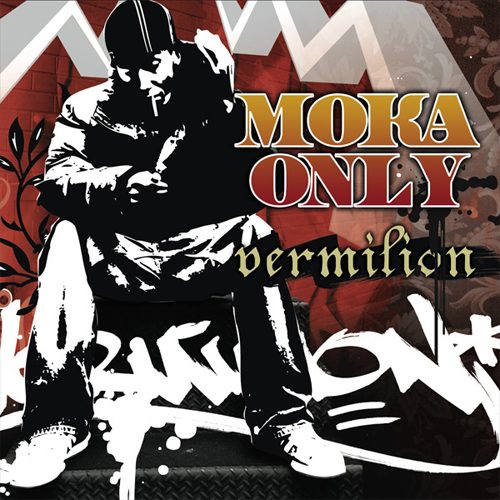 Recently at some industry function I witnessed the showcase of a local rapper who had just released his debut album. He had the prerequisite hypeman by his side, a highly welcome DJ behind him, and was joined by members of his crew later in the set. The performance was professional, even though only a handful of onlookers paid him any attention. The rapper did everything right to convince me as a fan. But to hear his witty, well-written rhymes and engaging beats blast out of the stage’s powerful sound system and to see him do his thing regardless of the low attendance, was a truly bizarre experience. Especially once his boys joined him for the finale, waves of amplified aural testosterone came crashing down on the couple of dozen people who happened to be present but for the most part minded their own business. It was an extremely wasteful display of power, and it felt like a ritual not performed for the mere mortals scattered across the former shed but for the gods of rap, including the uncertainty whether said gods bothered to watch or not.

The moral of the story? The typical rapper gives off so much energy that it needs to be absorbed by an audience. If a rock band would have been up there, focused on playing instruments and harmonizing as a whole, the lack of response wouldn’t have been as obvious. But most rappers, through the topics of their lyrics, the loudness of their music, and the way they perform, are demanding so much attention that to see them get no feedback is nothing short of tragic. Thankfully, since the days of Run-D.M.C. rap music has brought forth vocalists who can exist without an immediate response, who don’t purely feed off the crowd’s reaction. Moka Only is one such vocalist. That is not to doubt his credentials as a live performer, but any rapper who has that many releases to his credit is somewhat self-sufficient.

A 13-year veteran in the game, the British Columbia representative is one of the most productive artists on the Canadian scene. “Vermilion,” his latest, contains material recorded in 2005, some of which was rejected for “The Desired Effect,” an album Moka in the liner notes to its successor refers to as “The Not So Desired Effect” (high-profile input from J Dilla, MF DOOM, K-OS and Oh No notwithstanding). While he “won’t make a federal case out of this deadbeat industry,” Moka voices his discontent with former business partner Nettwork on “I Could Give A…,” and, with “Vermilion,” makes good on the promise to “still release as often as I get the urge,” refusing to “shuck and jive” and instead trusting his instincts: “I’m fuckin’ live / so why would I give up my style?”

The ‘style’ part probably refers to Moka’s stubborn ways, rather than his musical orientation, which in all likeliness was subject to considerable change over the years. On this revisited ’05 recording, he clearly follows the trails blazed by Dilla and Madlib. Any rapper slash producer that rhymes, “Took the keyboard, look at me Lord / layin’ it out like I took through a crooked fjord,” is going to be on some different shit. “Vermilion” is by turns eccentric and reclusive, a colorful kaleidoscope of playful melodies and strong rhythms. Most of the tracks last between two and three minutes. The diversity lies in the details, as once you zoom out and contemplate “Vermilion” as a whole, it is not a patchwork, but a richly embroidered fabric, one unifying element being the fine layer of static that covers many beats, another the warm, rich sound, and a third Moka’s relaxed flow.

The undeniable pull of this album is founded on the fact that it’s a one man show. “Oh my band? That’s my own two hands and ’em,” he quips on the trunk-rattling title track. Free from guest appearances, “Vermilion” allows Moka to focus on himself. But realizing that “this hermit shit ain’t doin’ me no kinda good / my nerves poppin’ off, shit is so Hollywood,” he reaches out to his inner circle and beyond, arguing, “If my closest don’t feel me, then I’m done / then it’s no way that a stranger gon’ feel some.” While many rappers flock to the center of attention, Moka Only places himself somewhere on the outer skirts of the rap universe. “Shake Dat Neck,” thumping with melancholic flair, sees him asking himself, “Tell me why do I bother at all? / I’m always gonna be way out from the mob.” “I don’t fit in with you niggas, I’m a clown here,” he observes, yet in all honesty he’s probably not that interested in fitting in anyway: “I was gonna leave it at one verse / but I’m never satisfied, so let me converse / with you evil, always one-sided people / y’all don’t know about the styles that I did, people / see me when you close your fuckin’ eyelids, people.”

“Vermilion” is that kind of intuitive record that you have to feel to understand. As he says at the top of the Hawaii-influenced “So Kona” – “The key is not to think too much.” It’s the idea of music as a magic carpet that can take you places. With Moka being the pilot that is just as excited about the prospects, declaring, “Let us see the shit that’s unsightly.” And: “You gon’ see the bigger picture when we’re airborne.” A lyric sheet would be a welcome inclusion, but as you close your eyes and take the trip, you accept that this rapper doesn’t have to spell out everything. But don’t let the nonchalant, from a technical point of view even negligent nature of the rapping fool you, this album runs on its author’s utter dedication to music. While both Dilla and Madlib worked momentary lapses into their production, Moka stays on point. For example, what at first glance seem to be instrumental interludes between songs, turn out to be dilligently designed finales that push a beat to new heights.

While looking back quite often during “Vermilion” (1992 apparently being a key year), Moka Only ultimately looks ahead, opening the album with a song whose hook goes, “This is now, do it for the future like they did back then.” While the future remains as uncertain as ever, it’s clear that every forward thinking DJ should have tunes like “Hibiscus” or “Shoofly” in his crates. Moka Only wants henceforth be known as Torch, but the release of “Vermilion” is a proud look back that even makes Torch exclaim: “We got the filthy old Moke back / the old smoke stack, that’s how he wrote that.” The smoke eventually clears, revealing a fresh, organic, uplifting album. You’d have to be a true sourpuss not to smile at the chanting kids in “Cheeka Cheeka.” Because, in the words of Moka, “everybody needs to have a childlike moment and escape.” With “Vermilion,” he’s offering you to share his.