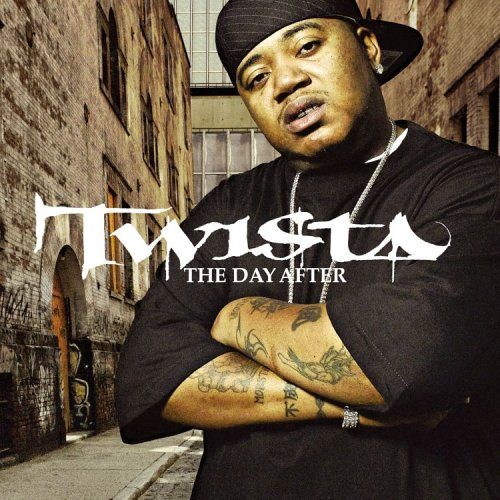 Chicago has become a hotbed for Hip-Hop over the past decade, but one of the men who started it all was Twista. His rapid fire flow put him and his city on the map. This year Twista has two projects coming out, a solo album, Adrenaline Rush 2007, which is set to hit record stores in August, and a Speedknot Mobstaz project set to follow in November. This week RapReviews.com sat down with the legendary emcee to talk about his longevity in the game, how he’s changed over the years, and what he feels needs to be done in order to help hip-Hop get back to its glory days.

Adam Bernard: It’s been a few years since we last heard from you, so what have you been up to?
Twista: Man, still recording and everything but working on other projects on my particular label and trying to live a little bit because I’ve been chasing the game so long that after Kamikaze and The Day After I just took a little, not a breather, but just a relaxed version of working. I chilled back a little bit, kicked it back in the city, visited my family and things like that and worked on projects in my crib. I have my own studio.

AB: Have you found that to be a better style of working for you?
T: For sure. When you’re younger you’re trying to come up, you’re still a rookie so you gotta move around a little bit, record in different studios, record under different engineers, so you never get settled into play, but when you get a little success going you can purchase a few things, you can get you a board, you can get you an engineer to come around a little bit and if you’re successful enough you can just get your own complete studio and do your thing at your leisure. That definitely makes it easier.

“I used to move around a lot but I like it better when I’m able to just walk into my place and do my thing.”

AB: It also sounds like those might be some smarter purchases than what we see some folks buying nowadays.
T: Aw yeah, you gotta reinvest into yourself. Some people like to move around a lot, but just me being a little older, I used to move around a lot but I like it better when I’m able to just walk into my place and do my thing. I can spend a night in there, lay it all out. I can act the fool in there, invite the homies over, get whatever type of ambience going that I want to so I can record.

AB: And thanks to all of that you have a new album coming out.
T: Yup yup. Right in the middle of August and this one’s called Adrenaline Rush 2007.

AB: So are we going to get the Twista from Adrenaline Rush or Kamikaze?
T: A little bit of both, but when I called it Adrenaline Rush 2007 it’s because I revisited six or seven songs that you’re gonna get that Adrenaline Rush vibe off of. When the album starts off it comes on with the same type of skits with me and some drama. It’s the same feel. For the new fans I’m just trying to introduce something to them that they haven’t heard before, but for people like you, you’ll get that feeling, whatever feeling you used to get when you put the Twista CD on, this is me revisiting that.

AB: People seem to be less and less interested in rap albums. A lot of people have their theories as to why. What are your thoughts?
T: Due to technology. At first when you wanted a Michael Jackson record or an LL Cool J record you would go get a tape or a CD, there was no other way, but now that everybody has a computer in their home, and not even just a computer, you can go on the internet on your cell phone. You have people buying music through their cell phones and their computers, people downloading stuff onto their iPods. Look at how many iPods have been sold and at the same time we had a decrease in the sales of CDs, so for an artist like me that’s been around for a while it’s obvious. The reason the sales of CDs are down is mostly due to technology because you have so many different outlets to purchase your music. And Soundscan only judges the sale of you CD not the sale of your song.

“[Rappers] to me focus more on chasing the dollar […] versus when rap first started it was about how you felt on that beat or how you wanted to rap.”

AB: Almost parallel to this we’ve had a lot of here today gone tomorrow artists. One, do you agree with that statement and two, if you do what needs to be done in order to get Hip-Hop back to the point where its artists are full fledged stars rather than one album wonders?
T: Well one I do agree because you don’t have a lot of career artists, you have a lot of one album or one single artists. You ask yourself how can an artist make so much noise and have everybody around the country singing their song but then his album comes out and not sell and nobody really knows who he is? It’s because, to me, artists focus more on chasing the dollar, or chasing the radio, or chasing the club, or chasing the ability to be played versus when rap first started it was about how you felt on that beat or how you wanted to rap. People weren’t into record sales it was just about I gotta be dope on this song, so people rapped about themselves on their songs, I’m Rakim, I’m LL Cool J and this is what I do, and they branded themselves. It was THEM and then it was “their music is dope.” Now it’s “their music is dope” and “oh, who was that?” So people gotta get back to the true tradition of emceeing in the true Hip-Hop form and that’s like bragging about yourself and the place to be and telling people what’s up and what it is and who you are, what you’re wearing and what you got going more so than chasing the hits and chasing different ideas and clichés and phrases and stuff.

AB: It seems like there are a lot of songs that try to create either new slang or new dance steps.
Yeah, and that’s cool but give em something else, too. I’m pretty sure each one of those songs you would like if you would hear a song right behind it, or see a person do an interview, or hear a different song from that person where you’re like “whoa, they have some skills.” Then you’ll be like oh this person get down, they do what they want to do, they just did that for the radio so he could get it poppin but man this is a person who’s really into emceeing, you can respect him more. There’s just a total absence of it almost.

AB: Back in the day, you know what, even recently with Eminem, he would come out with that one song that would be the lead single off the album which would get all the pop fans excited and all the Hip-Hop fans like “alright, what’s he actually going to come with.
T: Right, and then when he dropped the album you heard all this dope material. That’s what we gotta get back to, doing the one or two records that’s necessary but then let the album be a true sculpture of your version of what Hip-Hop should be.

AB: Do you feel people are less prone to give an album a chance now in 2007?
T: Yeah, there’s so much music you can’t give it the same chance. At first there may have been only seven rappers coming out in a particular year, now you have seventeen hundred rappers coming out in a year, so it’s like you really don’t have the time or luxury to sit back and judge a whole album as much as you used to because you have so much to listen to and so much to choose from.

AB: As one of the few artists left with real longevity, what do you feel keeps you relevant in the eyes and ears of the fans?
T: I know for sure my youthfulness. You can’t let it get too old, you can’t play out, so to speak, you have to be up on what’s poppin and have a current mind-state, be able to talk to the kids and be able to relate to the streets and what’s young. That’s one thing, keeping a close ear to the street. Then at the same time you gotta be dope. If you’re a true artist and a true emcee, you’ll figure out ways to constantly do things to survive in the game. You’ll keep putting out a nice single, or keep featuring a nice verse on somebody’s song. You just gotta keep it poppin, try your best to keep it hot and if you’re dope it’s gonna work for you.

“I think the first rapper I just flat out wanted to be like was Rakim.”

AB: What are your goals now?
T: On the financial side, to provide for my family. To keep getting cake and do what I do for my family. On the rap side, just really to create that legacy. Knowing that I’m the first rapper to get a major contract in Chicago and I’m still one of the only rappers here. I just want to continue that legacy. The same way Barry wants to break Hank Aaron’s record or Robert Horry wants to get another championship, you want to keep that legacy going once you get hold of something. I know I have something poppin here with the longevity that I’ve had in the game so I just want to keep adding on to the legacy and keep a level head.