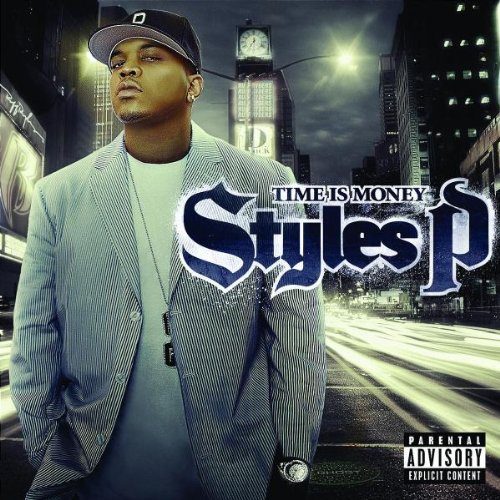 Not that anybody’s ever going to waste the time making an award and presenting it to him considering it’s such a limited category, but if there WAS an award for “most improved rapper in The LOX” Styles P would win it hands down. Four years ago I wasn’t really a fan of his style at all, in fact to me he was the weak link in the crew, but through cameo appearances and mixtape freestyles he has improved dramatically. You’ve got to give credit where it’s due – while Styles may never hang on the level of Rakim or Ras Kass, he’s certainly not going to make you regret listening to him spit. The long-delayed follow-up solo album “Time Is Money” is Styles bringing those improved skills to fruition on hardcore and thought provoking tracks like “I’m Black”:

Ironically Styles charted with this song a long time ago, which means Ruff Ryders and Interscope left a lot of money on the table by not capitalizing on the track’s popularity. In fact it’s safe to say there have been a dozen remixes both official and unofficial of “I’m Black” in the interim. Fortunately if there’s one thing Styles P has always been good at it’s coming up with singles that will please both hardcore LOX fans and commercial radio, and “All My Life” featuring Akon is certainly no exception to the rule:

“I’m a man so I shed tears
For my homies in the jail and my dead peers
Lot of blood dropped, they call these the red years
Dope sold, coke sold, so the feds here
Lot of gangsters in my town like they bred there
Outside all night cause it’s bread there
Want to beef well get a vest, get head gear
This the town where you get down or drown, nobody tread here
I swear to God that I’m tellin the truth
Was a felon when I fell in the the booth
They want me to fail, I got a feelin that they scared of the truth
Yo ‘Kon, turn me up so I can give ’em the proof”

I wish I could tell you more about who produced and designed these tracks (though obviously Akon did the above as well as providing guest vocals) but this advance from Interscope is so far in advance it doesn’t even have cover artwork or liner notes. In fact the names of the tracks are printed directly on the CD, along with a warning that this shit’s been watermarked so I’d better not let any of my friends copy it or the label is going to put a legal foot up my ass. It’s hard to resist the temptation though since there’s a lot of good shit to hear on “Time Is Money” from the triumphant opening “Gee Joint” through the hard as hell macking anthem “First in Line” with Mario Winans to the surprisingly deep collabo’ “Testify” with Talib Kweli. Styles rolls with Kweli now? It ain’t no joke – he can hang with him on the track and it’s a hot one destined to burn up mixtapes with or without my help bootlegging it. The same can be said for “Kick it Like That” featuring Jagged Edge or the “Who Want a Problem” remix featuring his comrades in The LOX that closes out this CD. If time really is money, it’s time for Interscope to stop sitting on their hands and put “Time Is Money” in stores. Every day they spend not putting this out costs both them and Styles P in the long run – it’s too hot for them to not drop.