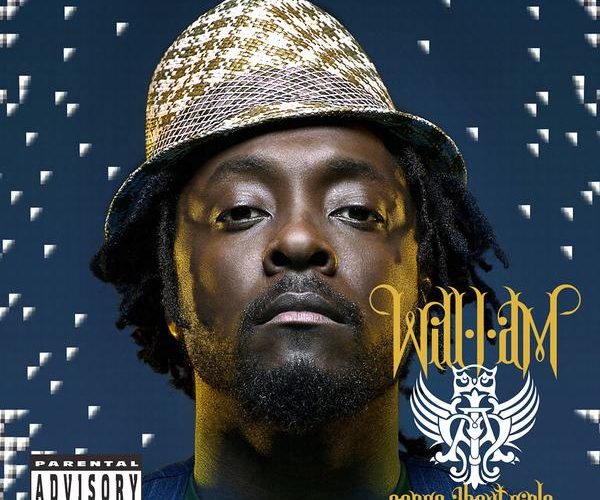 William James Adams Jr. is unconventional in every sense of the word. He refuses to spell his name with capital letters. He refuses to market himself as a hip-hop thug or trendy underground backpacker to sell more records. He produces such diverse beats for songs that it’s hard to pin down what genre they are. In fact will.i.am is so that his group Black Eyed Peas broke through all genre boundaries, selling to hip-hop and pop audiences alike, even launching the solo career of the singer Fergie. BEP doesn’t compare to any other group in rap, but a lot of other groups in rap get compared to them, and by extension will.i.am – the architect who gets wreck. As a solo artist he’s no less exciting. The “Must B 21” album was one of the most pleasant surprises of 2004.

Where does a self-produced unconventional hip-hop iconoclast with a long track record of hits and credibility go from here? Why he releases an infinite album of course! That’s the theory behind will.i.am’s brand new “Songs About Girls.” Although whatever version of the album you purchase will have a limited number of tracks (15 on the one covered here) will has stated in interviews that the album will be expanded over time because you can’t really run out of “Songs About Girls” to write, rap or sing about. He’ll distribute them any way he likes, but you’ll get them direct from him as the artist, without any record industry barriers being thrown up. This album could expend to 25 songs, 50, 200, who knows how far! Only will.i.am knows. Quoth will: “Having 12 songs on a record? That day is done.”

“Songs About Girls” has a parental advisory sticker on the front, but that’s largely to do with Snoop Dogg’s guest appearance on “The Donque Song.” There’s not much foul-mouthed here, and really there’s not much you could call negative either. “Songs About Girls” is not a concept in name only – will.i.am really is producing, writing, singing and rapping some songs about girls here. In fact it’s hard to tell if there are any other producers on this album at all. The unconventional will strikes again on the liner notes, which are five pages of artwork continuing the theme found on the back cover. The actual liner notes are underneath the CD tray, but to be honest cramming them all into that small space makes the font hard to read without a magnifying glass. Therefore it’s fairly safe to assume as he has in the past he once again produced his own tracks.

Those tracks have quite a diverse range of sound and style. will croons his way through “Heartbreaker” on a track that Timbaland and Justin Timberlake would be jealous of – well maybe not as a singer since Timberlake is vastly superior there but the song is bouncy, infectious and fun. “One More Chance” is not a slow ballad begging for forgiveness – it’s an uptempo track to wreck the discotheque. “Fly Girl” is a hip-hop attack built on a guitar riff where will gets right to the point: “And it’s that simple/simple as can be/I’m the only one for you/you the only one for me.” For another rapper this would come across as absurdly simplistic but in will’s heartfelt delivery these lines come across as simply profound. What man hasn’t felt that way about a fly girl? A flyyyyyyyyyyyyyy girl.

Trying to pin down what the elusive “Songs About Girls” is, is a futile effort other than to say it’s largely fast paced. Other than that will tackles any style he feels like with seeming ease, from big bass hits and synthesized vocals on “Make it Funky” to a light pop music shuffle song on “Fantastic.” Some will be tempted to say will.i.am’s “Songs About Girls” is not a deep album, but since when is writing songs about girls shallow? Every genre of music since the beginning of time itself has had songs about girls – loving them, losing them, finding them, being heartbroken by them, giving up on them or settling down with them. Let’s just be blunt about the situation – love and sex make the world go ’round, and for all you lovers and fornicators out there “Songs About Girls” is an album that theoretically has no end and doesn’t need to have one.