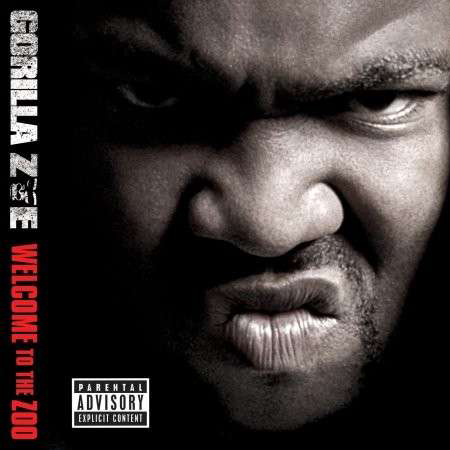 Gorilla Zoe :: Welcome to the Zoo

Alonzo Mathis has been working hard to get his name out to the world. You may not recognize ‘zo by his government name, but if you’ve heard Yung Joc’s hit single “Coffee Shop” you’d recognize his raspy Atlanta drawl under the hip-hop moniker Gorilla Zoe, and he is certainly not lacking in confidence.

“Steppin on the scene as I tilt my hat
Black Pat Sajak, bring anything back
I’m a hustler (a hustler) I’m just looking for a customer
I’ma get it whether rain sleet or snowin bruh
And for that cash flow your boy moves rapido
Ice latte, you don’t see that boy go
You need anything, you can call Gorilla Zoe”

What can Gorilla Zoe get you for ten dollars? Any’ting you want. (Any’ting?) Any’ting – well, any’ting except for hoochies on demand like cable TV. Go ask Luther Campbell for that hook-up. A little more than ten dollars will get you his debut album “Welcome to the Zoo” though. Zoe is proud of his Atlanta roots and unapologetic attitude, and on his Dee Jay Dana & Chris Flame produced lead single wants you to know he’s a “Hood Nigga” through and through:

“(Hood nigga) And I don’t need a scale for the work
I can eyeball purp, I am not you jerk
Hatin on me’ll make your situation worse
You don’t wanna take a ride in that long black hearse
All eyes on me, shorty I’ma bomb first
I’m the truth, and they say the truth hurts
Hustle mean hard work (hard work) if you scared go to church
Man this rap shit is easy, every beat I get I murk”

Zoe’s crunchy vocal tone meets with fluid breath control on this minimalistic track, content to ride largely on the strength of the beat and only bring in a lilting melody for the hook. It’s the kind of song that can propel Zoe to greater heights of fame than his work with Yung Joc to date, simply by virtue of standing out from the bounce, snap and crunk music so many of his fellow “street rap” MC’s are doing these days. Unfortunately this trend does not hold throughout all fifteen tracks on “Welcome to the Zoo.” On “Money Man” the trend of ballin’ rappers wanting big rims keeps getting bigger – 24’s are no longer enough so Zoe has to sport 28’s. I’m starting to wonder what the limit for tires and suspensions on most sports cars is and when a flossy artist or athlete is going to excede it. 30? 48? 72? Pretty soon your favorite MC will be rolling on 120’s. Actually at that point you might as well buy an M-1 Abrams tank and cover the shit in candy paint. “Crack Muzik” subtitles itself “This That Muzik” but the Drumma Boy beat and Jody Breeze cameo leave me thinking it’s “Whack Muzik.” Occasionally though Zoe’s personality shines through the mediocrity on tracks like “Take Your Shoes Off”:

“I wake up in the mornin still drunk from last night
The Chevy catch flight like a multi-colored kite
Blow pop paint, baby girl have a bite
Say she only like girls, me too, we both dykes
Mink on my back (back) mink on the seats (seats)
Mink on the floor take the shoes off ya feet (feet)
The whip go topless my Chevy’s a stripper
Got another just like her I’m in love with sisters”

“Take Your Shoes Off” also features Yung Joc, which proves to be a curious coincidence since Gorilla Zoe seems to shine working with this particular partner-in-rhyme. In fact when Drumma Boy does the beat and Joc cameos on the track “Juice Box” it provides one of the album’s best songs. Zoe seems to be the kind of rapper who could carve out his own niche in Southern hip-hop based on his unique gravelly voice and tendency to work humor into his bars, but he’s often dragged down by the cliches of sex money and drugs instead of transcending them. “Welcome to the Zoo” proves that Zoe has star potential – it’s just that he may have been shoved into the spotlight prematurely.