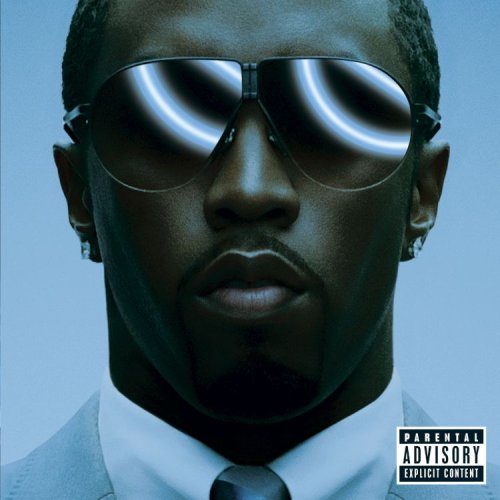 You can call him Sean ‘Puffy’ Combs, Puff Daddy, P. Diddy, or just plain Diddy if you prefer, but what you can’t call him is irrelevant. Whether you hate him or love him there’s no denying that over the last 15 years he’s changed hip-hop music and culture in a major way. It’s not a stretch to say the man is an industry unto himself – a record label, a clothing line, TV shows, a pair of restaurants named after his son, oh and when he’s not too busy doing all of that he actually had time to record and release a new record called “Press Play.” Combs is the kind of man who somehow squeezes 30 hours into a 24 hour day, so you just can’t knock the hustle. If you envy him, work harder; if you hate him, do what he does better and claim his spot. There’s only one word to sum up Sean Combs – juggernaut – or if you want to hear him sum it up himself just peep his “Testimonial”:

“Through blocks and boroughs, cops is plottin
Snakes slither while hustlers chop they product
Foreign cars exotic, got hoes hypnotic
While I cruise through the concrete, blowin my chronic
And I move like a diplomat, hoodie and fitted caps
Dwell in the habitat where cons and killers at
Faced a thousand deaths, cowards’ll bow to the feet
of the almighty, a God to the black child
I told moms I would be somethin
I gave myself to the world now it’s like you owe me somethin
Listen up, I got a story to tell
It’s like I fell out of heaven just to walk through hell”

We’ll assume a few creative liberties here and there, because I doubt Diddy really dwells where cons and killers are it with his multi-million dollar lifestyle. He does represent the American success story well though, coming from a life that may have been less than stellar given his father was murdered when he was only 2. It’s fair to say Diddy had a lot of obstacles to overcome in his lifetime and there have always been setbacks, from promoting a concert where 9 people were killed to having his record label’s top star murdered in a driveby shooting to even having defend himself against allegations he has mafia connections. It ain’t easy being Diddy but on “Press Play” he’s not trying to claim it’s all bad. Despite the fact Jadakiss had a song years ago named “We Gon’ Make It” it seems apt for Diddy to do a song with the same name, as he sounds an optimistic note about his future:

“As my, Daytons spin lowrider sittin low
Hittin corners so hard you can taste my rims
Hard top six-four, I’m Diddy no tint
I can’t hide in New York City
I’m ’bout it in the South, sleep good in the West
Know a chick from Watts with Bad Boy tatted on her breast
I done been there and did (I done been there and did it)
Ten years without gettin sweat inside my Yankee fitted
1990-Raw I showed you ice
You ain’t know who Jacob was so I showed you twice
When it was +All About the Benjamins+ I had two bezels on my arm
Like a Don’s supposed to, Sean”

Diddy continues to be something of an enigma musically. He was never that great of a rapper, particularly in the early days, but arguably as the biggest star left on his own label he’s had to hold the weight down and improved greatly over the years. He’s still for the most part lacking in depth and versatility, but like his diamonds the flow has become polished and glossy, with a better than average diction and tempo especially compared to a lot of overhyped and quite frankly shitty unsigned MC’s. It’s fashionable to hate Diddy just because he’s Diddy but it’s simply unfair to call him a whack rapper any more – even mediocre would be a bit of a stretch. Then there’s the question of how much of his music he really produces. Everyone long ago accepted Diddy’s best verses were ghostwritten (particularly by Biggie when he was still around) but few seem to delve into the question of how many notes in a “produced by Diddy” track can really be attributed solely to him. Even if he has the musical talent, and that’s a stretch considering many of his most famous beats are simple loops and/or borrowed from other people’s hits, when would he have time to produce AND rap on his records with his schedule? If you keep your eye on the fine print in the liner notes of “Press Play” the answer is clear – 90% of the time now he’s not even listed as a co-producer. In the end it’s to the benefit of this record. Havoc laces “The Future,” Just Blaze fires up “Tell Me,” Danja and Big Boi make you “Wanna Move,” and Kanye West pounds out drums, horns and pianos for a track that’s “Everything I Love.” Even the names I’m unfamiliar with like Jai and Young Lord do a fine job on Diddy’s lead single “Come to Me”:

“You know who it is, I’m back in the building
Security strapped, still stackin a million
It’s doubt with the stallion, somethin Italian
Or maybe Puerto Rican, you can catch me in Paris
I’m in it to win it but willin to carry
The game, if you think I’m not look at the carats
I buck clean about in a Phantom
The people go screamin like an opera anthem”

You can’t fault Diddy for making sure his record has good beats, let alone for the number of big name guests he puts on tracks to make up for his own shortcomings. Twista, Cee-Lo, Jamie Foxx, Christina Aguilera, Brandy, Mario Winans and even Nas all get down with Combs on “Press Play.” Still at 19 tracks long this album does tend to drag at times. “After Love” sounds like every cliched R&B track out there and the singer Keri does nothing to change this perception. I get no special feeling from “Special Feeling,” particularly when Diddy claims I’ll feel something I’ve never felt before when the entire song feels like a carbon-copy of 1980’s Prince. Quite frankly if I want Prince Rogers Nelson I’ll hear him do it himself. Still with all of Diddy’s shortcomings and flaws considered it’s still fair to say “Press Play” is an impressive accomplishment, especially considering any other sane man in his position ought to be too busy to record an album at all. While it’s far from the most important record in hip-hop in 2006, let alone in Diddy’s career, it’s one that does at least keep your interest the whole way through and is worth listening to more than once. Diddy is unapologetically commercial, so you shouldn’t have to apologize to anybody if you “Press Play” and listen to what he has to say.