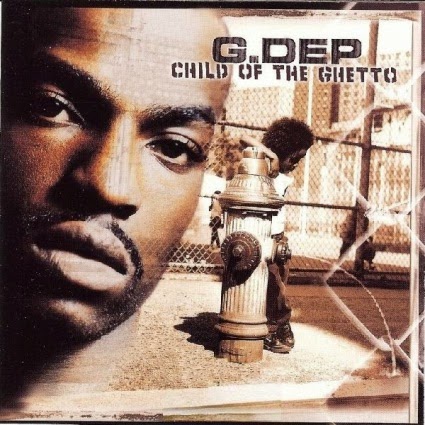 In the music industry, people are as quick to hail you for the heights of success you achieve as they are to shit on your head on the way back down. Even though Sean ‘Puffy’ Combs beat the rap on an attempted murder charge and survived breaking up with Jennifer ‘J-Lo’ Lopez, rumors still swirl around the self-renamed ‘P. Diddy’ like vultures. The latest is that his Bad Boy record label, a powerhouse of urban music for almost a decade, is out of fresh artists and financially insolvent. Don’t hire Enron’s accountants to look into the Bad Boy books though, either way.

Whether the label is hanging on the precipice of disappearing, one rumor certainly deserves to be quashed right now: Bad Boy is NOT out of fresh artists. Besides R&B sensations Faith Evans and 112, and P. Diddy’s own multi-platinum record “The Saga Continues”, G. Dep is the latest protege of rap’s royal family. He’s far from a new jack though – in fact he scored a LARGE underground hip-hop hit with the single “Head Over Wheels” a few years ago. People may be surprised he signed with Bad Boy, but who wouldn’t go from living on one check to the next to a million dollar contract? And like Black Rob and Shyne did before him, G. Dep lends hardcore street credibility to a label that has struggled with it’s hip-hop image since Notorious B.I.G’s death and the retirement of Ma$e.

G. Dep may be Puffy’s best decision to date though. Having already proven himself on the hit single “Let’s Get It”, that song and the title track “Child of the Ghetto” both migrated from P. Diddy’s last release to G. Dep’s first major label album. Vocally, Dep is blessed with a distinctive tone that is hard to compare to any MC, with only small hints of Guru and Nas in his voice. His rapping flow can be best described as an attempt to paint starkly real portraits of survival in the tradition of Kool G. Rap; and it’s little surprise that the latter makes a guest appearance on the song “I Am” along with legendary hip-hop artist Rakim. Speaking of the latter, a lot of artists have recently done cover versions of his early 80’s hits, but Dep’s “Doe Fiend” is perhaps the best of the bunch. Dep uses the original as a template to mirror Ra’s memorable quips but creates an entirely new narrative.

Although Bad Boy has for better or worse earned the reputation of a label which makes hardcore MC’s create pop hits to disco beats, G. Dep definitely ain’t having it. Even his crossover hit “Special Delivery” features an EZ Elpee beat which could best be compared to a Neptunes track mixed with the hardcore attitude of “It’s All About the Benjamins.” Even on the smoothed out tracks like Ron ‘Amen-Ra’ Lawrence’s hot beat for “Everyday” Dep raises the ante by lyrically blessing the track with rhymes that will remind his underground fans why “Head Over Wheels” was such a sensation – ain’t nothing sweet over here:

“It’s like I’m trapped in a maze walk around in a daze
I won’t rest ’til I’m paid or I’m down in my grave
I wanna look tough, but my sneakers is scuffed
Everyday pants in the week is enough
I had a little money but it came and it went
Now it’s either pay the rent or stay in a tent
And it don’t make sense how the shit is intense
And all you got up in your pocket is lint, you get the hint?
I had a cigarette for breakfast, just for beginners
Pride for my lunch and sleep for dinner
Tried to go to church, priest called me a sinner
And called me everything, except for a winner”

The skeptical rap fan in the audience is going to question why any Bad Boy release deserves high praise, but probably fail to realize that Ma$e aside Bad Boy’s rap releases tend to be their HIGHEST quality work. There are too many ill songs to deny G. Dep his time to shine, even when it’s WITH Shyne on the ill piano riffs of “Keep it Gangsta,” heavily symphonic presentations like “I Want the World to See” with Joe Hooker or crooner extrordinaire Carl Thomas singing his smooth vocals on “It’s All Over.” The best thing to tell people who know Dep from the days you could only find his records at Fat Beats or Rock & Soul is that signing with a major hasn’t changed his MC skills, and in fact he benefits from a roster of Bad Boy’s finest beat producers throughout. People seem to obsess over the ratings reviews receive on the site, so let’s set the record straight: if an eight out of ten overall is to SOME people equivalent to four mics in The Source, G. Dep definitely earned it. Don’t hate, just congratulate.