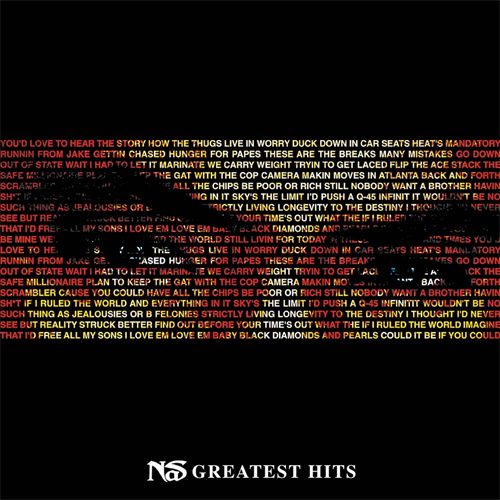 Like the author of these rhymes, this portfolio is sure to raise a spot of controversy: amongst hip hop aficionados, who will cry foul at the exclusion of various national treasures; amongst more casual fans who will search for the hits they know; and amongst the die-hard fans, who have followed QB’s finest since his inception. In fact, the tracklisting has been available for a couple of months now, so people knew exactly what was coming. The opener is a brand new song, followed by an outtake from a film soundtrack; then, twelve flutes of the finest vintages, in particular that full-bodied year of 1994 (that really was an annus mirabilis.) Well if you want controversy, keep reading – I guarantee at least a few faces will be as livid red as a glass of Merlot.

But first to the collection itself. The opening piano chords welcome the listener to the reflective “Surviving the Times” produced by his buddy Chris Webber – the beat is a huge improvement on Webber’s “Blunt Ashes” from “Hip Hop is Dead” and it serves as the perfect introduction, as Nas explains how he got into the hip hop game:

“I’m with Akinyele in the street, trying to get us a deal
G Rap tried to get us to sign to Cold Chill
But Fly Ty didn’t have the contract we wanted
Clark Kent just signed Das, he didn’t want us
Russell said I sounded like G, the nigga fronted
Reef and Matty C offered me a little money
Shit a little funny, feel a little laughter
Rebel of Hip-Hop coming through a white rapper
My boy MC Serch nevertheless
Took me to Columbia, back then CBS…”

The next “new” track is culled from the Rush Hour 3 soundtrack, a Cee-Lo featurette with Nas effectively playing guest duties entitled “Less Than An Hour” – it is a fast-moving number with crisp drums and sweeping violins, proving just about solid enough to warrant its inclusion. An aside: at the end of the track, Cee-Lo croons “I only have less than an hour” – the compilation, clocking in at less than an hour, then sparks into life with “It Ain’t Hard to Tell.” It is a clever little touch, and so the odyssey begins in earnest – it is chronological from hereon in, so four tracks from “Illmatic” is the only place to start. Trying to select four favourites from “Illmatic” is akin to asking a mother to choose between her children – well, not my mother, she pick my big brother in an instant, but you know, normal people. This is the final decision: “It Ain’t Hard to Tell” opens the sequence; “Life’s a Bitch” follows; “N.Y. State of Mind” and finally “One Love” close the 1994 chapter. Stop screaming!

Yes, there is no “The World Is Yours” – not his greatest hit, but certainly his greatest song. The whole world and his dog seems perplexed by this decision – in my mind, there are arguments for and against including it. In the “For” corner, it is simply one of the greatest songs of all time meaning it should be in, and if future generations know anything about Nas, it will be through a greatest hits compilation – that is real life. For Biggie and Slick Rick, who only managed two (real) albums apiece, the rules are simple: buy the albums. For artists such as Nas and Jigga, future music fans with their ever-reducing attention spans will ONLY purchase a greatest hits album, and under great duress at that. I don’t blame them in the slightest – I simply adore the Beatles, but don’t own every album individually. However, the argument against including it is quite simple – if they included “The World Is Yours” on this collection, the chances of people buying “Illmatic” would reduce. Think about it, everyone constantly goes on about his debut and its greatest song – if it is simply on the greatest hits CD, the incentives to buy a short ten-track debut are reduced. And surely “Illmatic” should be listened to in its entirety. Either way, it is missed dearly.

After this, tracks are cherry-picked on their own or in their braces from albums up to and including “Street’s Disciple” – starting off with the track that actually broke Nas into mainstream consciousness, the eternal “If I Ruled the World” featuring the legendary Lauryn Hill, followed by the slightly questionable inclusion of the “Street Dreams” remix featuring R Kelly. Other highlights include “Hate Me Now” and “One Mic” – songs that will simply take the breath away of future hip hoppers, making them wonder if such a rapper really existed. “Got Ur Self…” and “Made You Look” compliment one another perfectly, if almost entirely contradicting the uplifting and positive youth anthem “I Can.” Last up is the heart-warming father and son duet “Bridging the Gap” which a nice note to end on.

So to the misses – whilst my favourite Nas song of all time is “Memory Lane,” I know in my heart it wouldn’t really go; however, songs such as “Get Down” and “Just a Moment” would have been a snug fit. “Ether” is legendary, but perhaps it is time to move on from the Jay-Z beef. I’m not even lying, but just this second, a car passed by booming out “You Owe Me,” the Timbaland/Genuwine collabo – at the risk of incurring the wrath of the Gods of Hip Hop, it should have been in there. It is his biggest commercial hit – it didn’t nearly ruin his career, substandard albums did. My favourite Marvin Gaye song is the joyous funk of “Got To Give It Up” – ahead of “What’s Going On.” And what of “Halftime” and “Nas Is Like” being denied access? Actually, they made the final cut.

Yes, dear Reader, you read that correctly – they made the final cut. You see, the domestic version is exactly as described, but internationally, there are three bonus cuts. As it stands, the fourteen-track compilation isn’t really that breathtaking an experience – but what if you added “Halftime” and “Nas Is Like,” with “Thief’s Theme” to round things off? Well, NOW you’re talking. That is what is available on offer outside America. The album is instantly transformed into a much more worthy purchase – download the odd missing track, such as “The World Is Yours” for a bit more, and you’re good to go. The contractually missing tracks from “Hip Hop is Dead” will surely be included on a further installment, and his “Nigger” LP is just around the corner now, so more hits are abound.

Back to the original target markets: hip hop aficionados that don’t own all of Nas’ albums are probably worst off and left in limbo, and unless they are able to cop the international version, I can only recommend this collection somewhat half-heartedly; for more casual listeners, it serves as a solid introduction to a legend, albeit without a couple major commercial hits like “You Owe Me” and “Oochie Wally”; and for die-hard Nas fans, well there is no point, as you could download “Surviving the Times” and create your own playlist. But there is one target market, the most crucial one that is continually ignored – future generations of music fans. Best believe that they will have Nas’ legendary status crammed down their throats, and it is they who will carry the torch and purchase this album more consistently.

So if, in twenty years time, you are reading this as someone who knows Nas is important, but you’re not entirely sure why, then you have to buy this album. It will change your life. Nas is and always will be one of the very greatest rappers of all time – his importance has reached such a level that his line in “Hate Me Now,” where he claims to be the “most critically-acclaimed Pulitzer prize winner” might seem like braggadocio, but to my generation of hip hop fans, he is up there with one of my own and America’s favourite authors, Norman Mailer, who passed away a few days ago. Mailer won two Pulitzers, and Nas reminds me in so many ways of the old warhorse – go read the Mohamed Ali-driven “The Fight” for a brief and enjoyable introduction to his novels. This isn’t a perfect celebration of Nas’ work, and that seems almost fitting for an artist that has had as many ups as downs – however, at very least, each track on here is marvellous. Just try and cop the international version if you can. You won’t regret it.